A Conversation with A Novel Idea's Cinnamon Dokken


"When you have a good relationship with a bookseller, or a librarian, or a teacher, that person can just put the right book in your hands at the right time." 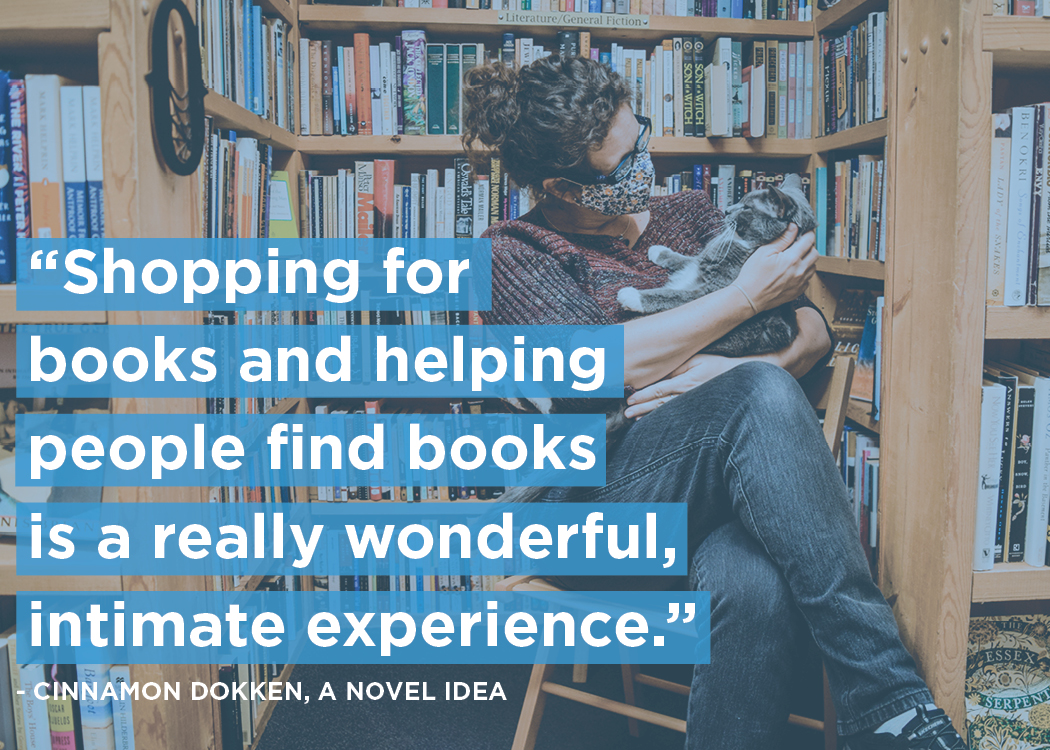 This is Cinnamon Dokken’s 30th year of owning and operating A Novel Idea, the cozy bookstore on 14th street that always seems to have a cat or two gazing out the front windows.

She opened the shop in college in a space with no heat, which she describes as her “uphill in the snow both ways” origin story. Today, A Novel Idea is a safe haven for book lovers in Lincoln and beyond. Weekly Facebook posts showcase new arrivals to the shop, and the comment section is always quickly flooded with customers calling “dibs.”

Dokken talked to the Downtown Lincoln Association about cats (of course) and the intimacy that comes with owning a bookstore.

DLA: What inspired you to open a bookstore?

Dokken: I'd been buying books with the idea that at some point I would open up a store—six or seven years down the road, something like that. And then there was this little space for rent over on "O" street, it was called Bargain Barn, and I had a little booth there.

I was writing for the Daily Nebraskan, and I had a partner at the time, and he and I were both writing for the DN. And we put the name of the store up to a vote in the newsroom. I had an interest in psychology, and I just thought "The Inkblot" would be really funny. But I'm so glad they chose A Novel Idea.

What I love about it, though, is that it's constantly interesting and challenging. I learn everyday. I meet the neatest people. It's amazing.

DLA: Have cats always been a part of A Novel Idea?

Dokken: The first store didn't have heat, so we didn't have a cat there. It would've frozen to death! But when we were moving to this location, one of our customers found a little gray tabby. He had burnt paws and frizzled whiskers, so we stopped the moving process and took him to the vet. He became our first cat.

The other cat was in the alley, and just was in terrible shape. We weren't really wanting another cat, and we called animal control but they were having a really busy day. They said if we had any interest in keeping him we could take him to the emergency vet. It was a cold day in November, we couldn't let him die on the doorstep. So we took him, and that's how we got Silas. And Silas, our black and white cat, he was the most famous cat in the nation. He was on Jeopardy, for crying out loud.

So we've just had cats here ever since. Eddie is our second addition, and Charlie is our third addition. 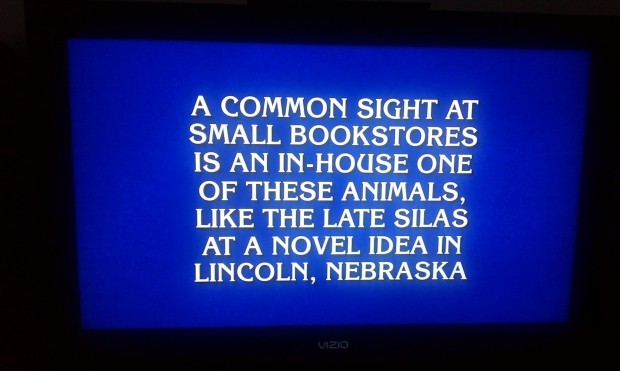 DLA: How did the Jeopardy thing happen with Silas?

Dokken: I really don't know. I think that they might have had a writer there that's from Nebraska, but also Silas was the number one bookstore cat in the nation on Mental Floss. He sort of had some fame on his own.

And I tell ya, when that cat died, we had mail from all over the country, and three foreign countries, and email, and phone...

DLA: So the cat thing just became a defining characteristic for the shop.

Dokken: Yes, indeed. I think it's a nice way to help people relax and to feel a sense of home, which is really what we want to foster here.

Shopping for books and helping people find books is a really wonderful, intimate experience—having people be comfortable and talk to you about what they like and don't like. And we aren’t judgmental about whatever you're reading. We want you to be happy reading whatever it is. It's great to feel that sense of trust that somebody will have in us to say, "can you pick out some good books for me, I'm going through a really hard time." And to feel like you can really help with that.

And then people say, "can you pick out books for my four year old?" A place like this is somewhere where you can spend your entire life. We have little tiny kids who came in who now bring their tiny kids. So many babies toddling up and down the main hall. So that's my goal. To make a place where people can enjoy the entire arc of their existence. It's a real privilege to get to know somebody from when they were small, and how they grow and change, and the kicks that they get on.

When you have a good relationship with a bookseller, or a librarian, or a teacher, that person can just put the right book in your hands at the right time. And it does make a great difference in your life. You're exposed to new ideas and wonderful possibilities.