Bringing the Modern Hair Salon Back to its Roots 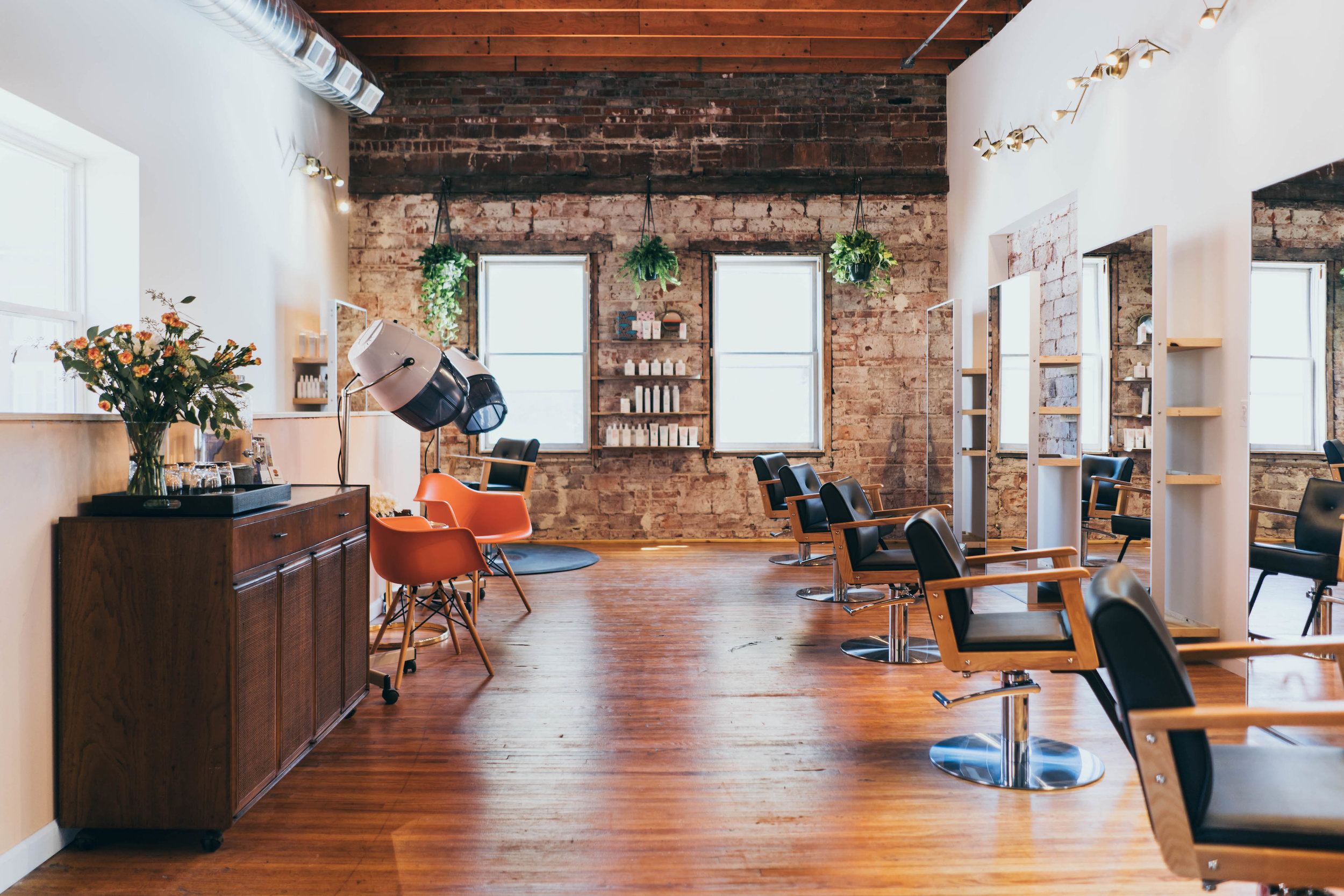 When Addis Browne stepped into the second floor space at 325 South 11th St., she was met with holes in the floor, walls without drywall and no plumbing or electricity. But she saw the potential: there were beautiful oak floors, exposed brick, windows and plenty of room for conversations to spark and families to sit. The space, she decided, was the perfect place for her first salon.

Browne has since transformed the upstairs suite into her unique vision.

“When I imagined having a hair salon I really liked the thought of being downtown and having the aesthetic of old and new put together,” Browne said. “I think I just really wanted the space to not look like a salon as much as other places.” 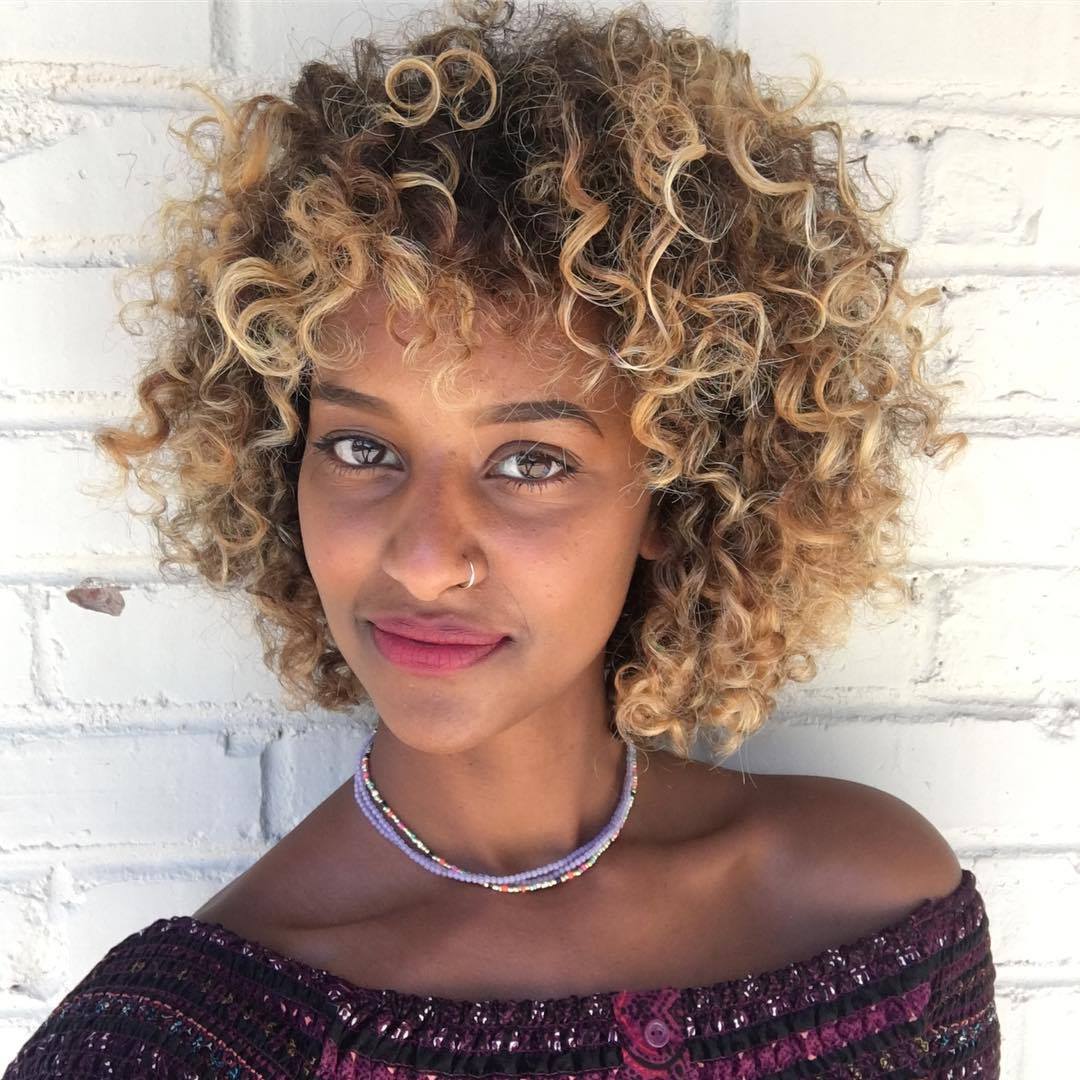 With the help of Heartland Interior Design based out of Omaha and locally sourced furniture from Home & Closet in Lincoln, Browne and her team took the name “Roots” and rolled with it. While keeping the building’s original floors and brick in tact, bright botanical wallpaper now covers one wall, raw ceiling beams are left uncovered and you’ll find a house plant in every nook and cranny.

“And to me, roots are important because Lincoln has pretty much been my home base,” Browne said. “Our community here is really awesome.”

Browne designed the salon with the former Salon F, or Fernando’s Salon, in mind. The salon, which was open for 47 years before it closed its Clocktower Shopping Center location in December 2017, was Browne’s first job straight out of hair school.

“I started there in January of 2010, Fernando was 76 at the time,” Browne said. “Fernando was always there sitting in the front. He was doing the same clients that he'd had for the last 45 years. So it was always about the family and his clients and the connections that he had. So straight out of hair school, I think that taught me how to connect with clients, make them feel like family. And I wanted to have a salon atmosphere that feels like that.”

After six years at Fernando’s, Browne was ready to go off on her own and rented a closet size space at Calvert Salon in Lincoln.

“It was about learning about how to establish myself as a business and do sales tax and payroll and stuff like that,” Browne said. “That took some time to learn. It was a really good stepping stone.”

But Browne missed the family feeling that Fernando’s had. At Calvert, there was no interaction between stylists and other clients. She told herself that in two years she’d start her own salon—one with windows!—and in two and a half years she had signed the lease for the upstairs space on 11th street.

Renovating an old building’s space and getting everything up to code did not come without challenges, but Browne persisted. 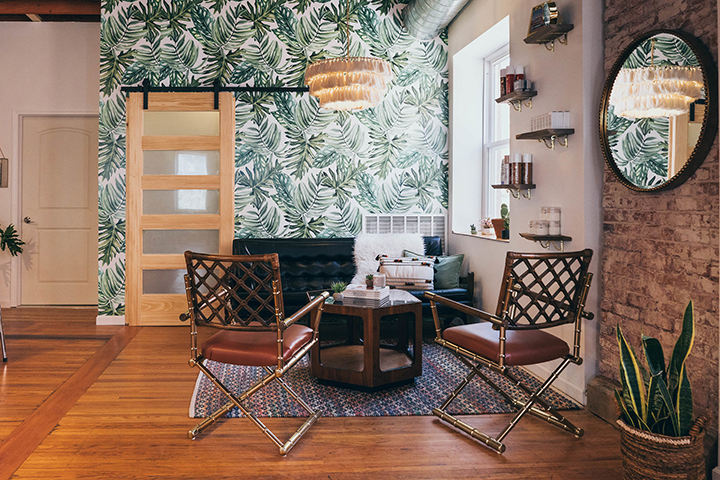 “In June and July I wasn't making any money while we were working on the salon, which was really tough,” she said. “Every challenge opening the salon was frustrating, but then my clients were really forgiving and understanding and excited. But I think everything has really flowed the way it should.”

The salon is even participating in Lincoln First Fridays with a rotating artist every month.

“I was really intentional about working with positive, encouraging, and creative stylists that always want to keep learning and bringing good vibes here,” Browne said. “With that, we attract clients that really want the same thing. It's super important.”