Bringing the Skateboarding Community Back Downtown


Precision Skateboards has been around the block a few times—literally 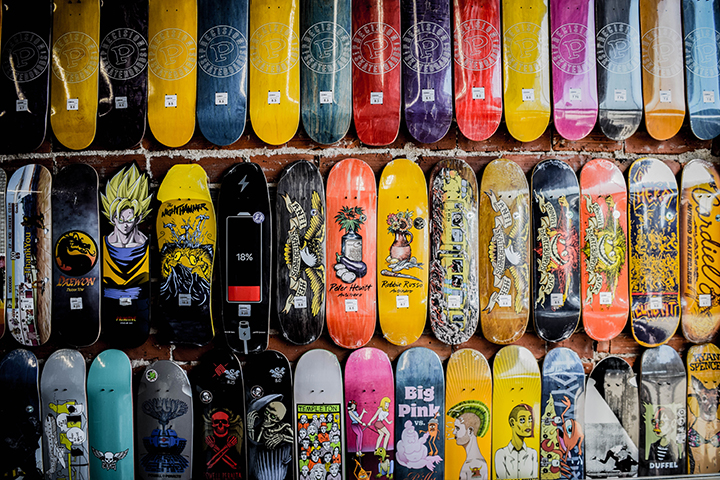 It’s been awhile, but Precision Skateboards is back downtown.

The Lincoln-based skateboard and apparel shop has moved locations numerous times since the shop opened its first brick-and-mortar storefront at 19th and O streets in 1986 — during a time when skateboarding was illegal on the sidewalks of downtown. Luckily, the shop was conveniently located just on the outskirts of the skating ban.

Precision continued to move further outside these limits, moving to 21st and O, then 48th and Van Dorn over the next 20 years.

“Then we moved to the mall for...too long,” owner and long-time local skateboarder Phil Burcher said with a laugh. “A year and a half, or something.”

For the past six years, Precision had found a home at The Bay, Lincoln’s indoor skatepark-coffee shop-music venue conglomerate at 2005 Y Street. When the Bay needed to make more space for punk shows, Precision made the decision to head back downtown to a new location at 1622 O Street.

The timing is great, too: in January 2017, Lincoln made it legal again to skateboard within the downtown limits.

“It's been super positive to move back downtown,” Burcher said. “Everybody's really excited. We've come full circle, we're just three blocks from where we used to be. So I'm excited to be back on O street. There's a lot of craziness that goes on downtown, and that makes it fun for the kids. And having this visibility is really great.” 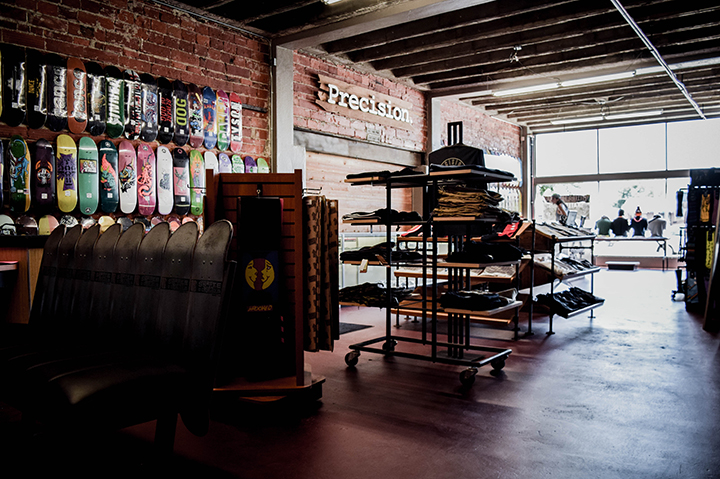 Precision hit the ground running — or in their case, skating — by hosting a few events within the first month of reopening.

Before anything had even been moved into the downtown location, Burcher brought in an exhibition of skateboarding magazines signed by the pros that documented the history of the now fundamental skateboarding skill, the Ollie. Precision invited local skaters to come hang out, drink a soda, and talk skateboarding.

June 21 was Go Skateboarding Day, an annual holiday for skateboarders around the world.

“We gathered up 100 kids down here and went terrorizing the streets of Lincoln,” Burcher said. “We went on campus, too, and skated around, and then we had a barbeque.”

Over the past 33 years of owning the shop, Burcher said he has seen skateboarding evolve and its popularity ebb and flow. But some things never change.

“The fact that I've been able to do this all these years and we're just supporting such an awesome community, I suppose that's my favorite thing,” he said. “I'm around people that I want to be around, and I'm doing something that’s valuable for them.”