There's more than meets the eye at Burlington Antiques after 35 years in Historic Haymarket. The Cunninghams divulge how they've done it so far. 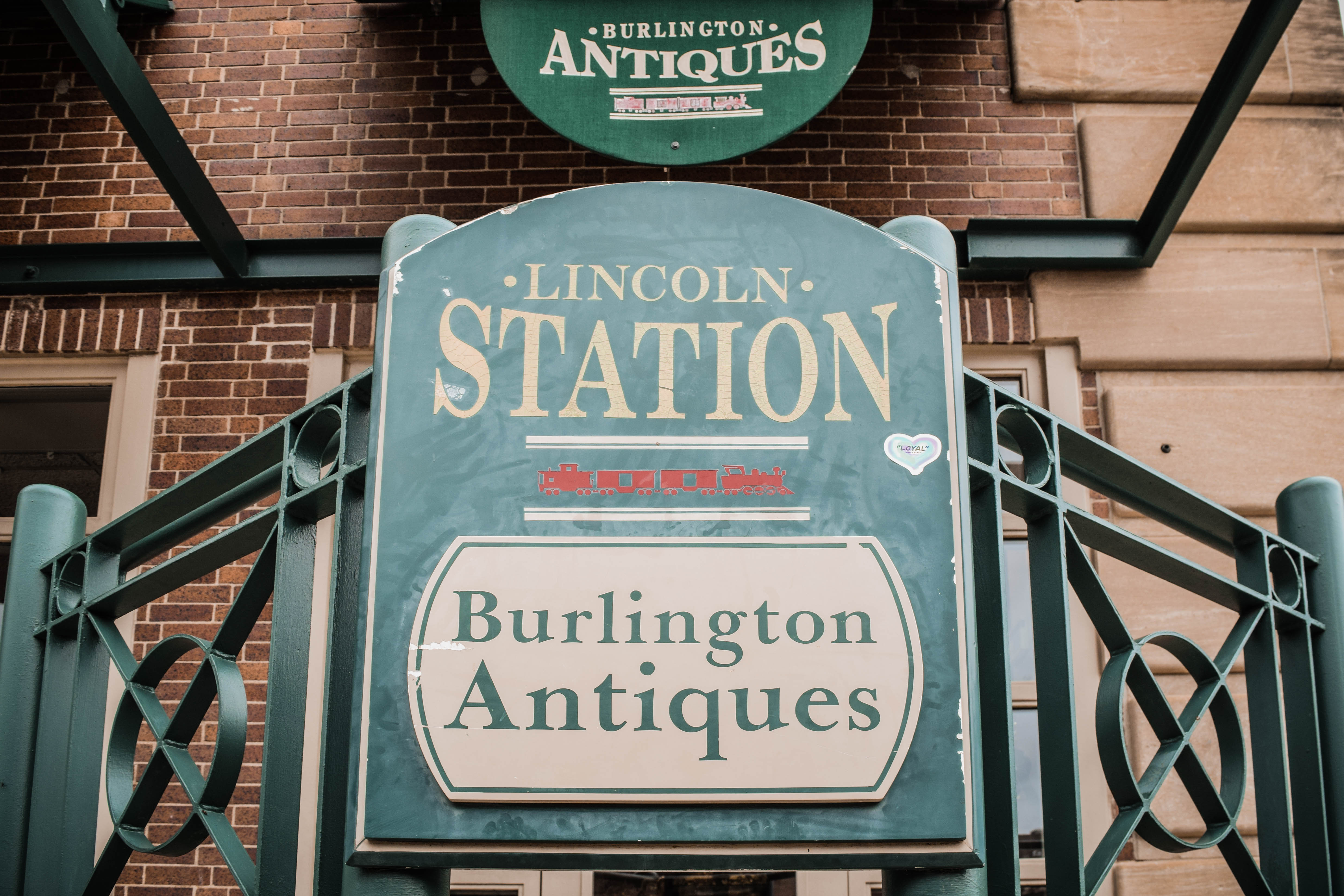 Lasting 35 years, Burlington Antiques has been a part of the Haymarket since its beginning. Originally located in the spot Lazlo’s takes up, for the first ten years, but now residing on the other side of the street on 7th.

Named after Burlington Arcade in London, Burlington Antique Mall stood on 7th Street between P and Q. Then owners, Lou and Gale Shields renovated the building in 1986. The building was originally the old Taxi Cab building. In 1995, the building, including the antique mall was sold to Telesis Inc. and was being managed by Jeff and Diane Cunningham.

The Shields sold the antique store in 2000, the Cunninghams purchased it and made it to be what it is today and moved it to where it stands now.

“Sophie is the boss here, she is our CEO,” Diane said.

Anyone who frequents the shop can recognize their dog Sophie who helps out as CEO, Canine Executive Officer for the past three years. 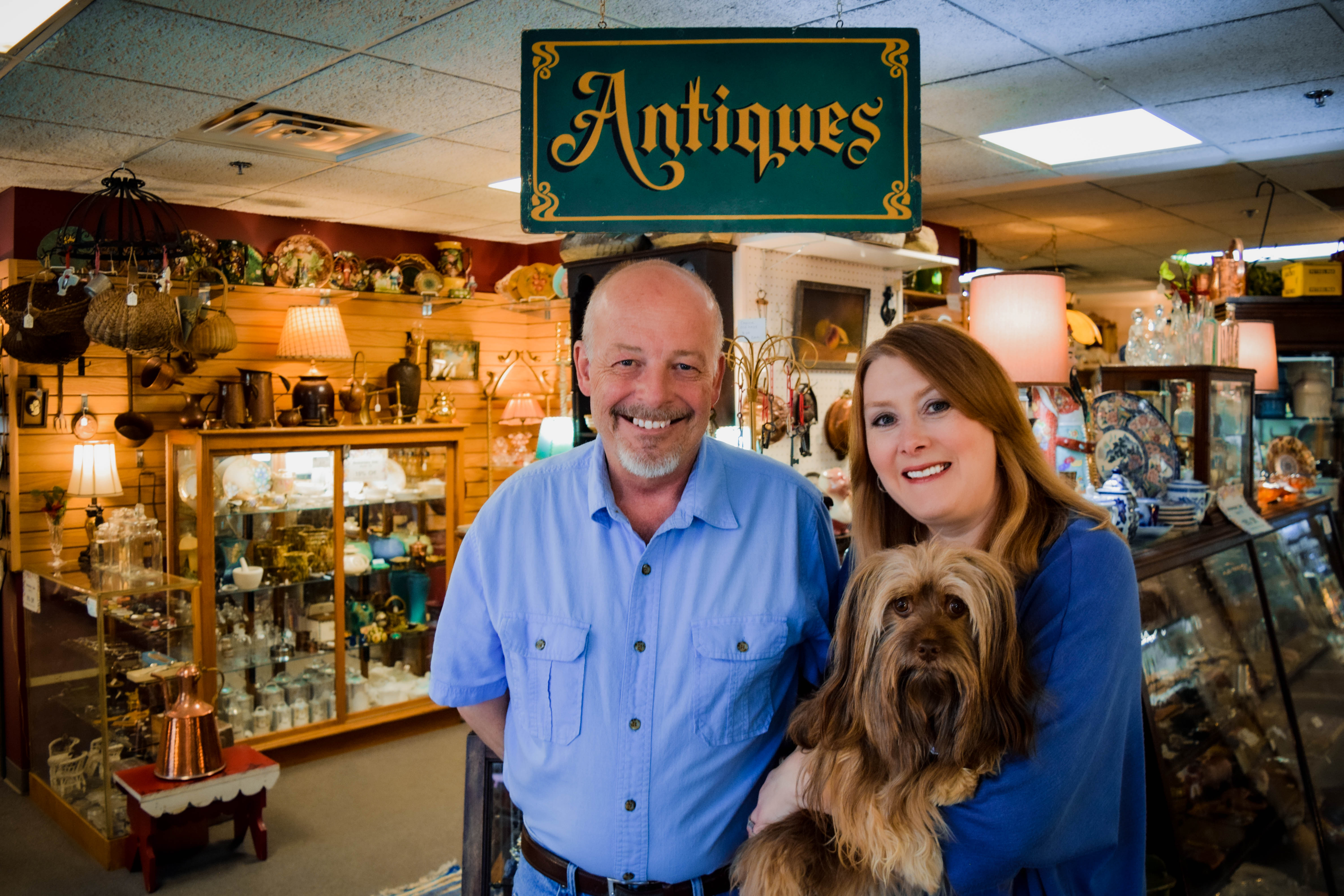 “The only thing I would change these past 35 years is hopping on the social media train a little sooner,” Diane Cunningham said. “We sell a lot of jewelry on Etsy, we use Etsy and eBay to sell.”

You can also find Burlington Antiques on Instagram and Facebook. You can find their goodies on their Etsy and eBay pages.

The Cunninghams have found jewelry, books, and clothing sell the quickest, but what they’re known for is their glassware and china collections.

“We’re into mid-century glassware, that’s kind of our bread and butter,” Diane said. “The oldest thing we have in here is some of the Victorian glassware.” 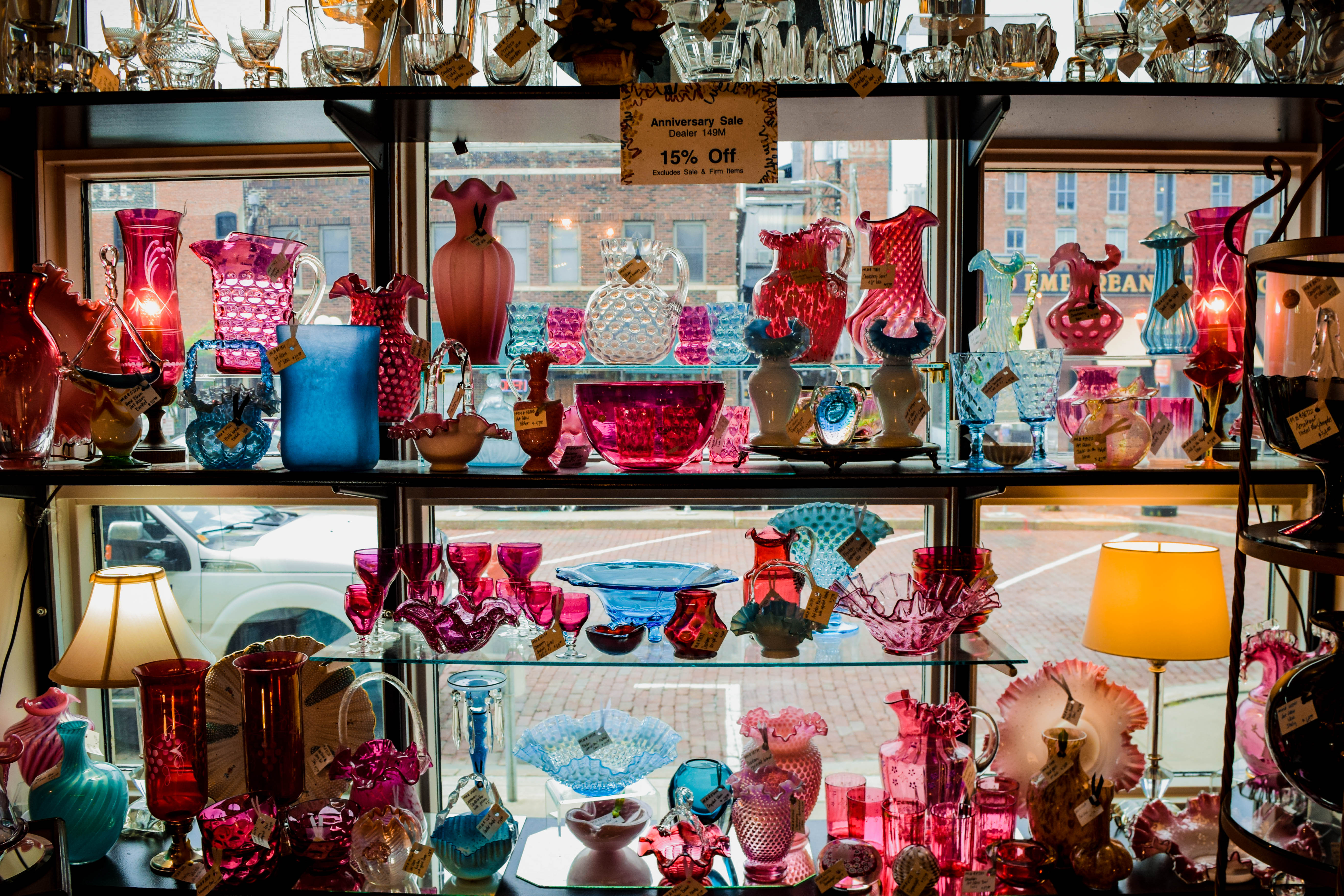 They strive to have a wide variety of items from the 1880s, after the civil war, to about the 1960s. Another common item that is in high demand is their postcards and old advertisements.

“Everything here is usually after the civil war period,” Jeff said. “We also do some furniture and primitive items.”

The Art Deco years people buy the most. Anything from the 1920s to the 1960s they can’t seem to keep on the shelves. They have about 20 antique dealers that sell everything from glassware, china, and pottery to furniture, paper, and textiles.

Like every other business, they do get waves of people seeking the same thing. Their trendy item is cameras. “Cameras have been a really big seller lately,” Diane said. “They’re a pretty cool item to collect.”

The Cunninghams have seen many things over the years, but they’ve noticed a lot more younger people frequenting their store. 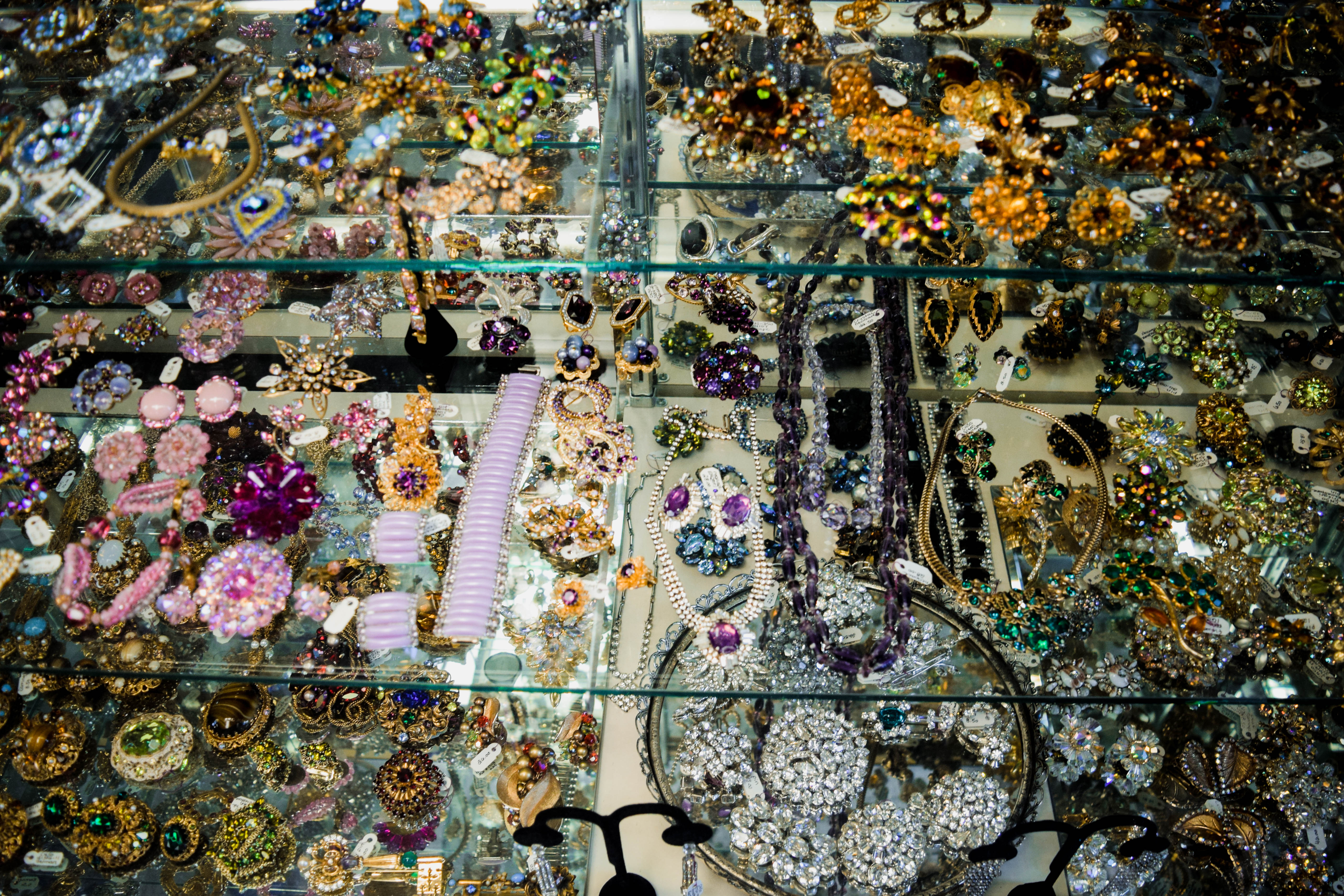 One of the many jewelry cabinets located in Burlington Antiques.

“You’d be surprised, but we sell a lot of things to [younger generations],” Diane mentioned. “Young folks like to come in here to buy all kinds of things like vinyl records, a lot of clothing, and jewelry. Or they find toys from their parents' generation which is kind of fun for them.”

Burlington Antiques has had a lot more Millennials and Gen-Z people come in.

“You see a lot of younger people coming in and we didn’t use to have that,” Jeff said. “They’re into repurposing, recycling, you know the whole green initiative. They haven’t got into the glassware yet, but we’ll see.”

For July, they have been doing a 35-year sale, everything is 15-50% off. Check them out while supplies last.