CenterPointe's outreach and Peer Support specialists are helping people in need in downtown Lincoln by focusing on the root of homelessness: mental health.

This feature is a part of an ongoing series highlighting DLA's 2019 Downtown Impact Award winners. The Impact Awards recognize businesses or individuals that have made a significant contribution to downtown Lincoln. CenterPointe was the recipient of the 2019 Community Leadership award. 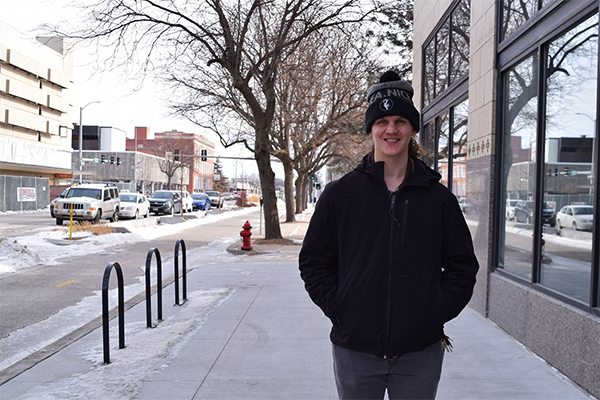 Cole Dickes sets out into downtown Lincoln every morning with an open mind and a big goal: to connect with anyone who has fallen through the cracks and needs housing, mental health and substance use support, or just a friendly face with a pack of hand warmers.

Dickes is a street outreach and peer support specialist for CenterPointe, a Lincoln nonprofit that provides more than 35 programs in the areas of treatment, rehabilitation, housing and crisis response that serve women, men, teens and veterans.

CenterPointe began in 1973 as Lincoln Lancaster Drug Projects, also known as Full Circle. It was one of the frist programs in the nation to offer integrated substance use and mental health care in the 1980s.

Today, under the CenterPointe umbrella are short-term and long-term rehabilitation facilities, an outpatient office, a veterans’ shelter, and street outreach specialists, like Dickes.

“What I do is come and walk around and get to know the people living on the streets,” Dickes said. “I figure out what their wants and needs are, what led to their homelessness, and how we could prevent it when we do get them housed, and get them connected to any resources that they're needing, whether that's housing or mental health treatment, or substance use treatment or health care, whatever it may be. A lot of times people will have worked their whole life and then they have some kind of accident, and they can't physically work anymore which leads to their homelessness.”

Stationed specifically in the downtown area, Dickes gets people connected to any resource they need, whether it be housing, mental health and substance use treatment, health care, or just basic needs. Matt Martinosky, another outreach specialist, focuses on the other areas in Lincoln where homelessness is prevalent.

“So what that looks like right now, in the winter, is lots of hand warmers, and gloves, and hats,” he said. “Just keeping them warm, making sure they're literally not freezing.”

This year, Dickes also became certified as a Peer Support specialist, and is one of the first to be certified in Nebraska.

Peer Support encourages specialists to take their lived experience and use it to connect, relate, and build a relationship with the people they serve.

“So often times there's often this kind of disconnect between clinicians and caseworkers,” Dickes said. “Typically, you have therapists, med providers, and caseworkers. So we kind of filled that gap with peer support.”

Dickes opens up to people about his own struggle with mental health to form a connection.

“I live with depression, and I've struggled with substance use in the past, and I grew up in a dysfunctional family,” he said. “I can use that experience and say, ‘hey, I've been through it, I can tell you're struggling right now, but you can make it.’ What it does is it gives people hope for the future. And it really works. It's really neat, because they connect so much quicker compared to a caseworker or clinician, because they know this person is real and they've been through it.”

Dickes has been with CenterPointe for three and a half years. He heard about the position when he was still a student at the University of Nebraska-Lincoln, and had been an Americorps member working with at-risk youth through The Bay and Lincoln North Star High School.

The position was brand new, and when Dickes started, he was unsure how he’d connect with people.

“I was like, 'what do I do, I just start talking to people?'” he said. “So I did, I just hit the streets. Every person that was flying a sign or panhandling, I just walked up to them and said, 'hey, how's it going? My name's Cole, I work for Centerpointe. If there's anything I can do for you, just let me know.' And it sparked up conversation with most people. Sometimes, it takes time to build trust. And it still does, to this day, when I meet new people. But with peer support, and the skills I've learned through that, I feel like it's gotten easier for me.”

Dickes said street outreach can sometimes feel intimidating, because you can’t know who you are about to talk to.

“Sometimes you run into people who are high or drunk, it's just a part of homelessness,” he said. “A lot of times that's what led to their homelessness. And so, I really have to keep an open mind and be ready for whatever. So I like to just say I roll with the punches, and try to find out what's going on, really. I've had people just rip me out, and just yell at me. I'll give them some space, maybe come back the next week, and just keep coming back. Eventually, we have a good relationship.”

Some relationships Dickes continues to build well after a person is housed and receiving treatment.

“There's a guy who was homeless for nine and a half years—he had just fell through the cracks for all those years and didn't receive any services of any kind, no food stamps, nothing,” Dickes said. “He was eating out of garbage cans, as bad as it gets. I was able to meet him, build a relationship with him, get him into housing with a caseworker and everything.” 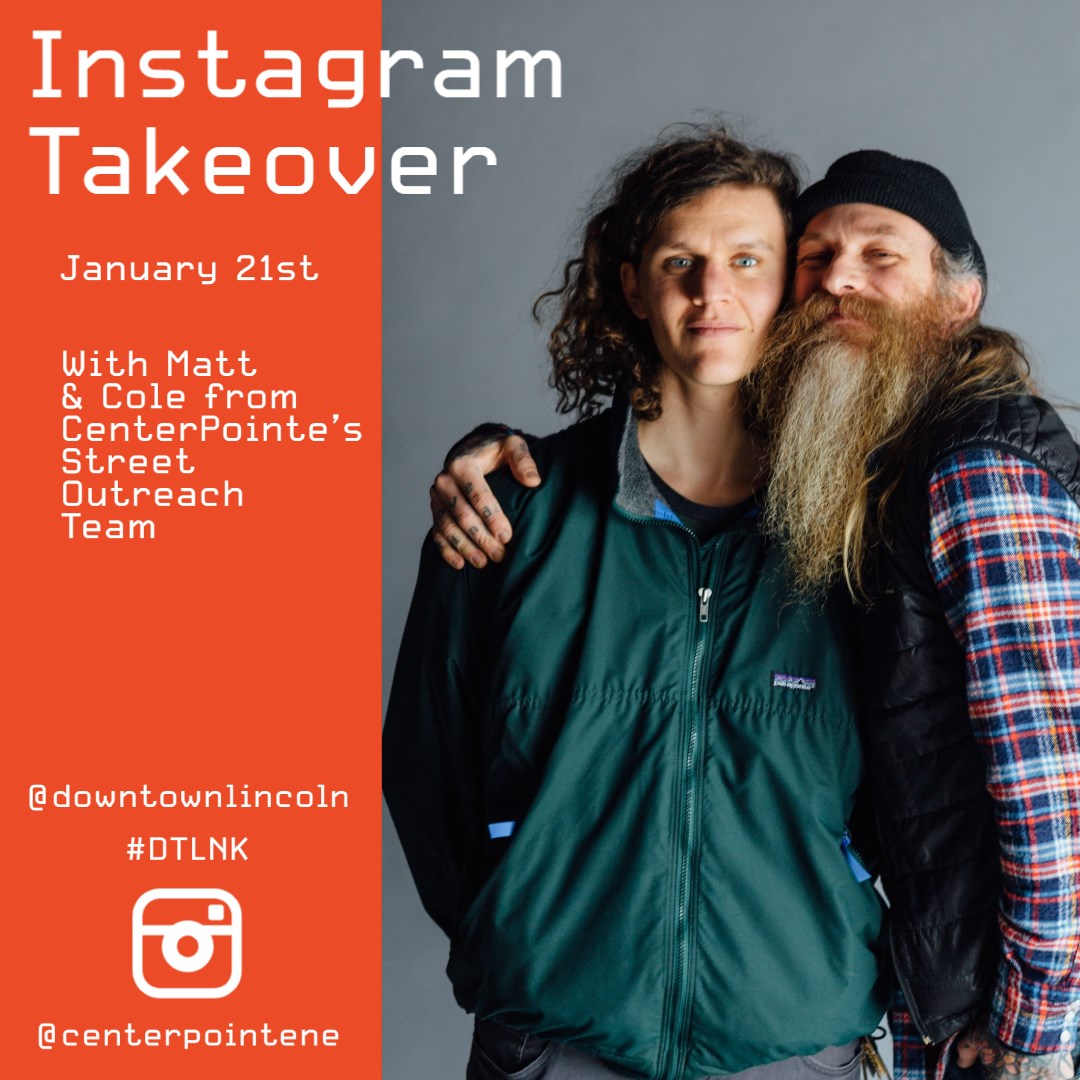 A year later when Dickes became a certified Peer Support specialist, he reached out to check in with him again.

“Him and I still meet every Thursday and we play a game of chess and just kind of talk about what's going on in the world and how things are going with him,” he said. “Just to maintain that relationship and kind of support him to make sure he doesn't become homeless again. He's doing really well for someone who was homeless for nine and a half years.”

A large part of Dickes’ role at CenterPointe is educating the public about homelessness and mental health.

“Many people are very compassionate and know that it is a problem and want to help,” he said. “Other people I run into are very much like, 'they're homeless, they can figure it out themselves because they put themselves in that situation.' It's not that easy. It really is not. It is much more complicated, because what I learned is people don't take into consideration all the different factors that could lead to someone's homelessness. Maybe it is mental health, but maybe it's mental health, and substance use, and their family kicked them out, and they lost their job, and they got a divorce. It's multiple things at once, typically, is what I've found. I don't think people understand that.”

When handing out hygiene kits downtown, Dickes has been approached by individuals who are angry that people living on the streets are receiving help.

“This guy gave me this spiel—he lived downtown, and he said, 'you wouldn't want these people in your neighborhood, would you?'” Dickes said. “I was frustrated. The people are here, people will walk by, this is just where things are booming. This is where it's always going to be whether people like it or not, there's going to be homelessness downtown, in every city.”

January 21 is the annual Point in Time count, where every homelessness agency works together to try and count every person who is either living on the streets or in a shelter. Last year, the number was around 500 in Lincoln. That’s not counting the number of people that typically couch surf during the winter months, which Housing and Urban Development (HUD) do not consider homelessness.

“So in reality, homelessness is street and shelter homeless and couch surfing,” Dickes said. “And if we counted that, it would make the numbers probably quadruple. It would blow people's minds.”

The number of people who are homeless in Lincoln is staggering, and it’s difficult to help when it comes to volunteering, Dickes said. Volunteering opportunities are rare because of the Health Insurance Portability and Accountability Act (HIPAA) and confidentiality.

An important way people can get involved is simply by donating—a pack of socks can even make a world of difference.

“We are always in need of socks,” Dickes said. “That's the biggest need we have, across the whole country, and probably the world. It's the most requested item in shelters. People do a lot of walking because they don't have bus passes, they don't have cars. So they just walk wherever they need to go and blow through their socks. They might not have access to washer and dryers so socks get ruined quickly.”

Throughout the winter months, CenterPointe is asking the public to donate socks, hand warmers, hats, gloves, and large coats to be distributed to people in need of cold weather essentials in Lincoln. Any contribution is appreciated and can be dropped off at the Downtown Lincoln Association office at 206 S 13th Street, Suite 101.

“Centerpointe is trying to be—and I feel like they are and in the future will be—as whole health as possible,” Dickes said. “Not just mental health, not just substance use. But also physical health, and everything that matters to your body, your brain. I know that Centerpointe is moving toward wellness in general.”

Looking forward, Dickes is excited about any opportunity to get the Lincoln community more involved in CenterPointe’s mission.

“With Peer Support, I have plans of having a community garden, showing people how to grow their own food, and just doing different activities that they might enjoy,” he said. “Because that makes people well, when they're doing things that they enjoy. It's self care. Small things like that can go a long way for somebody's wellbeing.”