Family-Owned for 3 Generations, Melichar 66 is the Place to Tailgate


Located on 9th and P, the gas station has been owned only by Melichars since they first opened their doors. 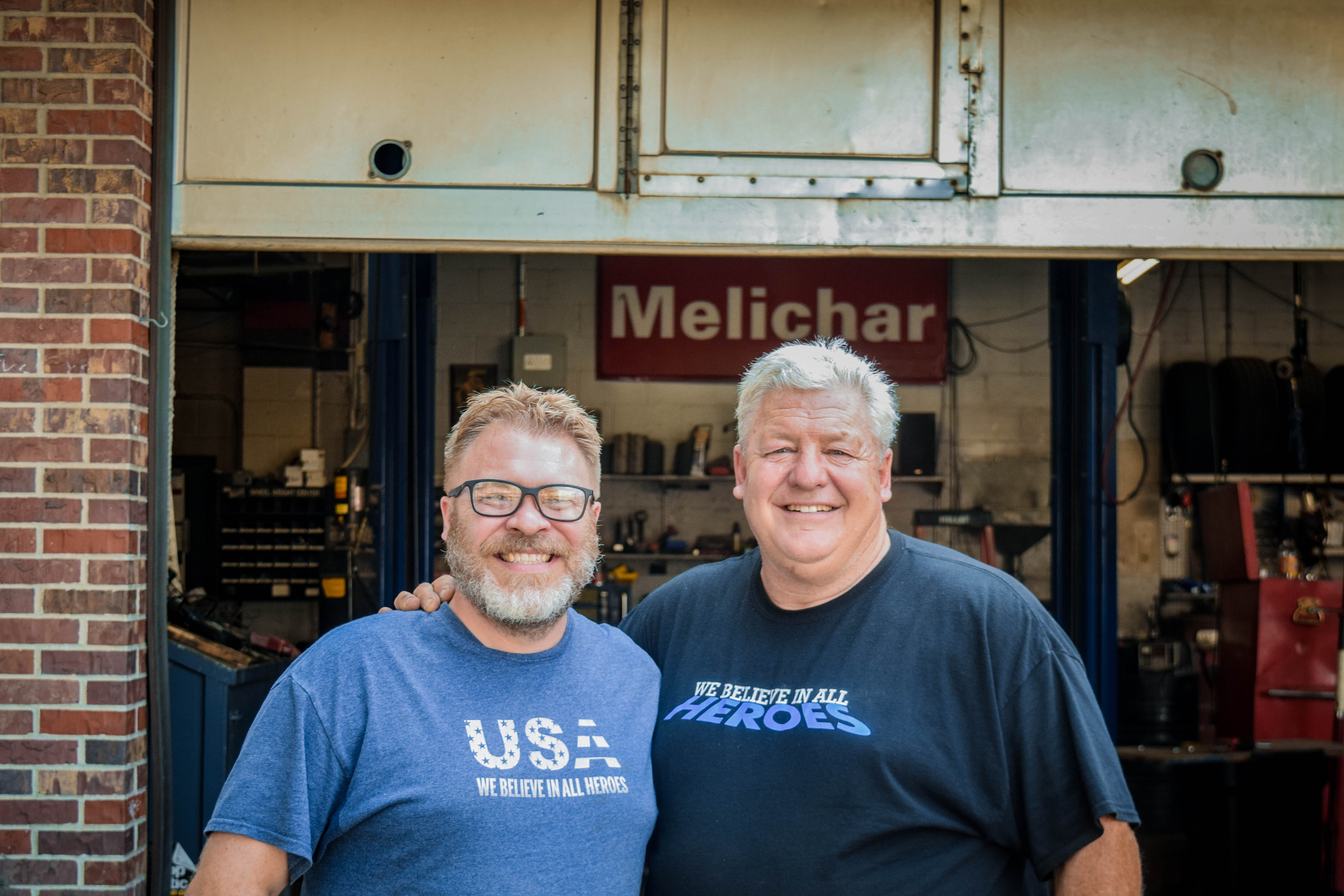 Jeff and Bruce Melichar, Bruce is the 2nd owner of Melichar 66.

Three generations down, established in October of 1969, Melichar 66 is the place to be during a Husker game.

“Well my grandfather started the station in October of 1969,” Jeff Melichar said. “My dad worked with my grandfather for a number of years, and then he bought him out in 1978, which is when I was born.”

How did it all start? Well, the answer is simple. It was always meant to stay in the family.

“It was Bus Whitehead, who owns Whitehead Oil, he wanted to open another [gas] station downtown and my grandfather had run it,” Jeff said. “[My grandfather] had ran another station here in town and tapped in to run it and it’s just been that way ever since.” 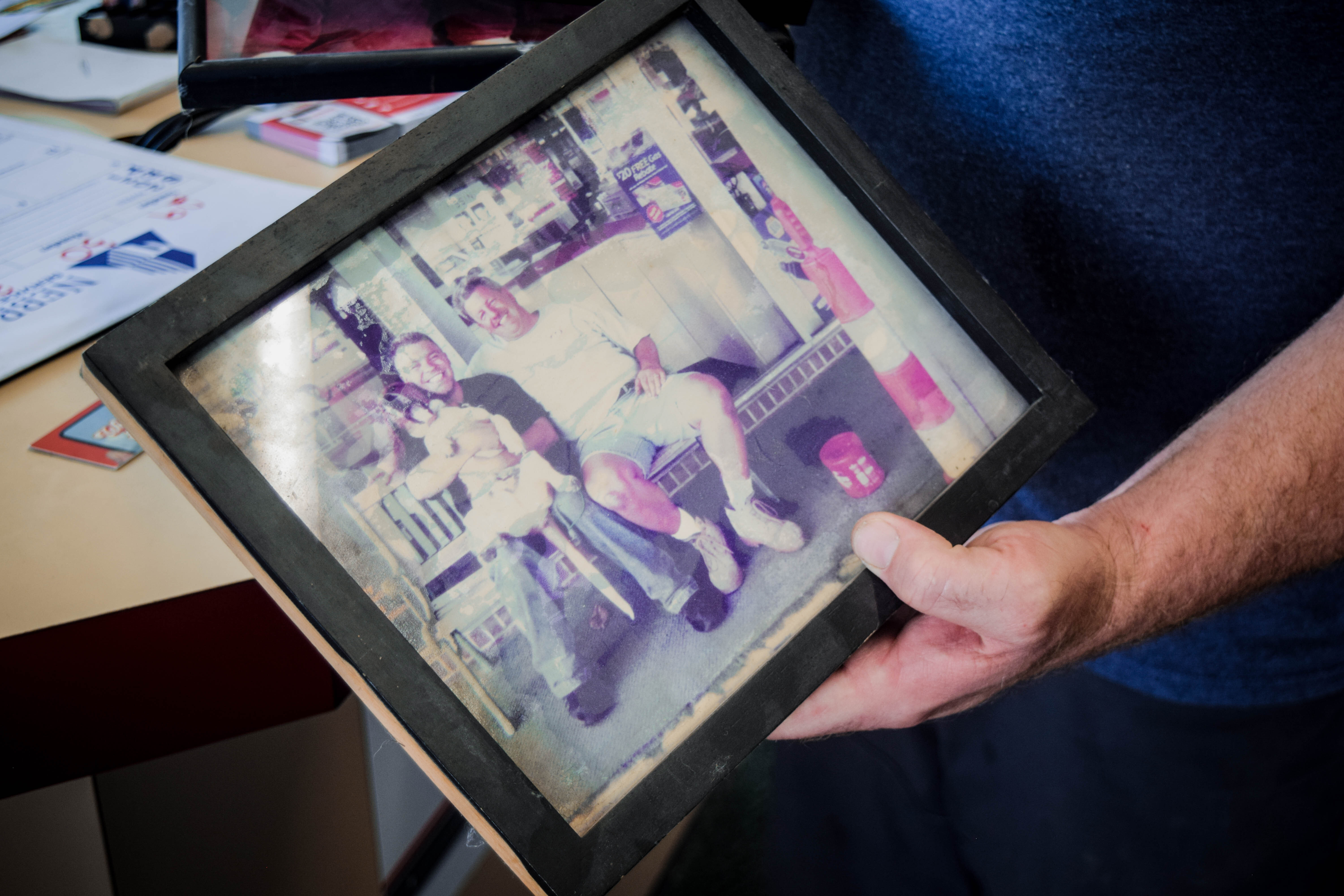 Bruce Melichar is the current owner of the station, Jeff is his son and the manager there.

“I could remember building this station new as well,” Bruce said. “In 1969, no ‘68 [because] they started the year before. We opened in the fall of ‘69, but yeah. I was just in grade school or junior high.”

The scores on the marquee started in the fall of ‘69 right when they opened. In January of 1978, the station caught on fire and destroyed most of the place, but not the marquee.

“In January ‘89, we took quite a bit of damaged,” Bruce said. “We used to have the type of canopy where it was pitched, like a tent, opposed to the modern style we currently have now. The inside changed a bit, and the outside toom but the marquee always stood tall.” 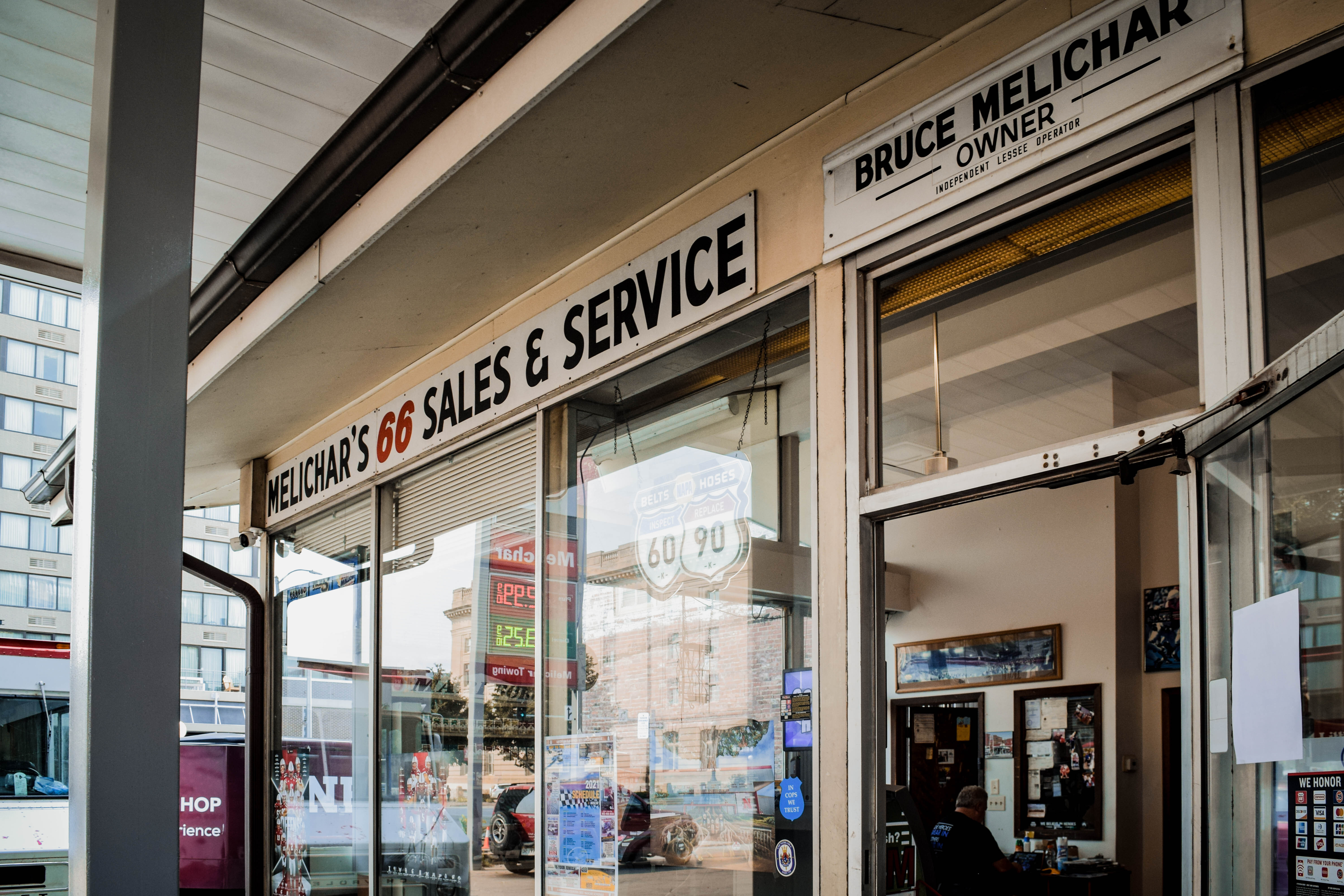 Bruce was the second Melichar to own the station. The gas station is a locally owned Phillips 66. They are more than a gas station though, they specialize in all aspects of vehicle repair and engine diagnostics, servicing all makes and models.

“It all started organically, where, you know your little kid is running around down here,” Bruce said. “And probably by the age of ten, they knew how to run the cash register. Many times at 13, I was moving a car on the lot or something like that.” 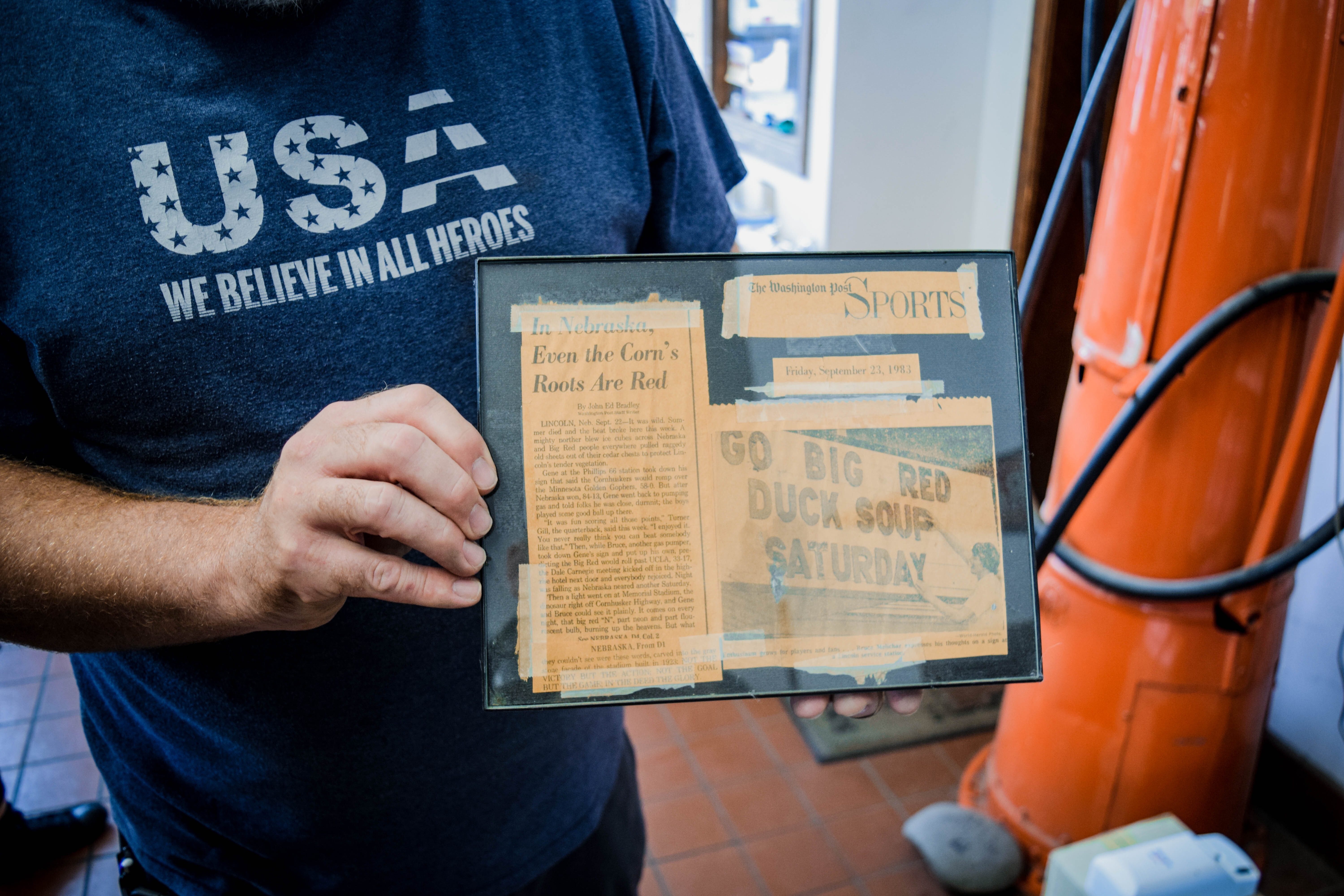 One of the first marquee about a Husker game.

People come all-around to tailgate at the station. They welcome everyone to come and enjoy watching a good game of football, no matter the team.

Now it has evolved into something much more. It has become a game day staple, some visitors that rent the spots will ask to bring their five-year-old son to see his first game and experience the environment, or add extra friends.

“Now I got an Escalade with nine people and a tent and they’re bringing Bluetooth speakers and music,” Jeff said. “I always looked at the games as we’re here throwing one giant party. It’s not uncommon for opposing fans to walk by and take pictures of the marquee, or even join.”

The consistency of the tailgaters has gained a sort of community surrounding Melichar 66.

“I might see you seven or eight times a year, but we talk to them all the time,” Jeff said. “People will coordinate what brings the next day and it’s a huge potluck, they’re our football family.”

Melichar is a Husker tailgate since it first opened, they are most memorable for their marquee. The Melichar marquee displays quippy phrases about the games and predicts the scores. Picking the scores is always the fun part. 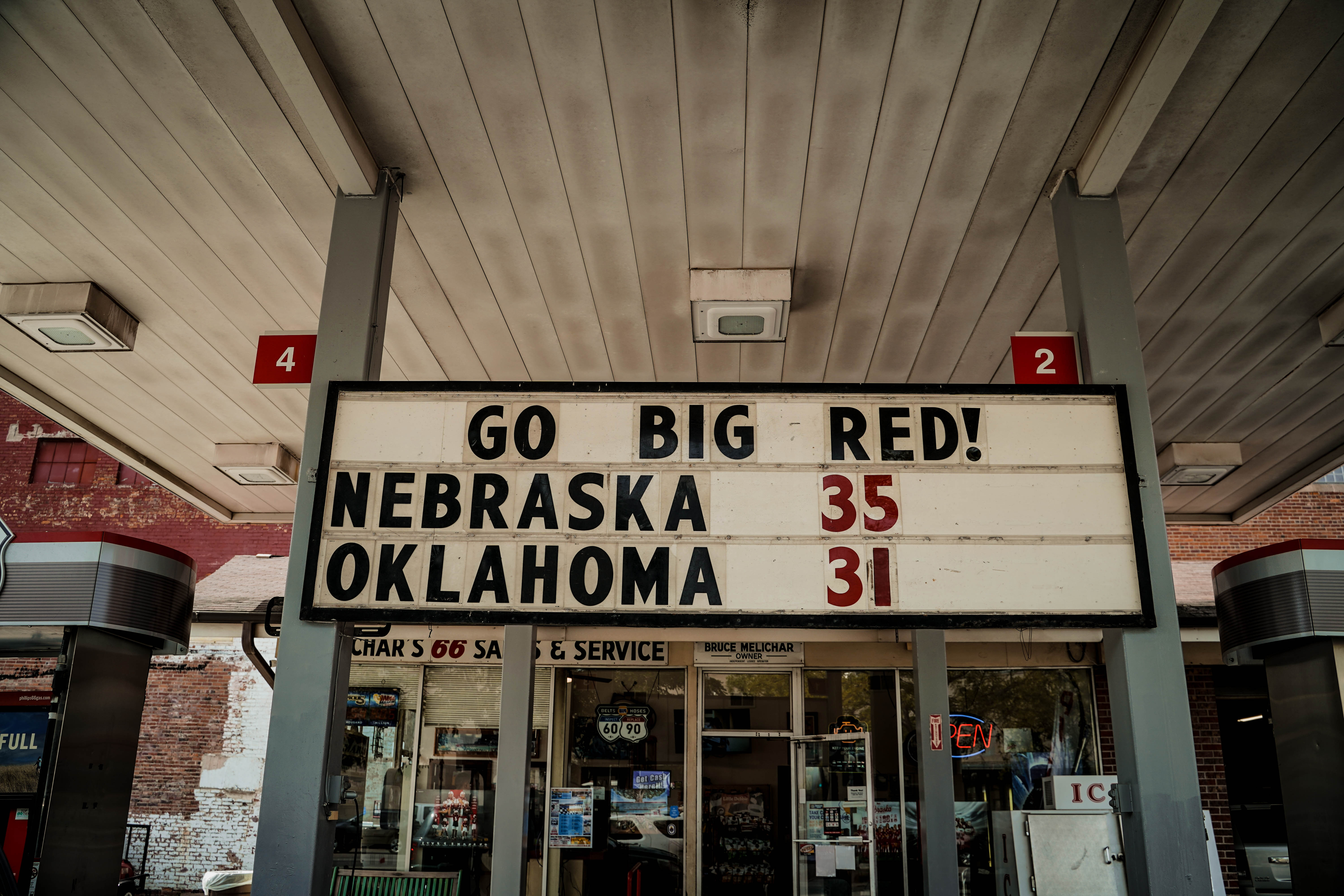 “What's the under-over, what's the point spread?” Jeff said. “And then we'll do our own due diligence on okay? How did their team do last year? Who did they play? Who do they win and lose to and by how much? And then it's usually a kind of a discussion over a few days, maybe somebody's saying oh yeah they're running back got hurt or so-and-so is now healthy again and that might things a little bit. You should have your gut feeling where I think we're going to do it, but I'll never pick a loss.”

The Melichars never pick a loss, it jinxes the team. That is their game-day superstition.

“Cardinal rule just I have posted a one-point victory. I'll never pose a loss ever,” Jeff said. “I just can’t do that to my team.”