The expansion includes a cider bar and a year-round Christmas market. 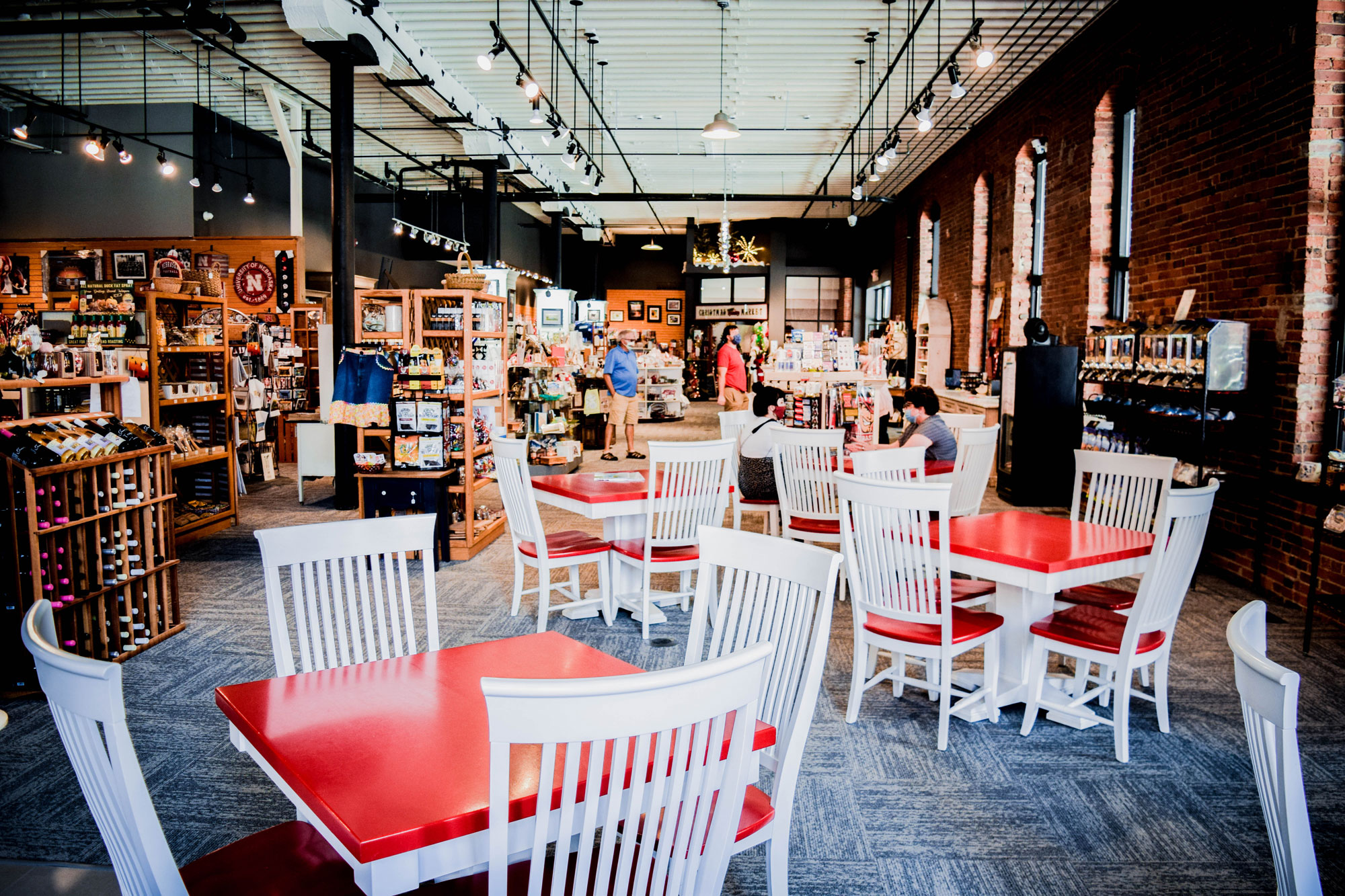 Haymarket’s From Nebraska Gift Shop has spent the past few months completely revamping and expanding the retail space at Eight and Q streets.

Among the additions is a renovated bar for James Arthur Vinyard’s wine tastings and taps for their new cider line, expanded indoor and outdoor seating, a new section dedicated to a wider selection of general gifts, and a year-round Christmas market.

Licorice International moved down the block to a new space in the Haymarket earlier this year, and construction of apartment complexes on the second floor of the building were in the works, so From Nebraska and James Arthur Vinyard owners Jim and Barb Ballard felt it was time to make some big changes to the store.

“We realized there needed to be more shopping downtown,” Barb Ballard said. “We just decided to take all of this forced downtime that we had during COVID and use it for something good.”

The wall that formerly separated the From Nebraska and Licorice International spaces has been removed and the extra space now serves as The Haymarket Mercantile, which houses a brand new selection of non-Nebraska general gifts in addition to From Nebraska’s usual fare. The north side of the shop will specialize in men’s gifts, classic toys for children, kitchen and wine accessories, as well as a small space completely dedicated to Christmas decorations year round.

Barb and Jim often pick up a Christmas decoration as a souvenir when they travel, and said they felt the Haymarket was missing a full-time Christmas store. 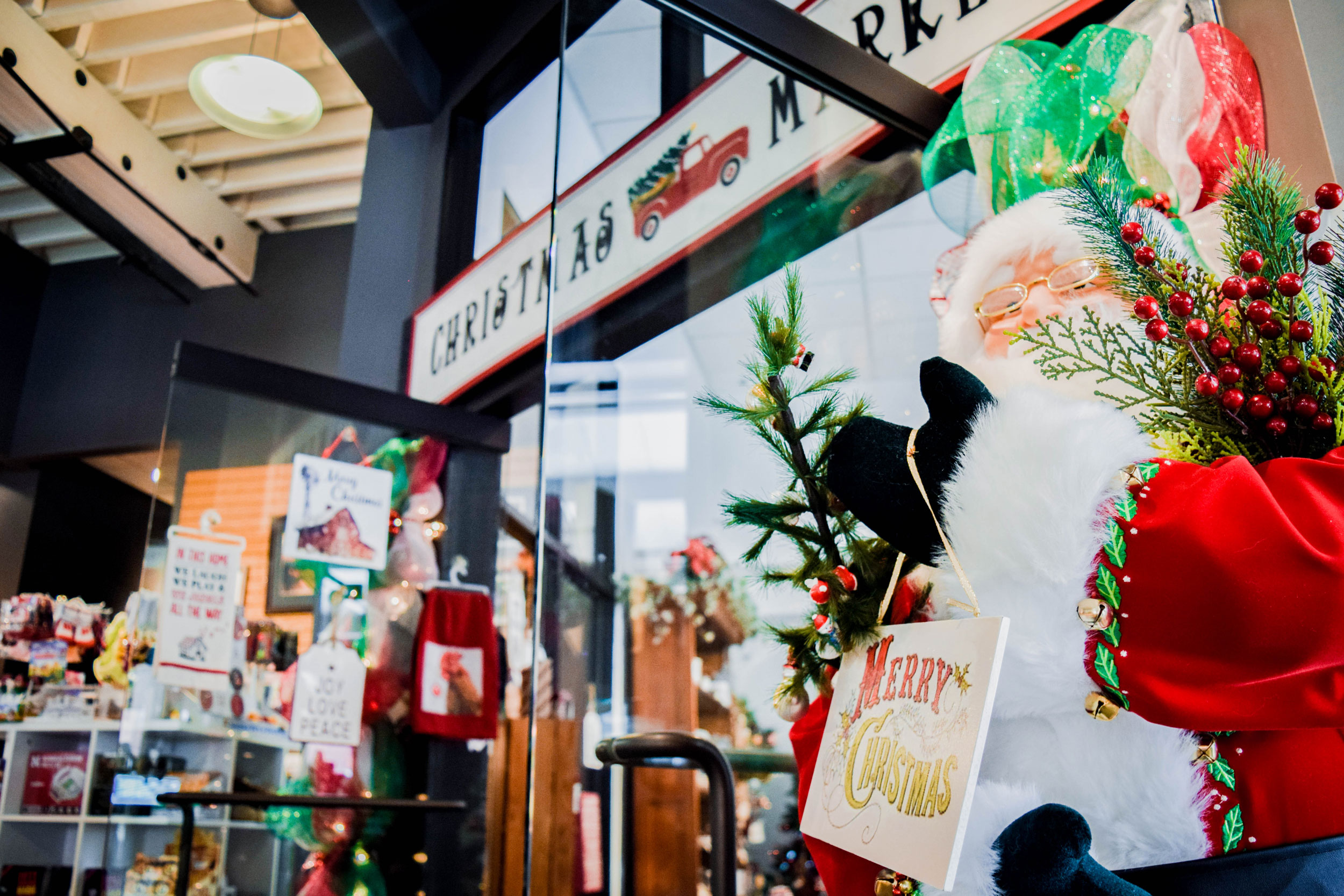 The idea also carries a deeper meaning for Barb.

“I lost my Mom in October, and she loved Christmas,” she said. “When we were thinking of things to do, I did it in memory of her, too. Christmas was always so important to her. It helps me remember her. I used some of her furniture that I inherited—I brought it down here and was able to use it in the Christmas market.”

The Christmas market will carry a variety of keepsakes, from small ornaments to larger scale decorations.

On the south side of the store, a large barnwood bar now serves James Arthur Vineyard wine as well as their new hard ciders on tap. Visitors are welcome to relax with their drinks in the expanded, lighted outdoor seating area or they can take a bottle or growler home to enjoy.

You’ll also find a larger selection of candies, nuts, and trail mixes from Nebraska company, R.U. Nuts, and later this year the store is hoping to house a full-time Nebraska meat counter. 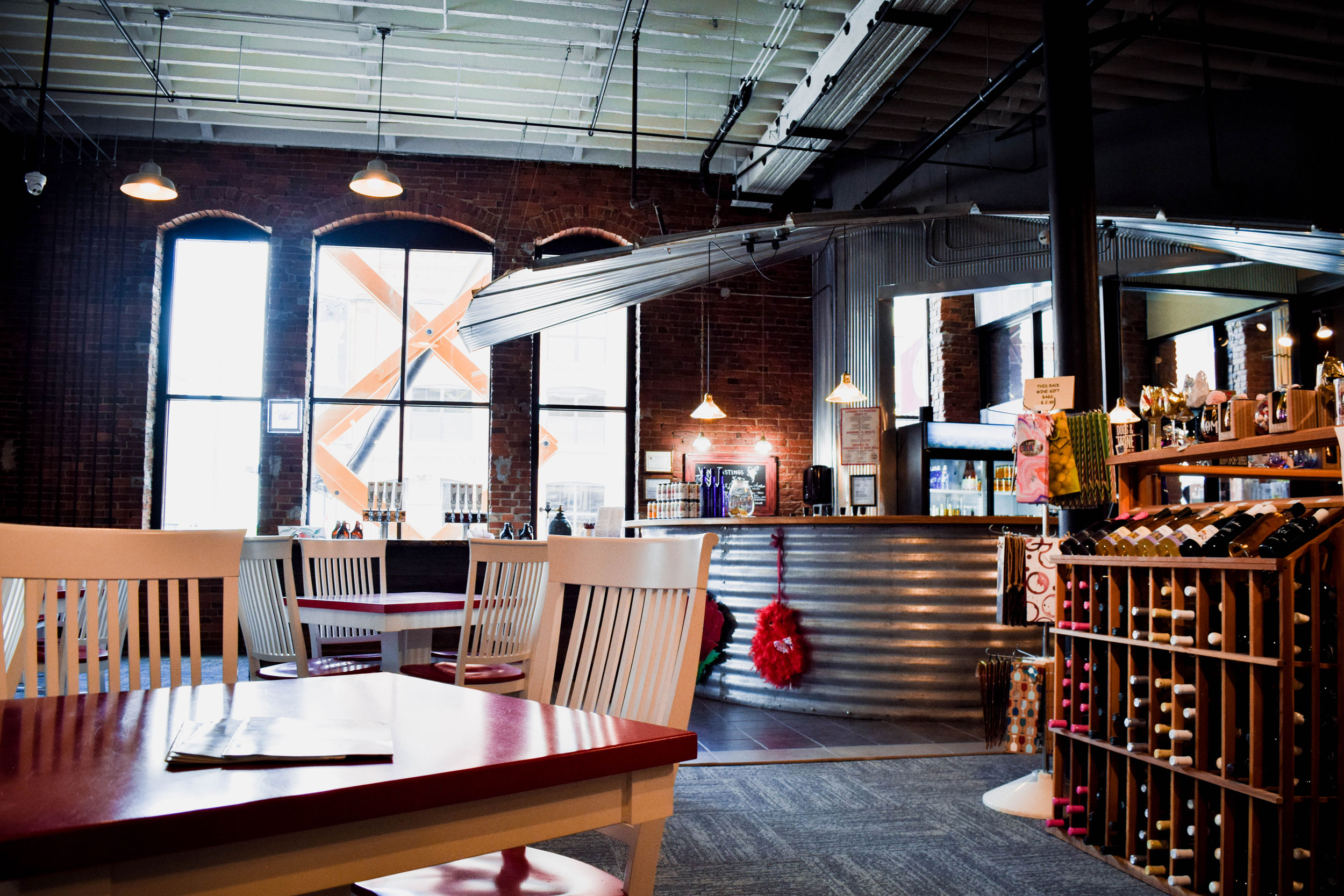 Once foot traffic is back to normal in the Haymarket, Barb hopes the retail space will be a destination for visitors.

“We've had really, really good reception from people so far,” she said. “They don't have the visitor center open right now, so I feel like we've become a pseudo Visitor's Center. People come to us wondering what to do in Lincoln. We've downloaded some things and wrote

what is open as far as tourist things, museums, and that kind of thing. It's been fun.”

For long-time customers, it’s been a treat to discover the renovated space.

“People have been so excited to come in, and to see something new in the Haymarket,” Barb said. “So we've been very well received. It's hard to believe it's the same space, isn't it?”