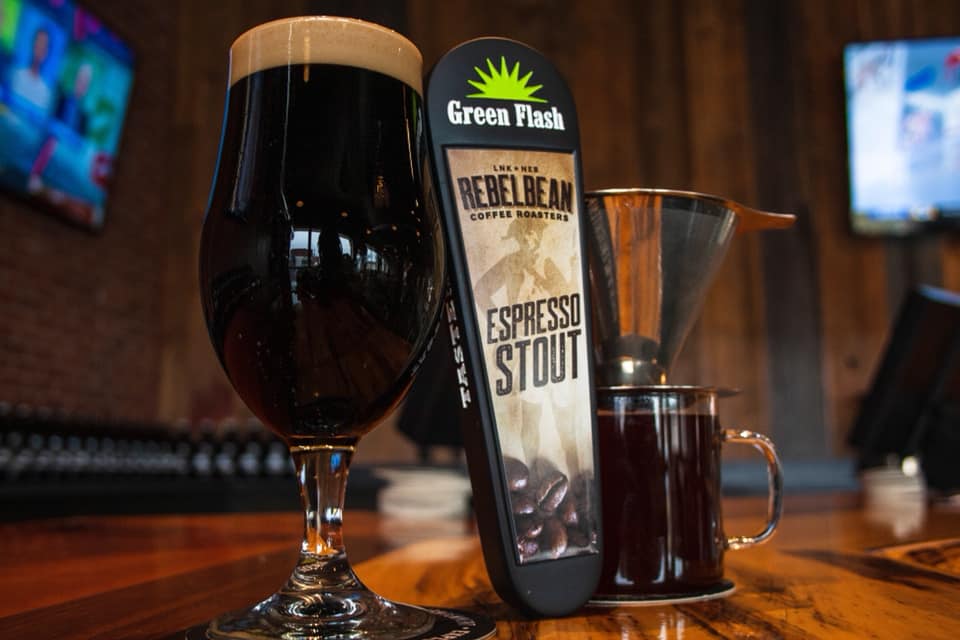 Rebelbean, a local wholesale coffee roasting duo, is about to set up shop for the first time inside Green Flash Brewhouse & Taproom.

Green Flash, which opened last year at 1630 P Street, announced this month that they will no longer be serving food. Instead, the location will serve as a multi-purpose brewery and coffeehouse hybrid.

“Now that we no longer operate the restaurant, it's given us the opportunity to do some other things, some other collaborations,” head brewer Jeff Hanson said. “It'll give our customers a little more freedom with how they use the space. Maybe they want to host a group in the back, maybe they want to post up in the corner and write and paper for eight hours up in the loft.”

Rebelbean came into the picture as a way to utilize the space during the day and roll over into the brewery at night.

Hart and his business partner Luke Gingery met six years ago and struck up a friendship when their businesses crossed paths at the Public Market in the Railyard. Gingery is the former owner of the Doughnut Hole, and Hart currently owns the Public Market shaved ice and daiquiri stand, Breezy Island Ice.

Although Gingery wasn’t roasting his own coffee at Doughnut Hole, he brought in specialty coffee and started rotating roasters to show Lincoln what a good cup of joe tastes like. Word started getting around.

“We got into the coffee thing so much, even though we were ‘The Doughnut Hole,’ that eventually we got a coffee roaster,” Gingery said. “And then that was kind of the direction we wanted to go, we wanted to do our own thing and have more control over the whole process.”

Gingery traveled north to learn how to roast coffee beans and bring his knowledge back to Lincoln. After selling the Doughnut Hole, he continued to hang out at Breezy Island Ice and talk to Hart about opening up a coffee business. 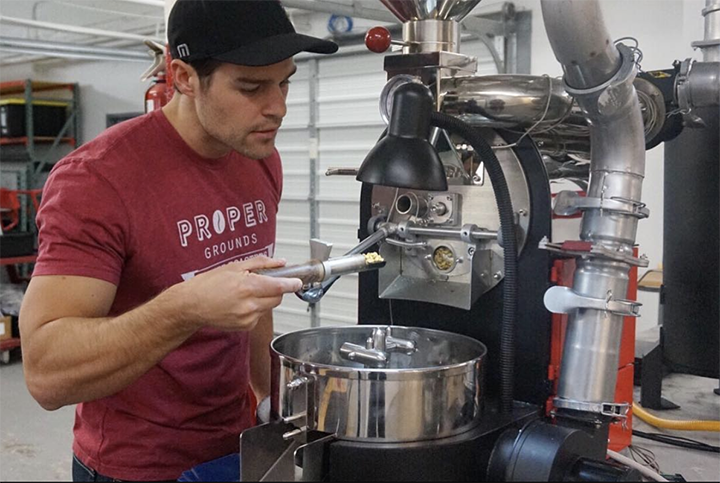 The two bought equipment and opted to find a warehouse space for a production facility instead of operating a retail location right away. They’ve been roasting ever since for friends, family, and a handful of private accounts. You can find Rebelbean’s two signature roasts, “Bold NEw Brew” and “Midnight Ride Espresso,” at your local Hy-vee, and the Juice Stop in Grand Island carries their coffee and cold brew, as well.

“It’s not ‘twenty different flavors’ or anything like that,” Hart said. “We like to keep it kind of clean and let the coffee show for itself.”

Visit their website, and a pop-up asks you a question: “Do you demand that your coffee be roasted fresh, using only the very best organic, fair-trade specialty beans?”

Answer yes to continue on to the website, click “no, I drink whatever,” and the link will send you on to starbucks.com.

The two are cheeky, but they’re serious about using only 100% fair-trade, organic beans.

“We can source anything, so that's nice,” Gingery said. “Whatever is in season. It'll be kind of a rotation of different origins.”

This year, Rebelbean is ready to amp up their business. 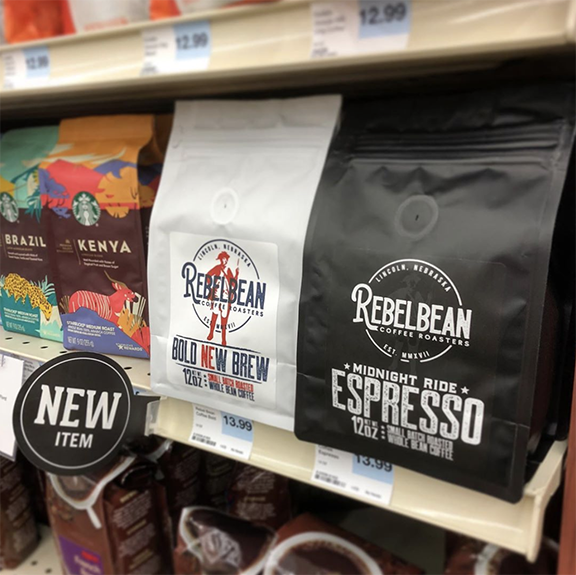 “We'd been leaning more toward wholesale, but retail is kind of what we know,” Hart said. “And it's kind of fun, you can do different, community stuff with it.”

The two are excited to share their holistic approach to coffee with Lincoln.

“Not a lot of places in town are sourcing their own and roasting their own,” Gingery said. “And then on the other side, brewing and making the lattes, and having control of it all.”

With a drive-thru location in the Highlands area near Sandhills Publishing already in the works, Hanson and Green Flash tap room manager Matthew Bittinger came to Rebelbean with the opportunity for a partnership at their P street location.

The two businesses already had a working relationship. Last October, Green Flash and Rebelbean had collaborated on a dry Irish, espresso stout.

Hart and Gingery said they are excited to utilize the large space and be a part of the growing P street district.

“One thing that I think is important to all four of us and this location and this partnership is when we unlock the door in the morning to when we lock it at night, for everybody that walks through the door, the full range of products are available,” Hanson said. “Whether it's somebody that wants a coffee at 8 p.m., or somebody that wants an IPA at 10 a.m.”

Green Flash and Rebelbean are kicking things off with a soft opening on Thursday, August 29 with live music from 22 Days Short, raffles, and prizes. They'll also be serving coffee for the first Husker game day on Saturday, August 31.

Rebelbean will be officially open for business in Green Flash on Tuesday, September 17.

Hanson said he hopes live music will become a regular staple at their location, and already has three more shows planned in the coming months.

“Our vision is that the space belongs to the community and whatever they want to do with it,” Hanson said. “We want to supply them with coffee, beer, and refreshments.”