Inside The Kindler with Interior Designer Ross Vincent 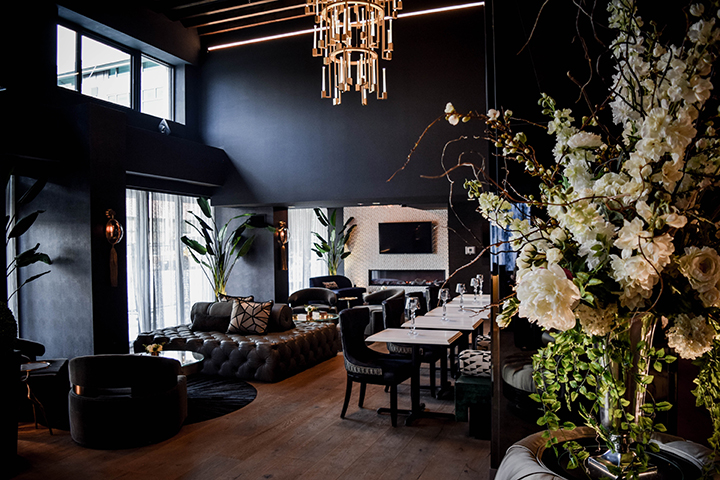 Step inside The Kindler at 12th and P, and you’re greeted with rich textures, glinting metalwork, and a feeling of urban luxury. You might wonder if you’re, in fact, in Lincoln—but subtle Midwest touches are a reminder you’re only minutes away from Memorial Stadium.

The Kindler’s unique design is no fluke. It’s the result of nearly three years of planning and execution from Los Angeles-based interior designer, Ross Vincent.

“It's kind of weird, because when I walk into a space, I can see what it's going to look like before it's done,” Vincent said.

Vincent’s vision for the space drove everything, from the architectural planning to the smaller details. Even every piece of fabric furniture was completely custom designed by him. 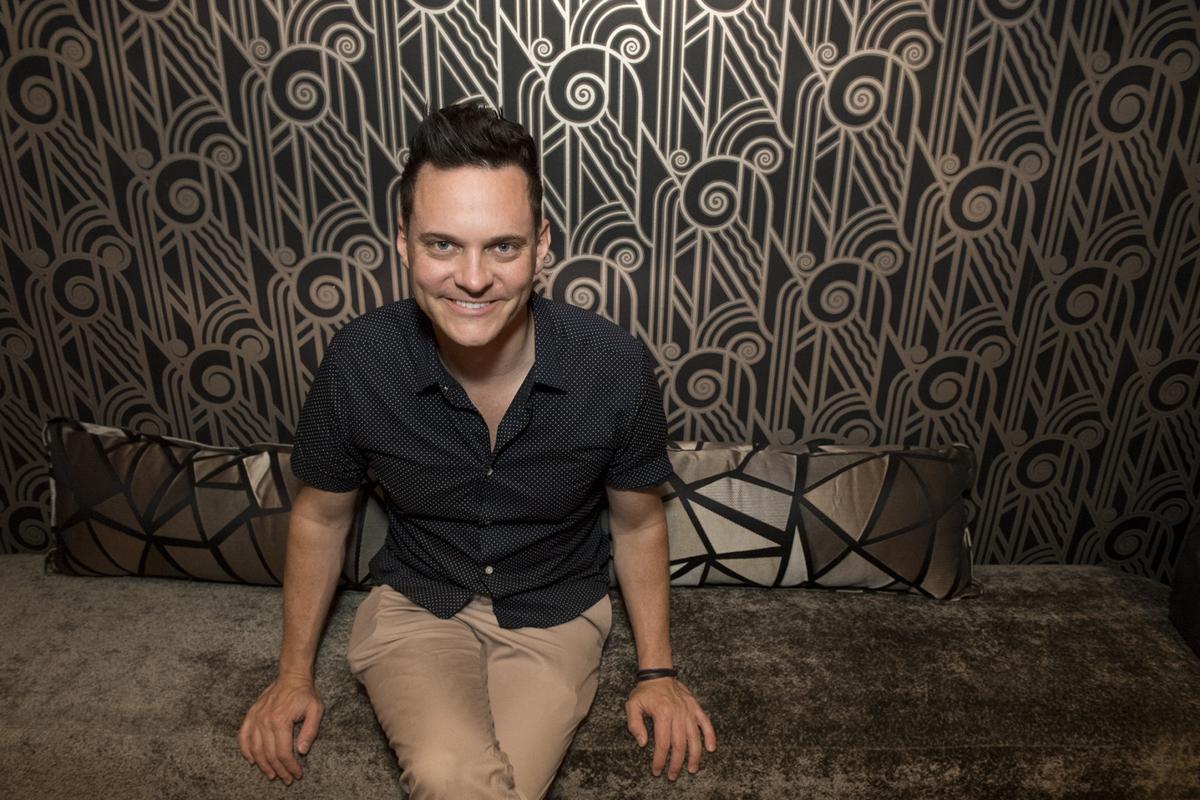 Nick and Brooke Castenada of Lincoln bought the space next to Misty’s several years ago with a boutique hotel in mind and immediately tapped Vincent to oversee its design. With 15 years of experience, Vincent had been on design teams for hotels in the past (like the Ritz Carlton in downtown L.A.) but never had the rare opportunity to have full control over a space the size of The Kindler.

Vincent’s first visit to Nebraska for the hotel was filled with historical building tours and walks throughout Omaha and Lincoln’s downtown areas. He noticed there was an art deco flair that characterizes many buildings and interiors in Lincoln.

“So I thought, I'm going to bring in a little bit of art deco, too, with the hotel,” Vincent said. “Nick and Brooke wanted it to be ultra modern, high-end and totally different. And so that is what we did. We matched modern with the art deco.”

When Vincent walked into the space that would become The Kindler, his first thought was that the ceiling needed to be blown out in front to get a grand entrance for the lobby. Two rooms were taken out upstairs to create the higher ceiling where the lobby begins today.

His instincts also led him to reconfigure the plans for the bar to better fit the space. “I wanted it to be an intimate bar, because it's not a big space, and I wanted it to have as much seating as possible,” Vincent said.

Designing the furniture came next, configuring each piece to best fit the space.

Luckily, Vincent has a penchant for furniture design—he owned and operated two modern furniture stores in San Diego and L.A. for eight years before transitioning to interior design full time.

“I've always been a furniture person,” he said. “And when I walk in the (Kindler) lobby, I just think about how many meetings I had for each piece of furniture. It's like, wow. That bar stool was ten meetings.”

To accompany his custom fabric furniture, Vincent chose some of his favorite pieces he’d come across while traveling. Fabric used on the back of the dining chairs is from Parisian fabric designer Pierre Frey, while other fabrics are from Holly Hunt, one of Vincent’s favorite designers. He found the coffee tables in London. 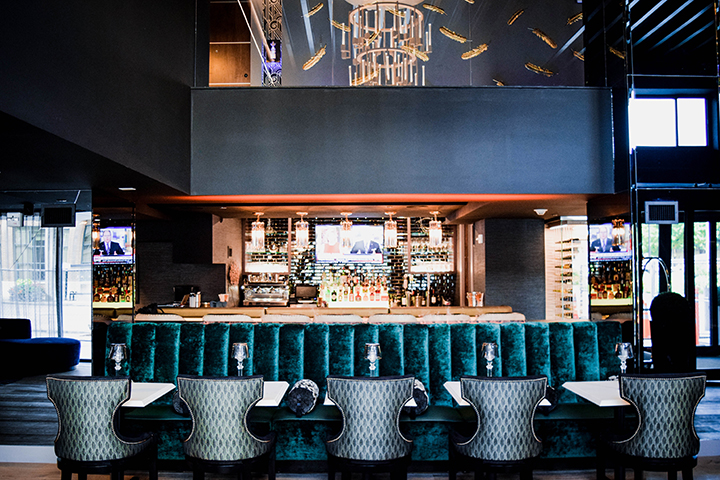 “I love those coffee tables—it looks like you're falling down into a rabbit hole if you look inside them,” Vincent said. “Stuff like that, I instantly knew I wanted it for the hotel. It's perfect.”

Vincent poured his efforts into making sure each piece was cohesive and also representative of the hotel’s namesake, Ken Kindler.

Kindler was a Nebraska welder, industrial artist, and father of Brooke Castaneda. His bold metal sculptures and paintings decorate the hotel, and also informed many material choices by Vincent.

Vincent constructed the lobby’s chandelier as an ode to art deco as well as Kindler’s iconic metal windchimes.

“I used the same elements Ken used—copper, brass, metal,” Vincent said. “You'll see that in the side tables in the lobby, and the chandelier's colors and front of the reception desk are copper. The bar is also representative of him. The elements are all there. So I kind of brought in that material throughout the hotel—representing Ken in that way.”

Vincent also made a point to bring in a little “Nebraska” to the space, he said.

“If you look at the materials used in the hotel, I brought in cowhide rugs and there's cowhide on the back of the barstools,” he said. “I also brought in a chandelier that reminds me of a cornstalk.”

Small, personal touches can be found in unexpected places, like the tiled mural of Nick Casteneda’s mother, a former ice skater, splashed on the wall of the women’s bathroom. 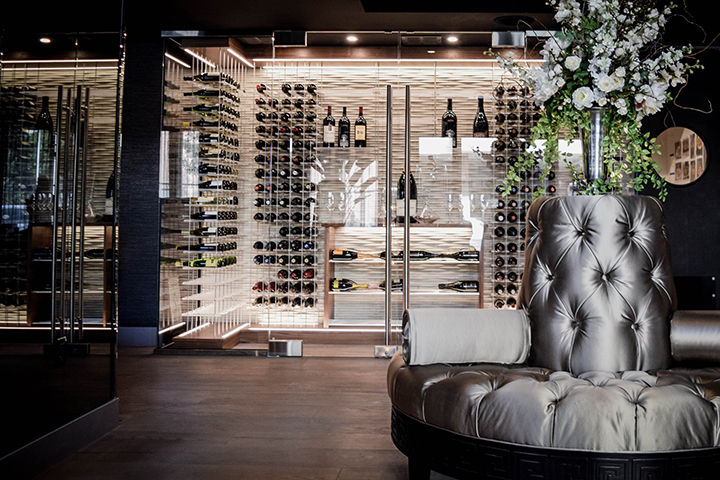 A defining element of The Kindler’s design scheme is its dark ambiance, unique among Lincoln’s hotels.

“To be honest, the black was more because we had a budget and I couldn't do a lot with moldings, so I thought, let's just black everything out and make it look really big,” Vincent said.

Darkening the walls and ceiling actually opens up a smaller space because your eye doesn’t focus on the molding or the wall, Vincent explains.

Seeing his vision for The Kindler come together the way he pictured it years ago is a relief, Vincent said.

“It's really cool to see it done, and actually feel and touch and look at it all together,” he said. “I hope guests feel cozy and I hope they feel an element of "Nebraska,” but also, something completely different—a place where they can enjoy a high-end, upscale elegance.”