FREAKABOUT performs for the 9th year at Lincoln Calling. 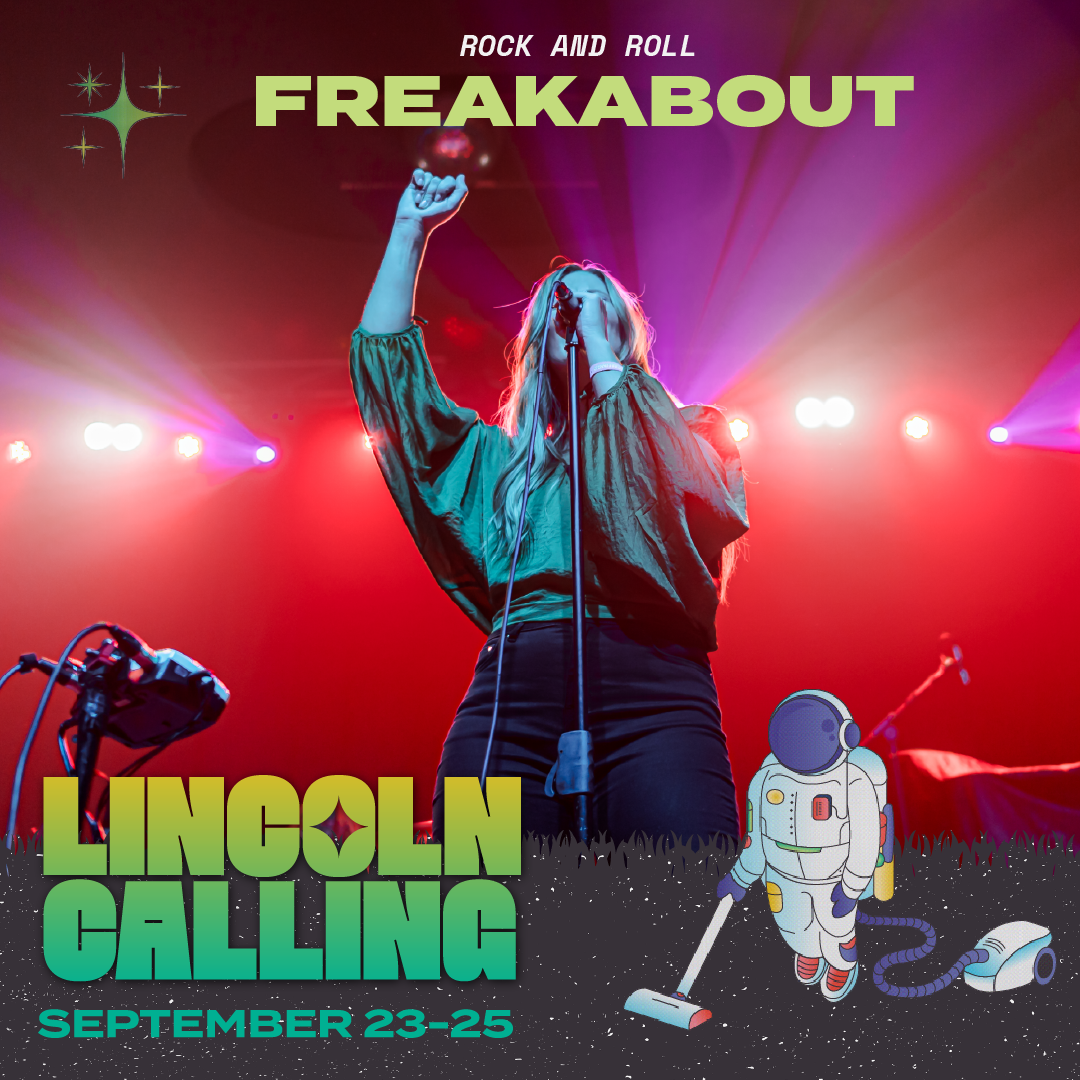 For almost a decade, FREAKABOUT has performed for Lincoln Calling, debuting at the Bourbon Theatre to an eager crowd.

This year FREAKABOUT will be performing at 10:15 p.m. on Friday at Duffy's Backlot.

Since stepping into the Lincoln music scene, FREAKABOUT has put out two albums, Babezooka and Don’t We All.

Courtney Kirby, the lead vocalist, share some details of the band.

Courtney: We're from Lincoln, we've been a band for almost over 10 years. We started the band in 2011 so we were like teenagers when we started the band. We play some flavors of rock and roll and yeah, we just have a good time. So, I am the front line. My name is Courtney Kirby. Aaron Galvin is our guitar player, aka the Axe Man. Chuck Fleming is on base and Ian Francis is our drummer.

DLA: What are you most excited about for Lincoln Calling?

Courtney: For a year and a half two years where we were kind of on a hiatus because we weren’t able to play. So the fact there’s a festival happening and a chance to play live music again is awesome! So shout out to everyone putting this on, they’ve gone above and beyond, to create this festival for us. And you know, they moved it outside, which is wild. We get to open for Slothrust which is like a dream come true, they’re such a killer band. I’ve seen them two or three times now and I just think they’re phenomenal. Overall, we’re just excited to be together and excited to be with all our buddies again from Lincoln Calling.

Slothrust rocks, come see them, they absolutely are a need to see at this festival. They are phenomenal. She just, because she does her as you do you, she does her and she writes so spontaneously and quirky, it’s overall strange, but I really like them. I hope people take time to stick them out, hopefully, they will.

DLA: How would you describe your sound?

Courtney: I have no idea how to answer it because if you're saying in general, we’re some form of rock and roll, but I think every one of our songs has a little bit different vibes. Like some songs or more psychedelics. Some songs are more progressive, some are just kind of groovy songs. And some have Spanish disco vibes to them. We like to play what we like, and that’s a lot of different things.

DLA: Who is your inspiration, as a band?

Courtney: Oh my gosh, I have no idea. That changes every day, I would say personally for me, some of my biggest influences, as vocalists, are the Wilson sisters from Heart, they’re just out of this world amazing. As far as vocalists and songwriters, we got to shout out to Freddie Mercury of Queen. Those are my two all-time favorite bands.

Some of my more modern influences would be like Royal Blood, that’s one of my personal favorites. I’m always trying to get the guys to listen, I’m like ‘hey, check them out!” I’m obsessed with them, it’s disgusting! So then there are the Queens of the Stone Age. There are some of the bands we all, collectively love together.

DLA: If you were to make a Spotify playlist, who would you add?

Courtney: That’s hard to narrow down… Okay so I’m going to throw in some oldies in there, so anything from Abba, anything from the Bee Gees. I’m all about ladies in the rock and roll world. So like Alanis Morsette, The Cranberries. For more modern stuff, Metric, a band in the UK, they’re pretty badass. Rival Sons, Arctic Monkeys. All the best bands come from the UK apparently.