Danny Lee Ladely has had a vision for the Mary Riepma Ross Media Arts Center and bringing independent film to Lincoln for nearly 50 years. 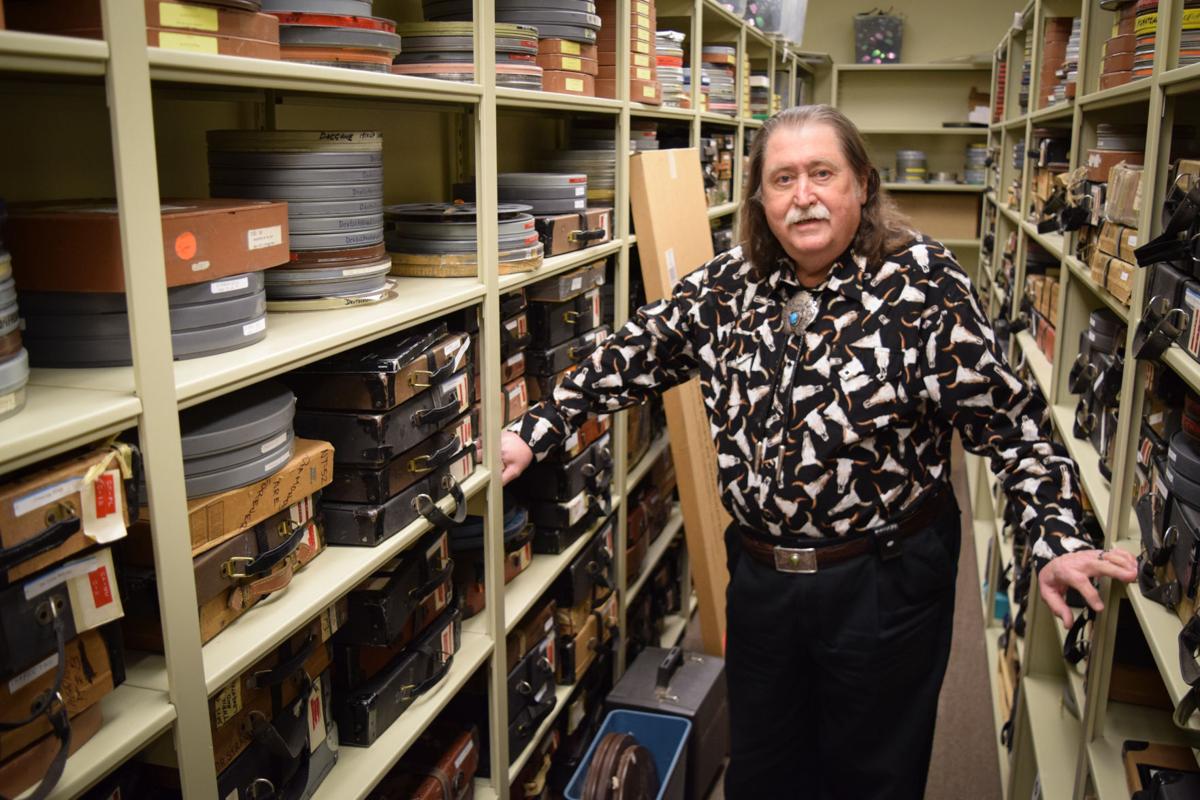 Danny Lee Ladely’s office is decorated with a lifetime of cinematic memories.

Cinematic, because after 48 years serving as director of the Mary Riepma Ross Media Arts Center, Ladely has lived and breathed film for most of his life.

Among the memorabilia: A photo of him alongside Martin Sheen, a movie poster for “Sideways” signed by director Alexander Payne, a sketch of Ladely drawn by Academy Award-nominated cartoonist Bill Plympton stuck to the back of the door, a framed portrait of the theater’s benefactor, Mary Ross.

Ask about any of these things and Ladely, clad in a bolo tie, will lean back in his chair and launch into a story — the time Peter Fonda picked a fight with some college students at Yia Yia’s pizza during his visit, or the time he brought actor and director Peter Riegert to the Ross, introduced him to UNL English Professor Gerald Shapiro, and they ended up making a movie together based off of Shapiro's short story.

The funny thing is, Ladely never really knew he’d dedicate so much of his time to independent films until he’d already spent decades doing it. Movie theaters seemed to just be a recurring theme in his life, a place he had always loved since he saw his first John Wayne flick growing up in Gordon.

As a teenager, he worked at the small-town local theater. He laughs when he thinks about the high school job: making sure no one was making out in the darkened theater (he let it slide) and taking down license plates at the summer drive-in to make sure nobody made off with the speakers.

While studying photojournalism at UNL, Ladely got involved with the University Program Council’s Foreign Film Society, and then the experimental film series at the Sheldon Museum of Art.

In 1973, the Sheldon’s film program was funded to go full-time by Mary Riepma Ross, one of New York City’s first female attorneys who served on the University Foundation Board of Trustees.

“They were looking for somebody to run it,” Ladely said. “And that turned out to be me.”

The program took off. Ladely recalls that in the first year they showed Charlie Chaplin’s rereleased films that had been withheld from the public for many years.

He was also involved in creating the Norman A. Geske Cinema Showcase, named after the Sheldon Theater’s first director. The showcase brings directors, writers and actors to Lincoln for special Q&A events.

“That has really been the most enjoyable part of my job,” Ladely said. “And the one that I miss the most right now, obviously.”

He decided at one point that if the film program was going to thrive into the future, it needed its own facility — and Ladely had a clear vision of what that could look like.

He wrote a three-page letter to Mary Ross detailing a future for the program, down to the location of where the media arts center stands today at 313 N. 13th St. 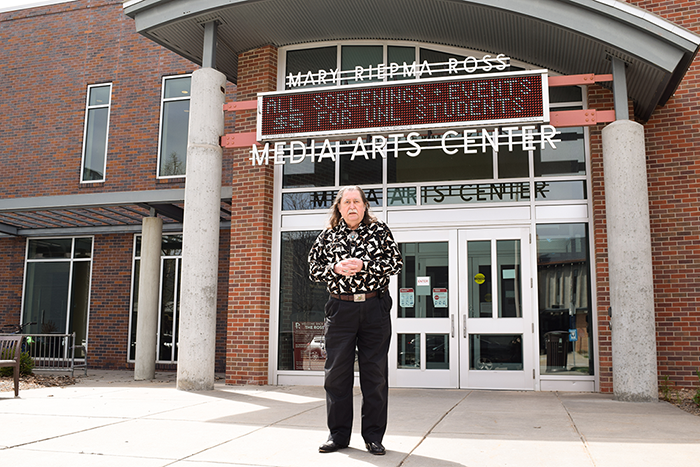 “She wrote back and said, ‘why not?’” Ladely said. “She eventually donated $3½ million to the University Foundation that we used to build this facility.”

The Ross Media Arts Center opened in 2003 with two theaters, a research library, a film storage archive and a second story that houses classrooms and editing suites for Film and New Media students in the Johnny Carson School of Theatre and Film.

While she continued to live in New York City, Mary Ross sent him news clippings with reviews of the movies she liked and thought needed to be shown in Lincoln. Ladely said he always admired her taste.

“I was flabbergasted,” Ladely said.

At the time he was hired, he thought he might stay with the theater for five years and move on to something else.

Decades of films, events and friends later, Ladely almost sounds surprised when asked how long he’s been with the Ross — nearly 50 years.

Temporarily closing the theater in 2020 due to COVID-19 was a sad day for Ladely and the Ross staff. After opening up again in August with limited capacity and screenings, the Ross only saw a trickle of patrons for months.

With more and more vaccinations, Ladely said he hopes to see things pick back up again.

“The best experience, I think, is watching a movie in a big movie theater, with state-of-the-art equipment,” he said. “And going to see an independent film really provides all of us with an opportunity to experience things that we wouldn’t normally experience. Film is art. It’s theater, it’s music, it’s photography. It’s rewarding to see all these movies.”

Check out movie showing times and catch a film at the Ross here.