Owner Nick Maestas is ready to share his love of community, giving back, and New Mexico hatch chile with downtown Lincoln 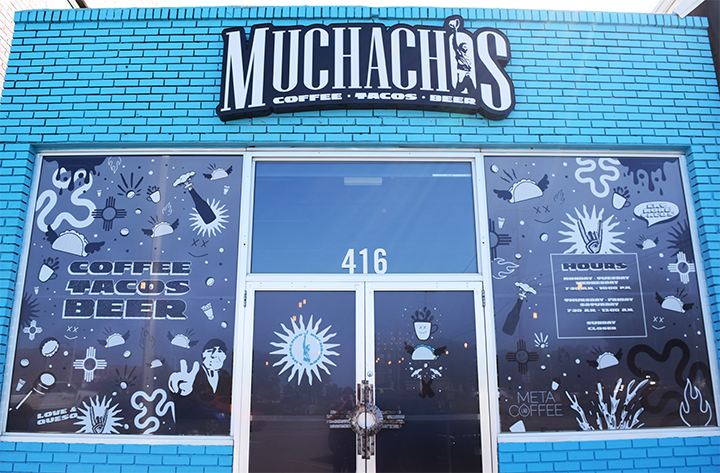 Muchachos is located at 416 S 11th Street in downtown Lincoln

His three-year plan was to open a brick and mortar location, and people told him it was a pipe dream.

“We kind of had momentum from day one,” Maestas said. “And well, here we are.”

In the building formerly occupied by Method Cycles & Craft House, Muchachos comes into the Lincoln restaurant scene with a fully stocked bar and a menu selection of pork, chicken, and brisket tacos, loaded nachos, hatch mac and cheese, and traditional barbecue meat platters.

Muchachos has also partnered with Meta Coffee Lab, who are roasting their coffee beans in house. To accommodate the morning coffee crowd, Muchachos has a special selection of breakfast tacos for early birds.

Muchachos’ began as a way for Maestas to stay connected to his grandparents who raised him in Las Vegas, New Mexico—a small town where hatch chile went on just about anything. 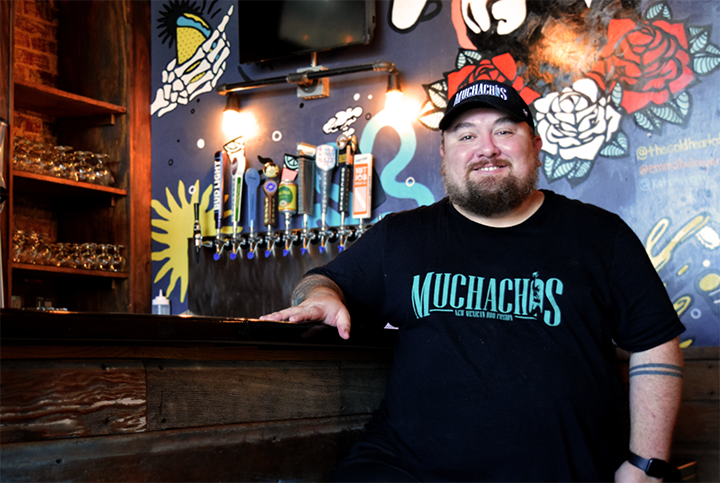 “I remember sitting in their kitchen vividly, and seeing all the things that they would do,” Maestas said. “My grandma would make tortillas like an octopus, no pain in her fingers—picking things up straight off the pan. It was amazing. She was a surgeon in the kitchen.”

Maestas’ grandma passed when he was 13. Nine years ago, he lost his grandfather, too.

“My grandfather was the closest thing I had to a father figure,” he said. “When he passed away, I just went into this dark, cloudy, awful place—drinking, among other things. I kind of got to the point where I was like, ‘okay, they'd kill me if they saw me living this way, and they wouldn't be happy.’”

Maestas started searching for a way to connect to his grandparents and honor their memory. So he started cooking the food they used to make.

Maestas started serving his grandparents’ menu to friends, and soon was putting his own spin on the dishes, incorporating New Mexican hatch chile and green chile salsa into pork tacos and barbecue.

One Saturday afternoon, he sold 200 pulled pork tacos out of his garage.

“I was like, okay, I think we found it,” Maestas said.

It seemed like a sign when a food truck for sale in Saint Louis was the same shade of blue as his grandparent’s old house in New Mexico. 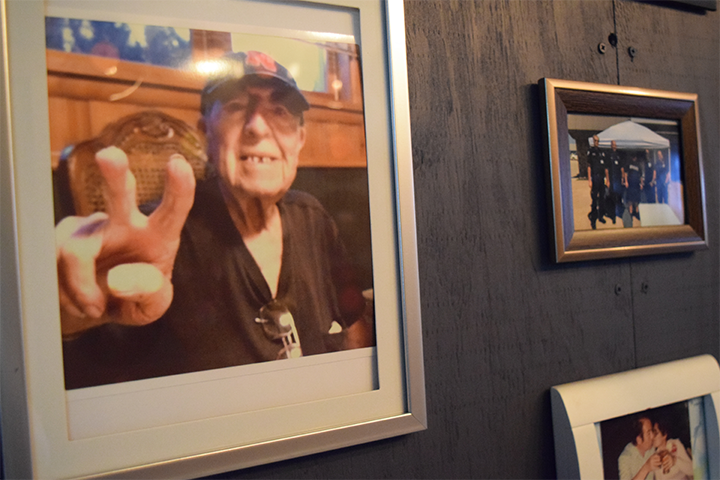 Maestas' grandfather is framed among a photo wall of Muchachos food truck memories.

Since then, Muchachos’ food truck has had a huge success in Nebraska, and the brick and mortar won’t be slowing it down. Now with a full kitchen at their disposal, Maestas is excited to kick things up a notch with food truck events and weddings.

However, Maestas said there’s no better feeling than seeing their 11th Street location come to fruition. It means they can accommodate a larger crowd, a larger menu, and larger portions.

“We do a tray of nachos for $10,” he said. “It comes out on a quarter sheet tray, just stacked with chips, queso, and meat. To see people's eyes when they come and get it, it's super fun.”

And at the end of the day, Maestas is happy that success means he can give back to the community. 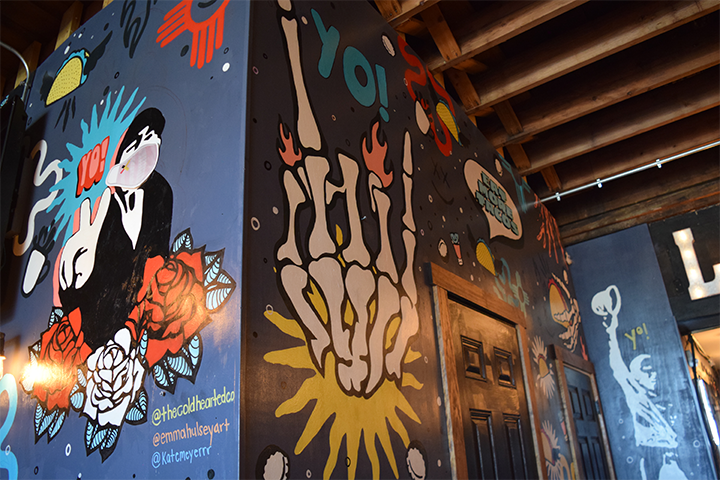 “We want to be more than a taco shop and a coffee shop,” he said. “We want to be a place for the community where we welcome everyone in but we also do our part to uplift our community, going into neighborhoods and feeding people who need meals.”

Last holiday season, the Muchachos truck worked with the Lincoln Food Bank to serve a group of 120 people Christmas and Thanksgiving dinners.

“You love people where they are,” he said. “That feels good. I grew up in a place where we didn't have a lot. Now that I have an opportunity to give back, I feel like I definitely should.”