Olsson Associates Will Expand in West Haymarket with $19 Million Project 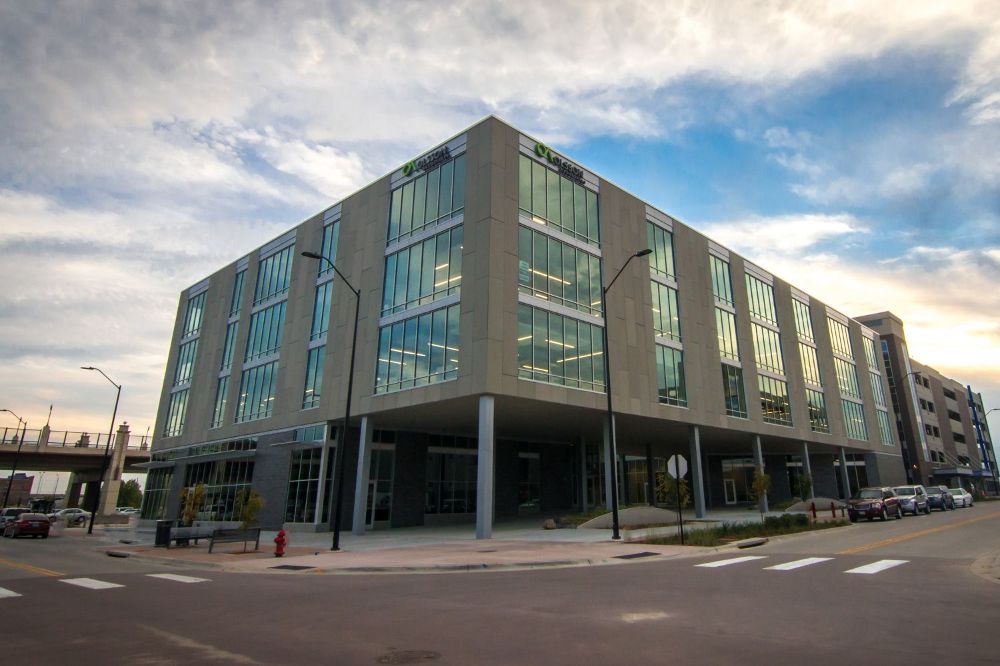 Olsson Associates announced today that they will be expanding in the West Haymarket with a four-story building later this year.

The $19 million dollar expansion will be south of its current location at Canopy and “P” streets and will create 67,000 square feet of office space and 5,800 feet of retail space on Canopy Street.

The building will be similar in design and construction to its current headquarters, and will allow the West Haymarket Joint Public Agency (JPA) to complete unfinished streetscape connections to Pinnacle Bank Arena. Skywalks will connect to the adjacent Blue 3 garage, as well as the current Olsson building and the District Energy Corporation (DEC), bringing down the energy bill for all DEC users.

Olsson Associates was founded in Lincoln in 1956 and offers design and consulting services in infrastructure, environmental, field services and facilities. The firm has since grown to more than 1,000 employees in eight states, including 300 in Lincoln.

Since its move from 1111 Lincoln Mall to the West Haymarket in August 2014, CEO of Olsson Associates Brad Strittmatter said the company is committed to staying in Lincoln.

“Olsson Associates has enjoyed a long and successful history in Lincoln, thanks to the many people and businesses who have supported us," Strittmatter said. “This new project ensures that we have the space to continue to grow our business. The West Haymarket has been a huge benefit to our company since we moved our headquarters here in 2014. The amenities and atmosphere in this part of Lincoln foster an exciting and creative work environment that is attractive to our workforce, which ultimately benefits our clients."

Mayor Chris Beutler said this will be the sixth redevelopment project for the West Haymarket, which adds up to over $112 million in private investment in the area, continuing the momentum to bring more redevelopment down Canopy Street and into the South Haymarket.

"This project is about our history and our future-a company founded in Lincoln more than 60 years ago expanding in the newest area of the Capital City," Beutler said. "I appreciate Olsson's continuing investment in our growing community.”

A redevelopment agreement is expected to be presented to the City Council and the JPA in September. The project could start as early as November and be completed in early 2020.