Planting the Seeds for an Urban Pollinator Flyway 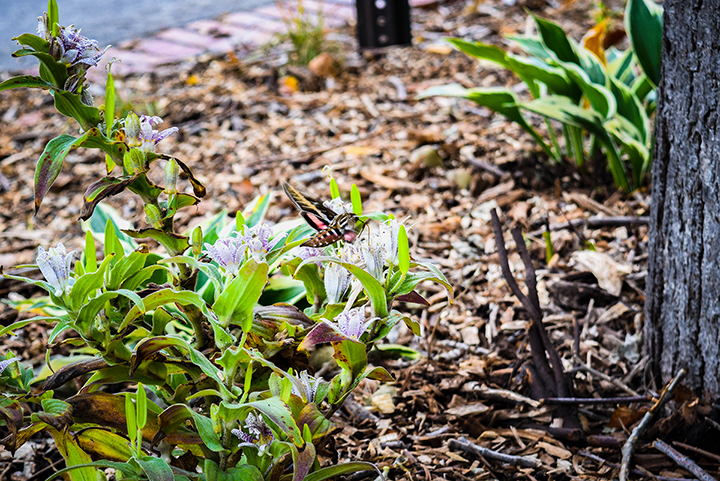 You don’t need a lush garden or an expansive park to create a haven for pollinators. So why not make one right through Downtown Lincoln?

That’s the idea behind the 13th Street Pollinator Flyway, which is in the works to become a reality this Spring.

The community project was conceived by Nebraska Wildlife Federation's Carolyn Butler, Monarch Butterfly and Other Pollinator Program Director. It entails planting native pollinator plants in the 67 permanent planting beds that line 13th Street along the eight-block stretch between R Street and the Lincoln Mall.

Butler was inspired to create a longer downtown flyway after she helped put together a small pollinator garden and educational signage in front of the Foundry coworking space on 14th street. 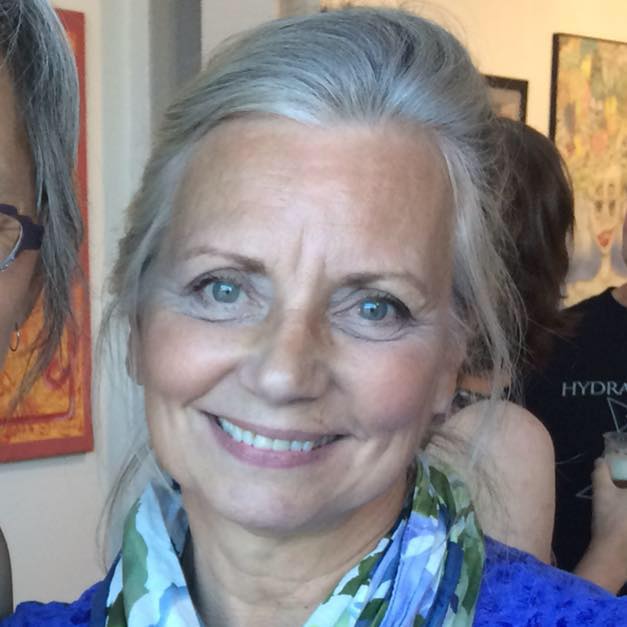 “I am all about finding ways to expose people to nature immersion who wouldn't normally be thinking about it,” Butler said. “With the pollinator flyway being right downtown more people will see it, and we'll have educational signage, as well. Hopefully it will be beautiful, and they can say, ‘I could maybe do this at home. I could make a difference that way.’”

By establishing native pollinator plants in the beds such as milkweed, which is the only plant monarchs lay their eggs on and the only plant monarch caterpillars will eat, the flyway will become an effective habitat for pollinators—that is, the birds, bees, butterflies and moths that cause plants to produce fruits and seeds and are essential to our ecosystem.

Think about the flyway as a safe rest stop for butterflies, as well as a space to educate the public about pollinators in peril and the value of planting water-wise, perennial native plants that support Nebraska’s biodiversity.

“Monarchs are important to Nebraska, but they're important to our whole world,” Butler said. “In the late 90s, there were billions of monarchs migrating from southern Mexico up to Canada. Older people, if you talk to them, can remember seeing them migrate. They can remember trees and shrubs just dripping with monarchs. We don't want to lose that.”

The number of monarch butterflies have declined 90% over the past two decades due to habitat loss, use of pesticides and herbicides, and extreme weather events. Butler said that some people say monarchs are the “canary in the coalmine.”

“Now they're coming back and we're starting to see the numbers come up,” she said. “Nebraska is in that migration flyway, especially in the eastern third of the state. It's important in Nebraska because to many the monarch is iconic. And I think, because we're an agriculture state, we need to be paying very close attention to pollinators in general.”

With the help of University of Nebraska-Lincoln environmental studies students, the Downtown Lincoln Association will design and oversee the planting of beds and long-term maintenance. The chemical-free native plants will be supplied by the Nebraska Statewide Arboretum, and Nebraska Wildlife Federation will coordinate the project and serve as a communication liaison.

However, Butler said the key to a successful pollinator garden is getting the community engaged. She’ll be focusing on finding ways to get the downtown businesses along 13th street to inspire their staff to take pride in the flyway. 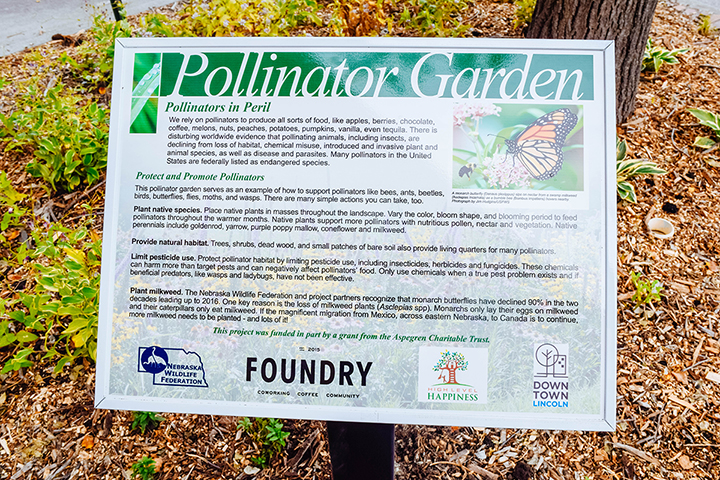 “When we're planting in front of their buildings, they could, for example, have their staff sign up to be a part of that,” Butler said. “Or they could have a 30-minute brown bag lunch to learn about pollinators. [The community] can be a part of the process. So if you see a cigarette butt out there, pick it up. Because this is your garden, too.”

National Pollinator Week is June 17-23. Butler hopes to plan several events centered around the flyway to celebrate the week, like walking tours with horticulturists and entomologists as well as family-friendly activities.

While the Downtown Lincoln Association will be absorbing the costs of basic plant materials and labor, Butler also said she hopes people will be inspired to give to the project.

“We want to go above and beyond,” Butler said. “This project is coming out of the Nebraska Wildlife Federation and we will be looking to fundraise so we can do more with it, have educational components and events. And maybe ongoing tours. I really want to see the flyway remain a destination beyond this summer. Native pollinator gardens take several years to grow into their full beauty. They should continue to attract many visitors in years to come.”

Butler’s ultimate goal is to eventually get downtown Lincoln’s flyway model out to other communities.

“We need native plants on the ground,” she said. “They're water-wise, they're beautiful, they're the best biodiversity protection for our native species. It'll be right in the heart of town, and I think it can really create a gem for all of us.”

For more information on how you can donate to the 13th Street Flyway, visit nebraskawildlife.org.