Singing Servers in the Haymarket


Screamers brings a unique dining and cabaret experience to Lincoln 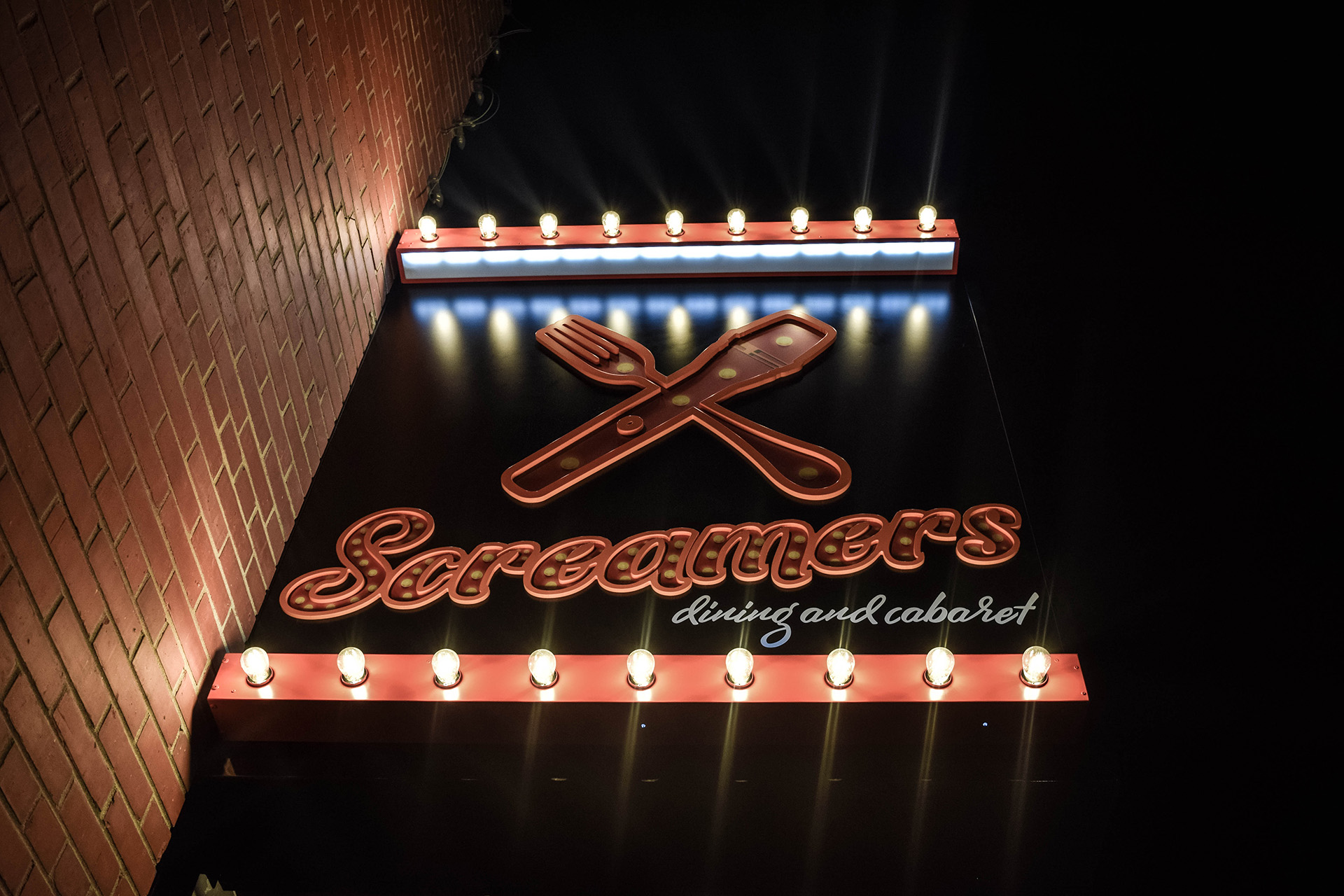 Imagine a waitress that can belt a 1970s ballad as easily as she can tell you the evening’s specials.

That’s what you’ll find at Screamers, a dining and cabaret experience new this year to the Haymarket.

Step inside the 8th and Q Street location and you’ll find a small stage and dozens of framed photos of the University of Nebraska-Lincoln’s Scarlet and Cream Singers, a small show choir that was founded in 1972 and performed for 35 years before disbanding. Over the years, the group was a way for around 200 students to hone their craft and perform with peers from diverse backgrounds.

Screamers owner Kevin Witcher was a member from 1987 to 1991. For him, the restaurant is a way to continue the tradition--even the name, “Screamers,” is a shortening of “Scarlet and Cream Singers.”

“The one thing that Scarlet and Cream did for those of us that wanted to go on and perform musical theater, it gave us a place to really grow and to practice,” Witcher said.

Witcher wanted to honor the work of Scarlet and Cream’s founding director Ray Miller, who directed the group for 25 years before retiring and passed away in 2012. Miller was a saxophonist and vocalist who traveled the world with military bands before teaching.

“Ray was a great mentor as far as styling and performance abilities and qualities,” Witcher said. “The students came from all walks of life, all manner of study. He put the groups together based on different factors, so that when they came together as a whole, they were a great entity together. It really shapes how I approach my staff here now, because I have several students who want to do musical theater, and this is allowing them a place to grow and learn and hopefully get some mentoring from me, and prepare them to audition and compete. Kind of taking up the mantle where Scarlet and Cream left off.”

Witcher himself moved to the east coast after his time in Scarlet and Cream to begin auditioning in New York, and was a 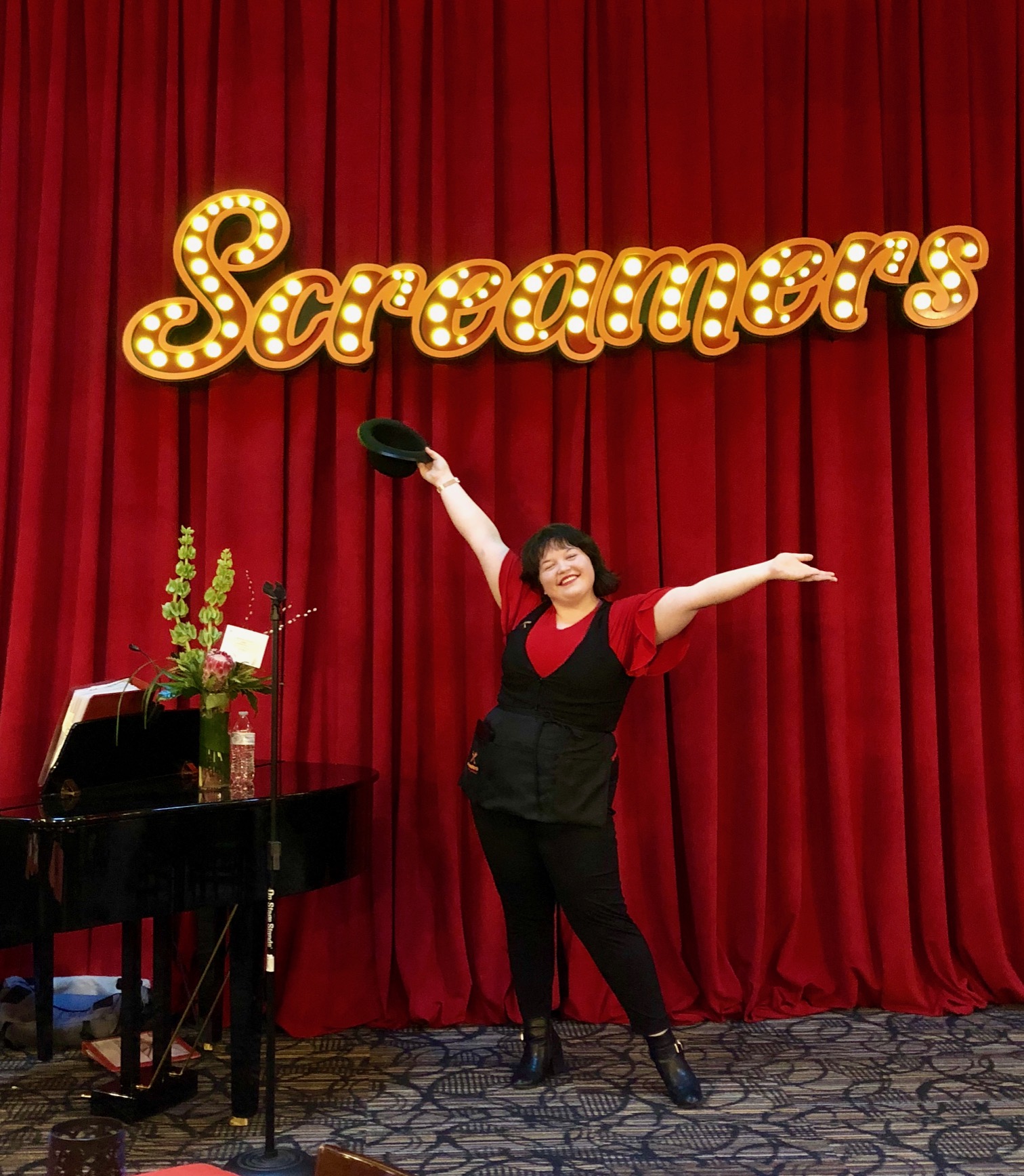 part of a national tour of “Grease” and “Raisin,” a musical based on “A Raisin in the Sun.” After twelve years he decided to settle down and teach a dance and theater program at a private school in the D.C. area.

While in D.C., Witcher came across a restaurant that had a live pianist on the weekends. Occasionally, there were staff that would hear a song they knew and go up and sing. After a while, the owners realized that because most of their staff were students at George Washington University in the theatre and music programs, they had a lot of staff that could sing. The restaurant started working on songs with the pianist and they started to become known as the “singing servers.”

“I thought to myself, what if this was the focus of a restaurant concept?” Witcher said. “A singing staff. Who doesn’t like entertainment while you dine? So that was always kind of in the back of my head for the past six or seven years.”

When Witcher moved back to Nebraska and saw the growth in the Haymarket, the idea came back to him.

“Being close to home, I wanted it to be an homage to the Scarlet and Cream singers and all that it meant to all of us that were apart of it,” Witcher said.

Witcher went to UNL’s top choirs and theatre classes to talk to students about his restaurant concept, placed advertisements calling for talent and then set up a large audition to find his cast of singing servers.

Screamers servers are expected to practice on their own and must audition any song in front of Witcher first before they’re able to perform it for guests.

While several servers are working towards a career in musical theater, Witcher said he also has some staff that just love to sing.

“I have people who have full-time day jobs but they come in evenings or weekends to work and sing because they just love the atmosphere and love entertaining people,” Witcher said. “It's a bit of a process and sometimes people are nervous about it at first, but we've found some great singers, some who were kind of diamonds in the rough and have blossomed and shined up really nicely. I'm proud of my staff.”

Witcher said he made sure to find a talented backstage staff, too. 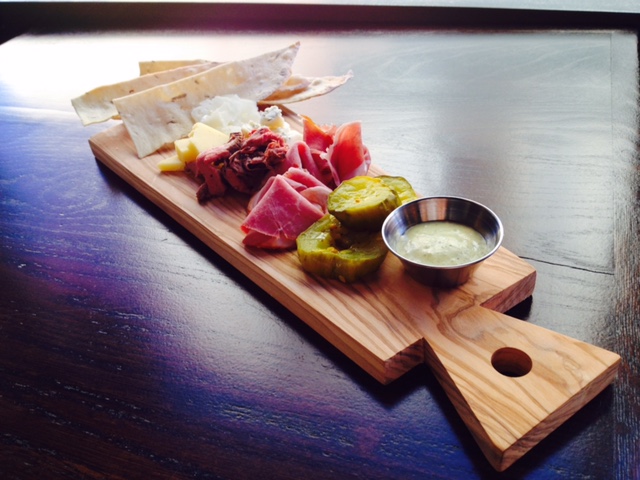 “He only moved to Nebraska last fall,” Witcher said. “I snatched him up very quickly. He’s a very talented chef and has lots of experience doing wine pairing dinners in Chicago.”

The restaurant also hosts stand-up comedy nights, kids nights and Spotlight Cabarets, where outside performers are brought in for one-hour solo acts--some are even past Scarlet and Cream members.

“We’re open to all kinds of opportunities to feature local artists,” Witcher said. “We want to try and support local art in all its forms.”

Witcher said his biggest obstacle is educating people about Screamers’ unique atmosphere, and what to expect.

“A lot of people here ‘Screamers’ and don’t automatically think of Scarlet and Cream,” he said. “They sometimes think we’re some sort of restaurant that yells at people. Or they see ‘cabaret’ and they think there’s something adult going on. But we’re a family-friendly, kid-friendly, local hometown restaurant with great food and great live entertainment. I hope that people will give us a shot.”

Screamers had its grand opening back in January where around 45 Scarlet and Cream alumni were in attendance and some even performed.

“We’ve had multiple visits from members of the group who are always moved by their first encounter with us,” Witcher said. “Over the 35 years all the members are all very close to this day because having that group in common automatically made us family, even if we weren’t in it at the same time.”