Sisu Salon: On the Cutting Edge 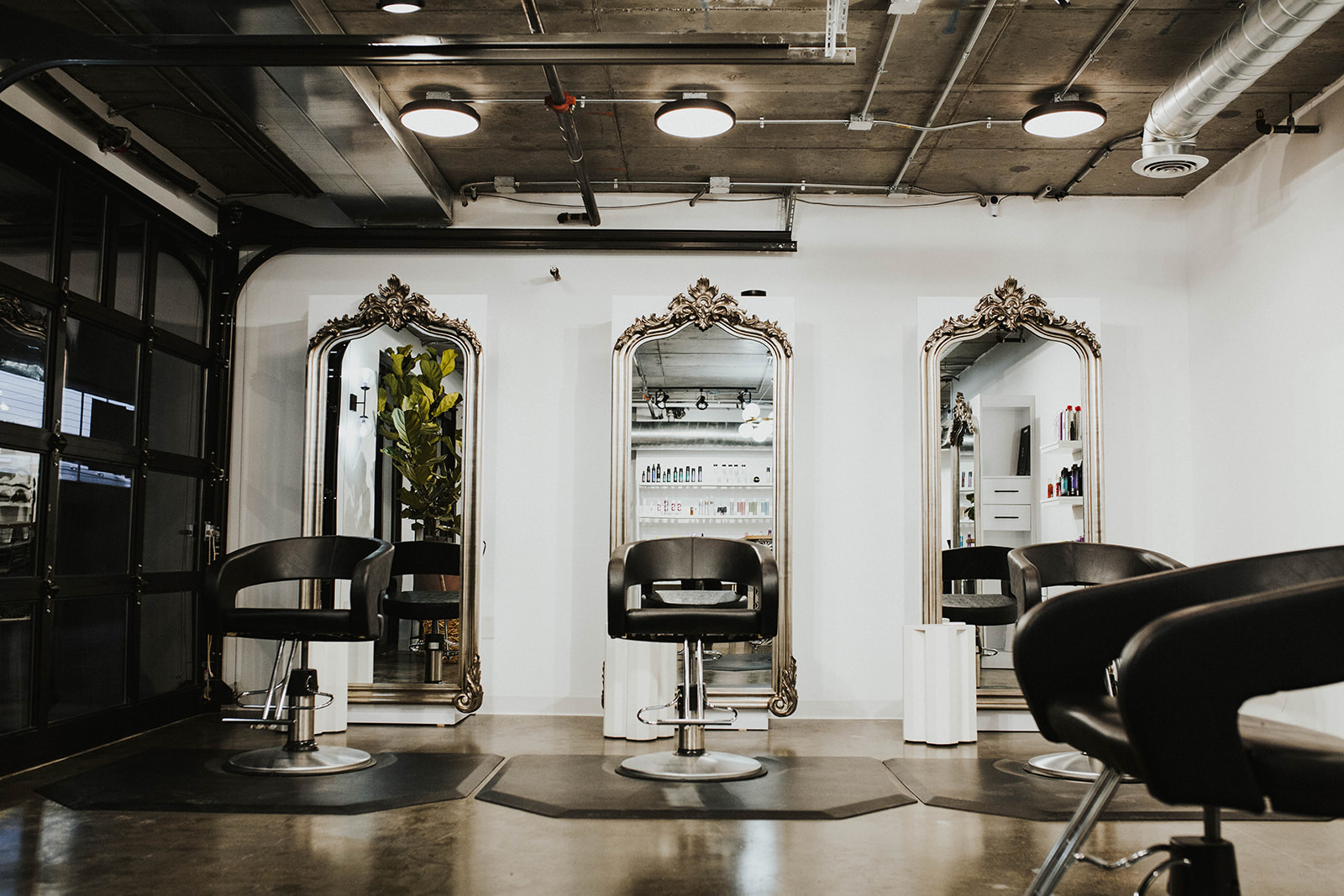 Sisu Hair Salon owner Anna Evans signs off every email with a quote from Coco Chanel: “A woman who cuts her hair is about to change her life.”

This Chanel-ism is something of a driving force behind Evans and her team at Sisu, which recently moved from it’s south Lincoln location to a lower level suite at 801 R Street in the Haymarket.

“For me, it’s not just a cut and color service,” Evans said. “It’s about finding out who you are and then bringing that out.”

Evans opened Sisu six years ago when she realized she needed her own salon in order to pursue her unique passion and ideology when it comes to hair.

“I just always want to do things that inspire me,” she said. “I was working at a salon that I loved, and they changed the direction they wanted to take the company. When that changed, I knew I had no choice. I had to open up a salon. I never wanted to be a business owner. But it wasn’t a plan, it was a necessity.”

Since then, Sisu as been named one of Elle Magazine’s top 100 salons in the USA and has become a Lincoln salon known for pushing boundaries and staying on the cutting edge of hair design. Even the name, “Sisu,” is the Finnish word for “resilience.” 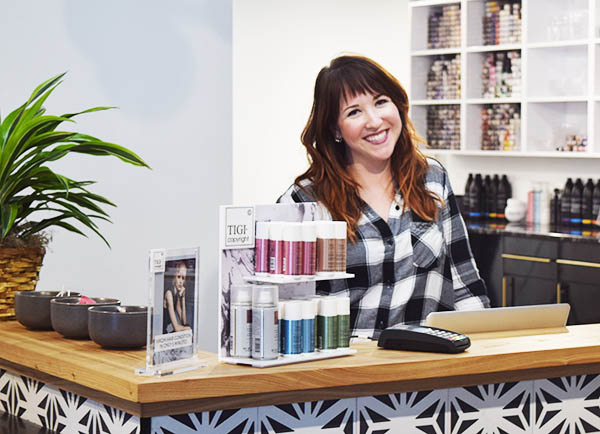 Evans had originally pursued theatre before she realized her life needed to take another direction. She was living at home when a friend suggested she should cut hair.

It was two in the morning and Evans thought he was asking for a haircut rather than offering life advice, because she had always cut her friends’ hair for fun.

Raised in a family where going to college was the expectation, Evans had never considered hair as a career.

“And I knew right away, as soon as I started,” she said. “In the first couple of weeks, I knew this was where I was meant to be.”

It’s been twelve years since Evans received her license. Right away, she began cutting and styling hair on stage for the TIGI Art Team, and fell into a love of hair education. Later she transferred to TIGI’s color team, and today she is one of their top ten colorists in America.

“Education is the core of what I do,” Evans said. “I feel like it's so important to stay up on the trends and to stay up-to-date with techniques. Also, I just like to teach other people and share that, so we do a lot of mentoring and training when stylists come into the salon.”

Besides in-house education at Sisu, all of Sisu’s stylists went to America’s Beauty Show (ABT) in Chicago this year, and travel to New York City every year for education at the TIGI Academy.

When the opportunity opened up to relocate Sisu to the Haymarket this year, Evans knew it was time to move the business.

“I mean, the community, the art, the culture—it’s just my favorite part of the city,” she said. “I’ve always wanted to bring us here.”

With only two months to move the salon across town while juggling a long list of clients Sisu had already, Evans turned to local contractors, Lincoln home decor 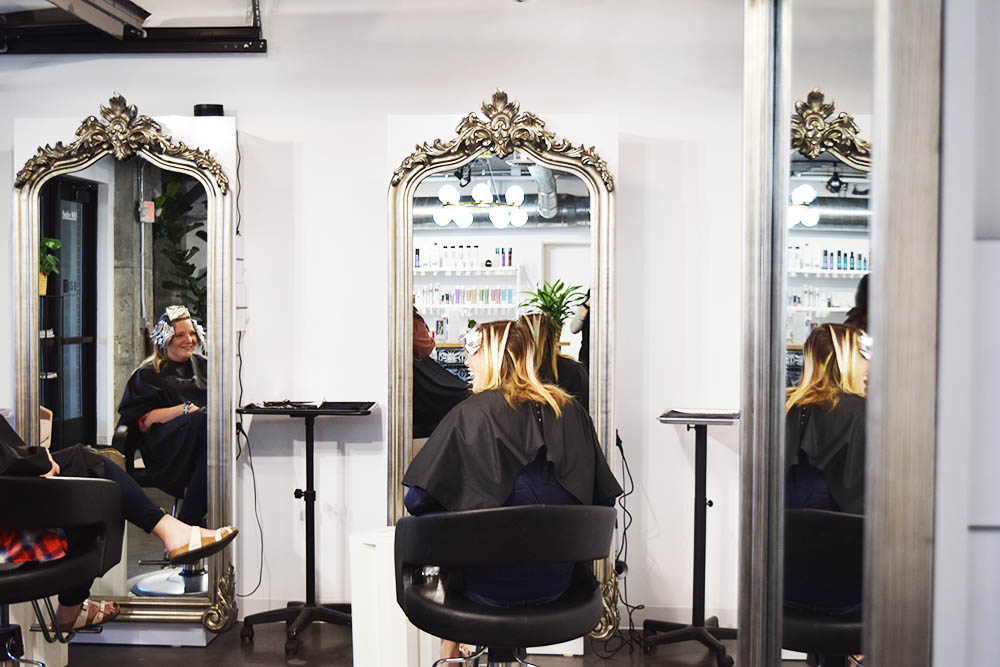 store Loft & Craft, and the Sisu stylists to get the downtown location staged and running smoothly.

“You have to build a team around you,” Evans said. “And there’s so much talent here locally.”

With only four chairs and five stylists at Sisu, the new Haymarket salon space is always busy--but Evans describes it as “quality over quantity.”

“I really wanted to work with like-minded people,” she said. “Everyone is about education and technique. I think that our quality standards just really set us apart. I don’t do a lot of recruiting for stylists—the ones that stick come to us because they’re attracted to what we do here.”

A large part of a cutting, styling, or coloring session at Sisu is the thorough consultation beforehand with each client.

“Customer care is really important to us,” Evans said. “We listen to the client. People will have inspiration photos, but sometimes you look at that inspiration photo and then you also look at what they’re wearing. I’m interested in their whole lifestyle. It’s a head to toe approach in that regard.”

Sisu was also the first salon in Nebraska to offer gender neutral pricing.

“If an idea sticks with you long enough, more often than not, it’s an idea worth pursuing,” Evans said in a statement when she launched the new pricing structure. “We have noticed that sometimes your personality calls for a shorter pixie cut and other times long locks will do. Regardless of who is asking, we want to provide you with the hair that’s right for you. I believe in equality and would like our prices to be focused on the service received, not the gender of the person receiving the cut.”

Evans said the next big project for Sisu is becoming more involved with the community now that they’re downtown, along with future trips to the New York TIGI academy and styling for events like Kansas City and Omaha’s Fashion Weeks.