The Dish on DISH 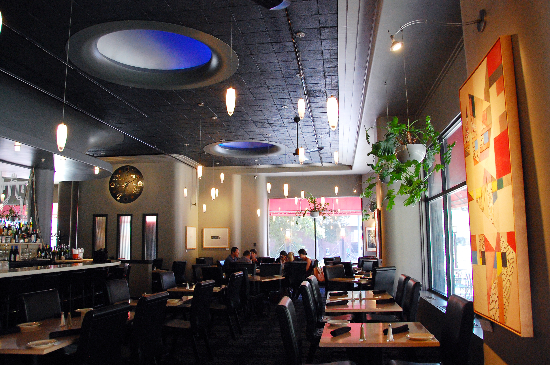 Only a year after Travis Green began working at DISH, he bought the restaurant.

Ten years later Chef Green, a Lincoln native, said the restaurant is in its most creative phase yet.

In addition to Heineman, Green said there are a number of invaluable employees at DISH who have worked with the restaurant for many years. He said Jesus Martinez, DISH’s kitchen manager, and sous chef Rachel McGill are among those whom Green said have given him much help over the years.

Green and Heineman sat down with DLA to discuss their ever-evolving menu, favorite dishes and the importance of being active in the community.

DLA: When you first purchased DISH, what changes did you make to the menu or style of food?

Green: I think we initially made a change in the food and it’s continued to change and evolve. I think we’re on to our most creative phase in 10 years as far as food goes. But yeah, there’s a few remnants of old menus around, but for the most part, everything has been re-conceptualized.

Heineman: I think there’s been more of focus in the past year or so in using local ingredients and also maybe ingredients that people aren’t familiar with, or approaches to cooking. Still-approachable food that’s easy and really enjoyable, that’s not too pretentious, but certainly outside-the-box from your regular steakhouse. 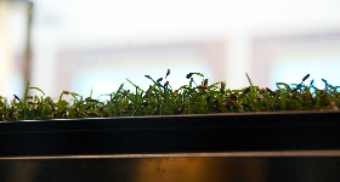 DLA: I saw online that you guys are growing your own herbs and greens. Is this your first attempt?

Green: For the micro greens, yes.

DLA: What are “micro greens” exactly?

Green: It’s just a sprout from any seed. We’ve been working with sunflower sprouts, fennel’s over there now, some other spicier radish sprouts, you’re planning a bunch of them really close together and not letting them get past their initial sprout stage.

Heineman: So they’re still really tender but still have that flavor of whatever they will become.

DLA: Why did you guys decide to try growing these sprouts?

Green: I just didn’t want to pay for them anymore (laughs). I’d say Rachel [McGill] just wanting to have that ingredient to work with.

DLA: How often do you guys add new dishes?

Green: We’re changing the menu starting August 4. Since December, this will be the third or fourth time.

Heineman: The goal is quarterly, so about every three or four months. To bring in locally sourced stuff, so that changes with the season. Heavier food in the winter, lighter food in the summertime. 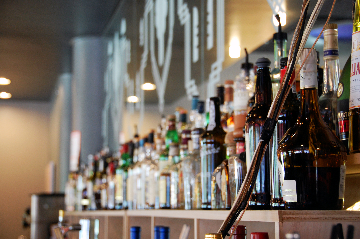 DLA: I saw you guys were redoing your wine list. What goes into deciding which wines to keep or add?

Heineman: As far as wines go, in Lincoln, Nebraska, I think people are learning a lot. We’ve got a lot of exciting bars and restaurants in town that have given us an opportunity to try some really exciting grapes that people aren’t used to. I’ve been bringing in grapes from countries we don’t usually see. More Spanish influence and South American influence, rather than just the French and American grapes that you’re used to. But, of course, there’s always a focus on keeping the favorites around. It’s about finding that balance, and keeping everything affordable. We want people to be able to come in and enjoy a dish every day, not just on special occasions. 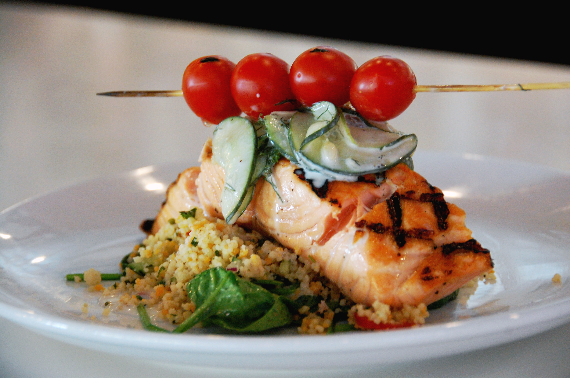 DLA: What about food, what are your favorite dishes?

Heineman: Like Travis said, we are just about to change the menu and a lot of our current menu items are going to find new life. A lot of the same proteins, different accompaniments.

Green: I love scallops, duck and we’ve got a few duck dishes on the new menu, salmon…

Heineman: Salmon is probably my favorite protein we have here at DISH. They do an amazing job, it’s always perfect. No matter what incarnation it comes in, it’s wonderful.

DLA: In regards to décor or even the type of food you guys are serving, what kind of mood or feelings are you guys trying to set for customers?

Heineman: We certainly try to keep it from being too fine dining or too stuffy.  People should feel comfortable and want to come here.

Green: Currently we’re working with Kiechel. The art does change.

Heineman: Pieces come and go, about once a month. Most of it is from Kiechel, a Downtown Lincoln business. All of the artists that they show here, have at least some sort of Nebraska connection. Either they had a residency here, or worked here, or are Nebraska natives, which I sort of like. 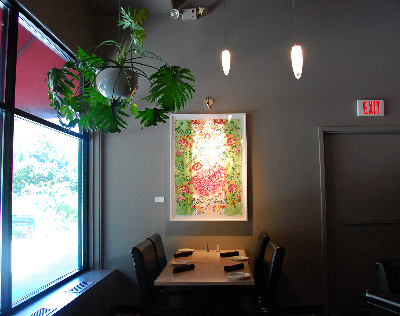 DLA: Obviously you guys use local, and have tight ties with Lincoln and Nebraska. How does that affect your business?

Green: There’s people who have been coming to this spot for 25, 30 years. They’ve always supported this restaurant. We try to do a lot of events in the community. Rachel is working with Community Crops, we do March of Dimes every year, we do child guidance center, lots of those kinds of community events. And I do think people feel that we’re very tied in with the community. We are local, we shop local.

DLA: Is there anything else you wanted to add?

Green: We do a lot of lunch business with both University faculty and downtown business people. So that’s a steady part of our business. In regards to our downtown lunch business, Jesus has worked here for a long time and really knows the customers who come in, and does a great job of coming up with lunch specials with those customers in mind.