What happens when a Holiday Inn takes a holiday 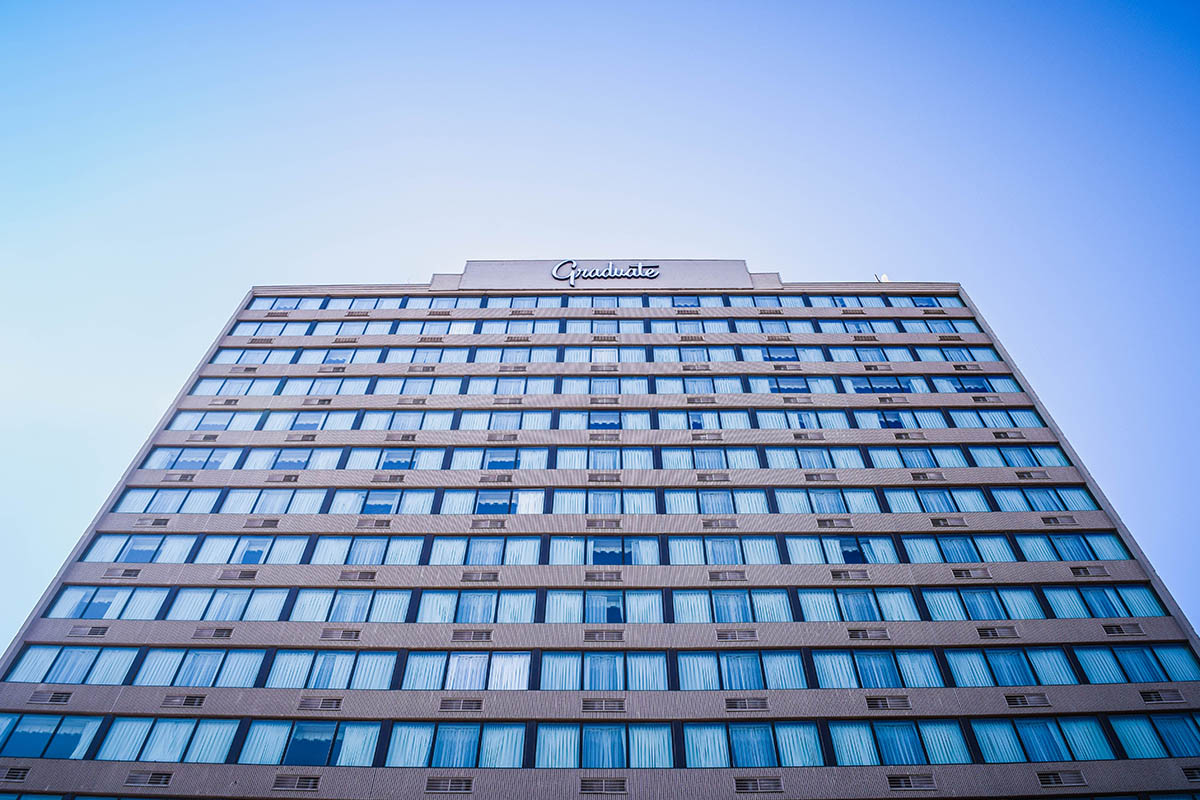 In June of 2017, AJ Capital out of Chicago reopened the former downtown Lincoln Holiday Inn as the Graduate, a little-known hotel chain.

From the outside, the building at 9th and P streets looks like the same standard hotel, albeit “Graduate” emblazoned above its 16 floors, and the addition of a red and white striped marquee.

Step inside, and it’s a different story.

One look at the Graduate’s lobby and you might feel like you’re in a time warp. 1970s plaid cushions on mid-century furniture have replaced the typical Holiday Inn florals and swirls. Painted brick walls, wood paneling, and Grandma’s acrylic midwest landscapes occupy the once wallpapered beige walls. Three old-school arcade games sit in the corner. 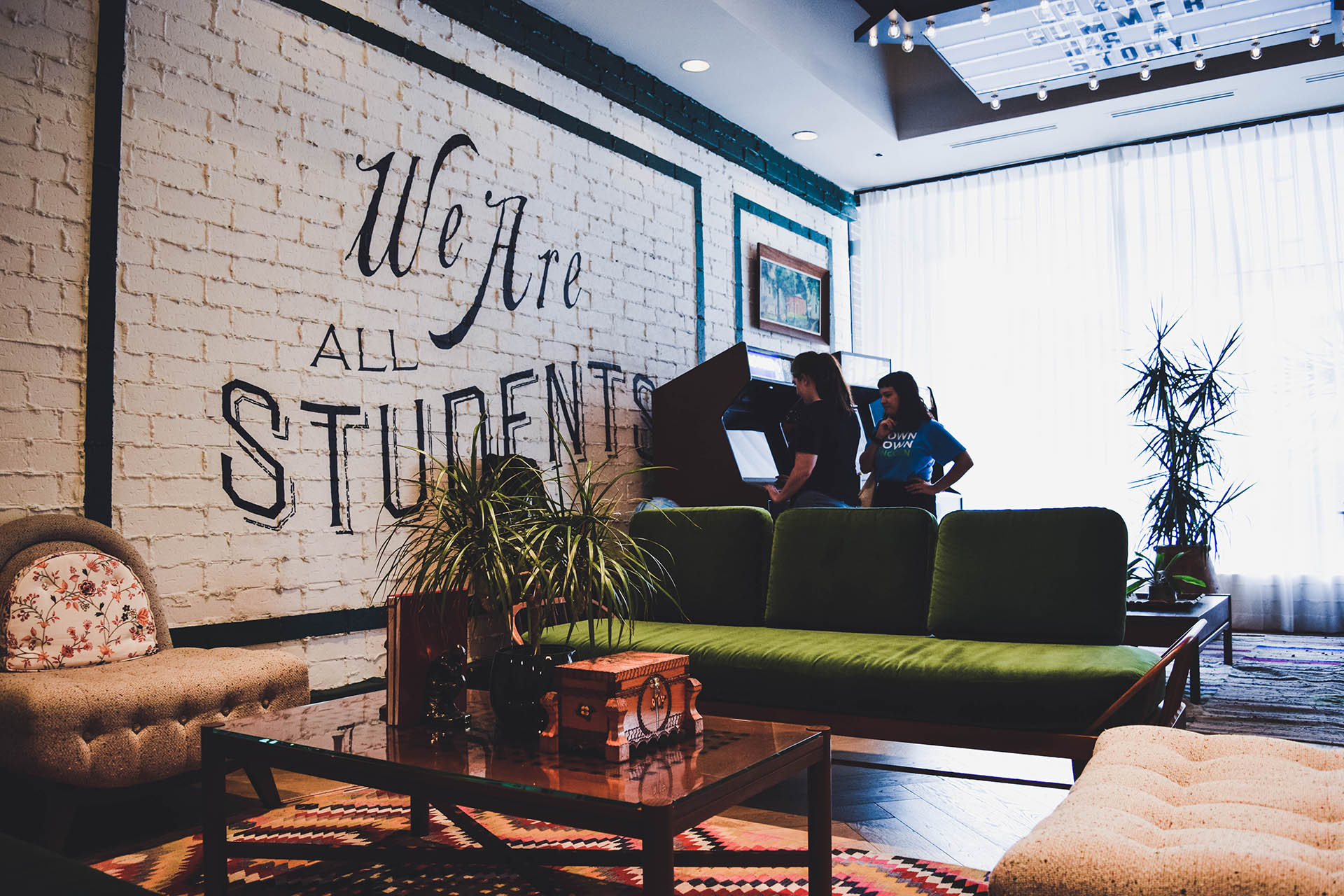 Make no mistake—the Graduate’s retro kitsch doesn’t stop there. It took six months to completely renovate everything from the hotel rooms to the event spaces to the elevator, all while researching our state’s history and scouring local antique stores to make Lincoln’s Graduate hotel distinctly Nebraskan.

The Graduate’s general manager, Troy Terwilliger, had been with the former Holiday Inn for 13 years before it was bought and completely turned inside out.

“I was nervous, right?” Terwilliger said. “We were a very plain and simple Holiday Inn. Nice, but Holiday Inn. All of a sudden, they start bringing in this decor that’s currently in here. They did a model room and I was like, ‘holy cow, I’m going to have to find a different job.’ It was just so crazy.”

As the renovation went on, Terwilliger said he began to appreciate the due diligence the company did on Lincoln’s history. 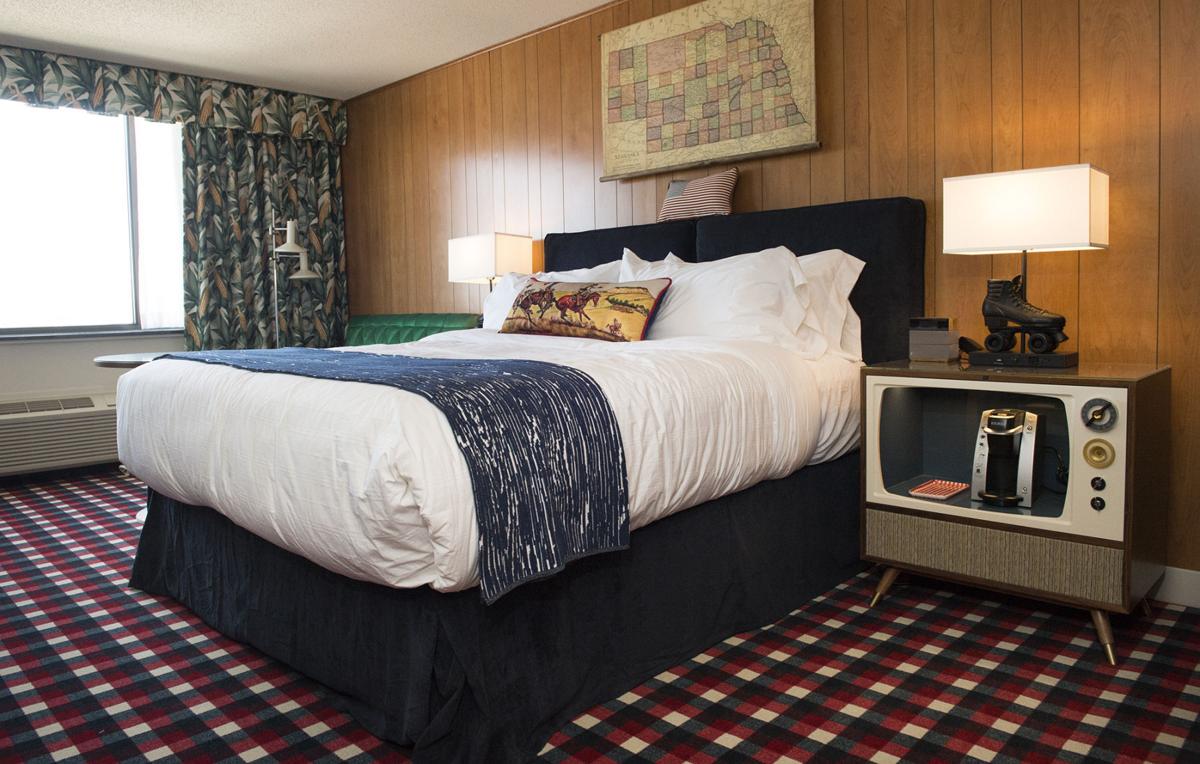 “The level of research they do is impressive.”

The location-based research is a key part of each Graduate hotel. The concept originated with the renovation of a run-down Days Inn near DePaul University, outside of Chicago. The redesign was kitschy, fun and had ties to the heritage of DePaul University, and the new hotel took off.

The experiment launched Graduate hotels’ concept: target large, university-anchored markets where the typical hospitality is owned by hotel chain big-leagues like Marriott and Hilton, and bring in something totally off-the-wall and unique to the city.

Today there are 13 Graduate hotels, all in college towns. Next year there will be 25, and in nine of the Big 10 markets.

Lincoln’s Holiday Inn was an obvious pick for a Graduate renovation with its walking distance to the University of Nebraska-Lincoln, State Capitol and entertainment district—and you’ll find ties to all of Lincoln’s landmarks and history in every nook and cranny of The Graduate.

Take a look at your room’s keycard, and you’ll be holding the old student ID of a famous person that went to UNL—like Johnny Carson, Brook Berringer, Gabrielle Union or Edwin Perkins, the inventor of Kool-Aid. 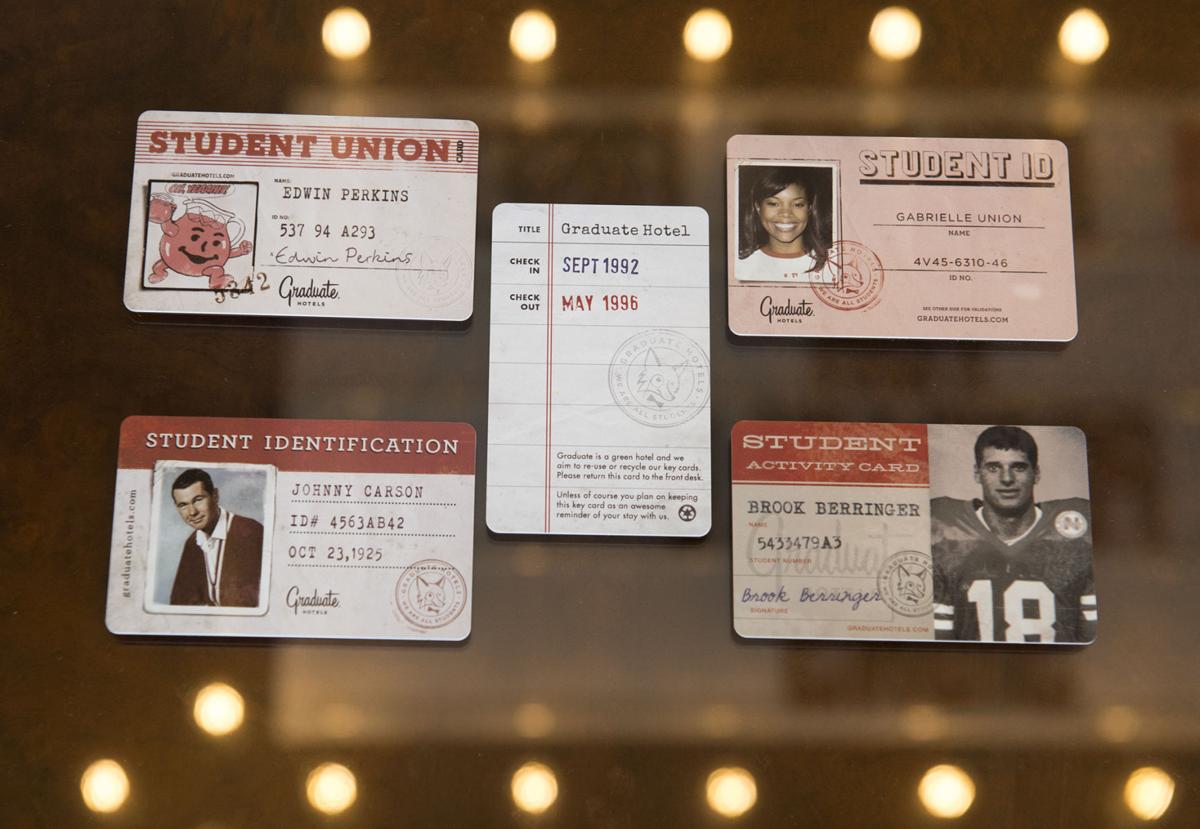 The curtains in guest rooms are patterned with corn, the elevator floors are covered with vintage Nebraska postcards and even the lamps on bedside tables are in the shape of rollerskates—a tribute to Lincoln’s National Museum of Roller Skating.

“Not only is the decor fun and unique, but they took the essence of the sleep experience so seriously,” Terwilliger said. “Our beds are the best beds. In fact, weekly I have guests that will write me an email and say, ‘I’ve never had better sleep, where’d you get the mattress?’ So all of [the decor] is really fun, but then they are really, really serious about doing it well. And that’s kind of what has won me over. I go to other hotels, and I’m like, ‘oh, this isn’t the Graduate.’”

Since its opening, the Graduate is continuing to grow and adapt to Lincoln’s market by offering its own unique amenities.

The hotel also offers several event spaces with the flexibility for smaller corporate meetings to wedding receptions with 450 guests. 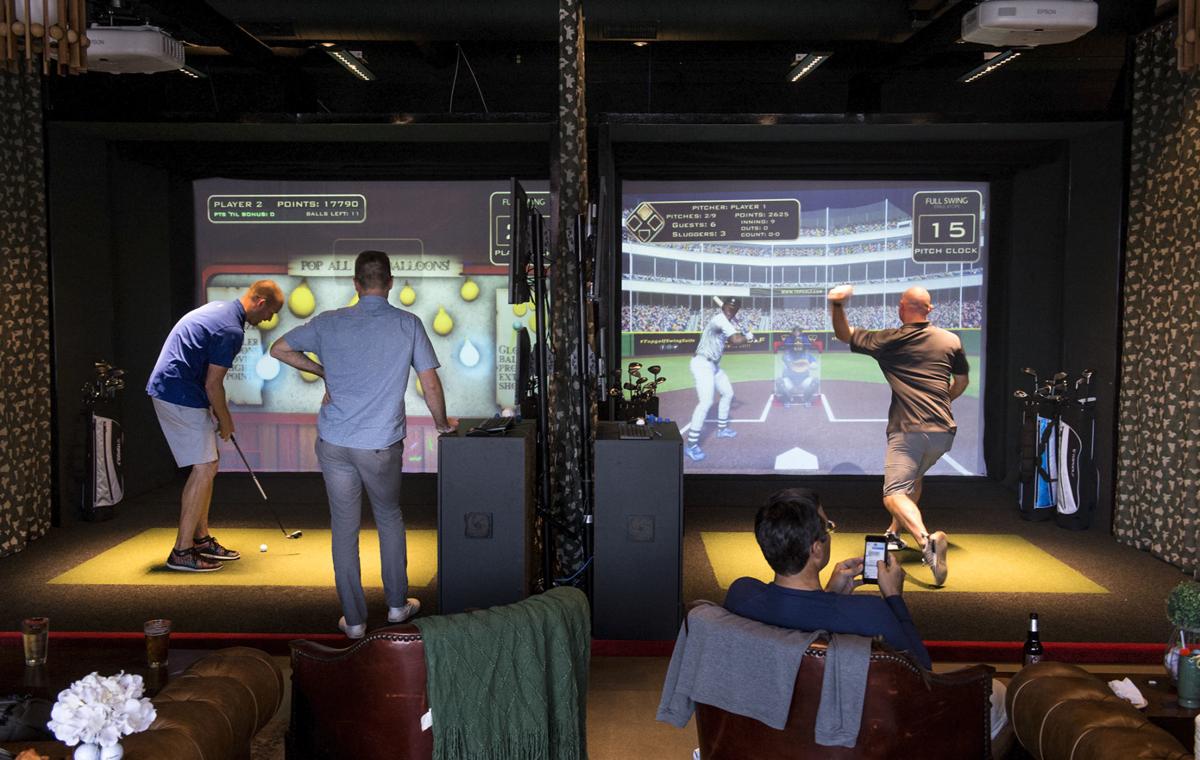 “For me, the change from the Holiday Inn to the Graduate has reignited my fire a little bit,” Terwilliger said. “You know, for 20 years I wore a suit and tie. The Graduate belief is we can give you whatever you want and we don't have to be stuffy. It allows for a little more personality. We're not the Embassy Suites. We're not the Cornhusker Marriott. We're the Graduate.”

Terwilliger said he believes the ability to be unique and the hotel’s complete renovation has reinvigorated himself and the staff because they are able to see people’s positive reactions.

“At the end of the day, if you run a hotel you're in guest service,” he said. “Our job is to make the experience for our guests the best that it can be. The change has made that really pleasant to see because people are, for the first time, experiencing Graduate hotels. It's been really neat to watch.”