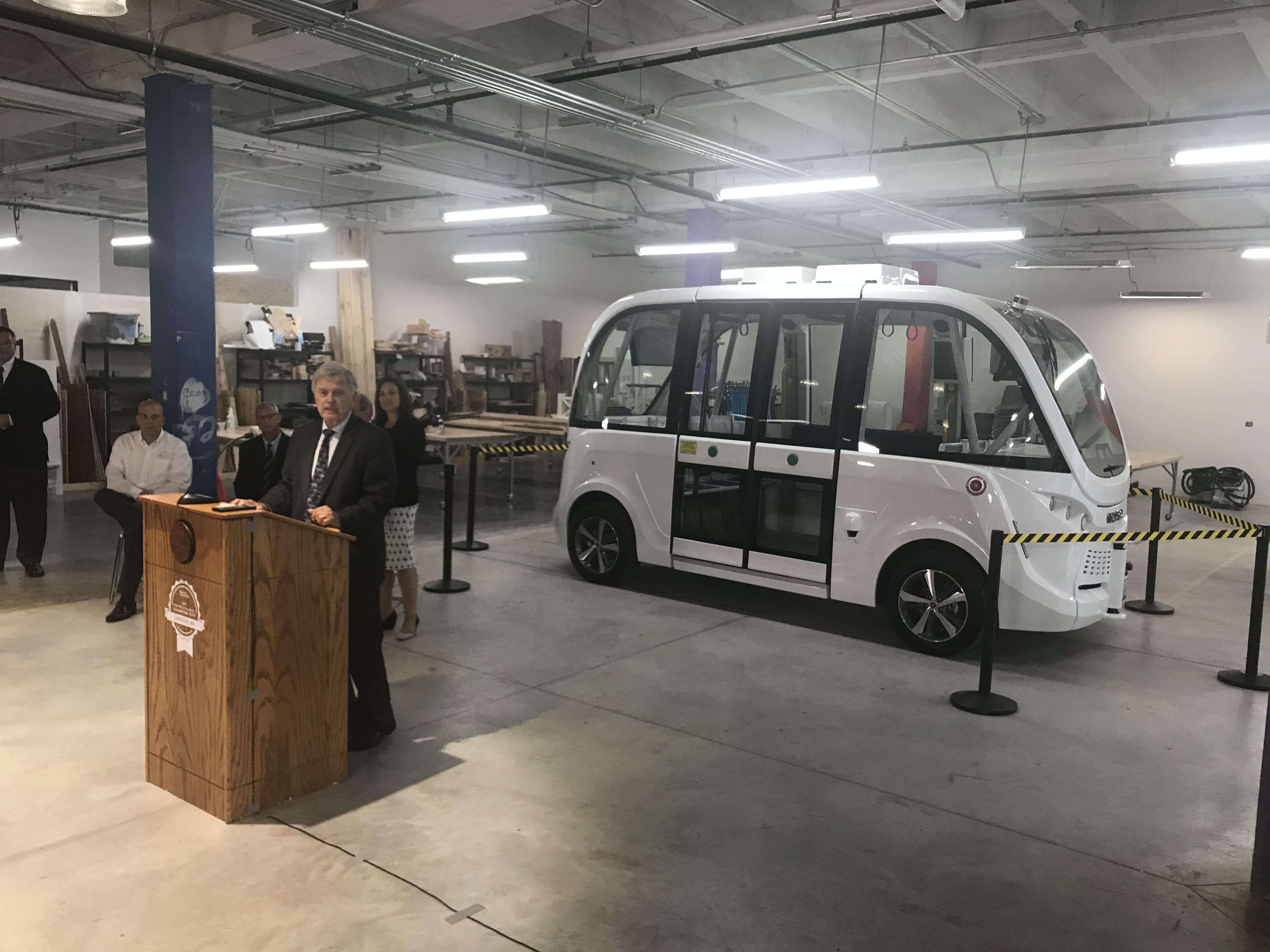 Six friends pile into a shuttle bus and head down O Street. The shuttle navigates traffic and slows at stoplights, but the driver is nowhere to be seen.

Surprisingly, this isn’t an episode of “The Twilight Zone.” It might soon become a reality in downtown Lincoln. The city is testing an autonomous shuttle system to help with traffic and parking issues.

The loaned shuttle, made by the French company Navya, is expected to be in Lincoln until at least mid-July as part of a study on implementing the new transportation technology in a mid-sized city. A limited number of rides will be available, and information on the rides will be released when the shuttle begins operating.

"Lincoln is seeking to become the first City in the U.S. to offer an on-demand autonomous shuttle service for public transportation," Mayor Chris Beutler said. "Lincoln residents will be able to summon the shuttle with smart phones, and an electric-powered shuttle will answer the call and tell them where and when to meet it. The shuttle will arrive and transport employees, students, tourists, and nearby residents to destinations along routes in the downtown area. All without a driver.”

Lincoln is able to test the shuttle because of a $100,000 grant from Bloomberg Philanthropies. Earlier this year, Lincoln was named one of 35 Champion Cities selected by Bloomberg as finalists in the 2018 Mayors Challenge. More than 320 applications were received in the nationwide competition that encourages City leaders to develop bold, inventive ideas to confront City challenges.

Lincoln has been working with Bloomberg since February to further develop the shuttle concept. The finalist cities will submit new applications in August 2018. In October, four cities will receive $1 million awards and one will receive a grand prize of $5 million to implement its idea. If Lincoln's demo is successful and additional funding is received, four to six automated shuttles could travel a fixed route in downtown Lincoln as part of a pilot program as early as 2019.

Lincoln residents who ride the loaned shuttle this summer will be asked to provide feedback both before and after the shuttle rides, and those responses will help the City team develop its final application.

"Autonomous vehicle technology will change the course of history, generating the same transformational impact on our society as the transcontinental railroad or the national interstate system," Beutler said. "With this project we get to be a part of shaping that history."

More information on Lincoln's project is available at shuttle.lincoln.ne.gov.