The 1923 photograph of the Grainger complex shows a small structure with arched windows south (left) of the former Tremont House.  Originally a stable, that little building was leveled by a gas explosion in 1936 and replaced by Grainger Brothers with the current three-story, reinforced concrete structure, which included a "banana room" in the basement.  The Davis & Wilson design was built for about $8,000, reflecting low Depression-era prices.  While it is hardly a major structure in the Haymarket or of that architectural firm, it is a remarkably early example in Lincoln of an unadorned, International Style design, appearing more like a building of the 1950s than of the 1930s. 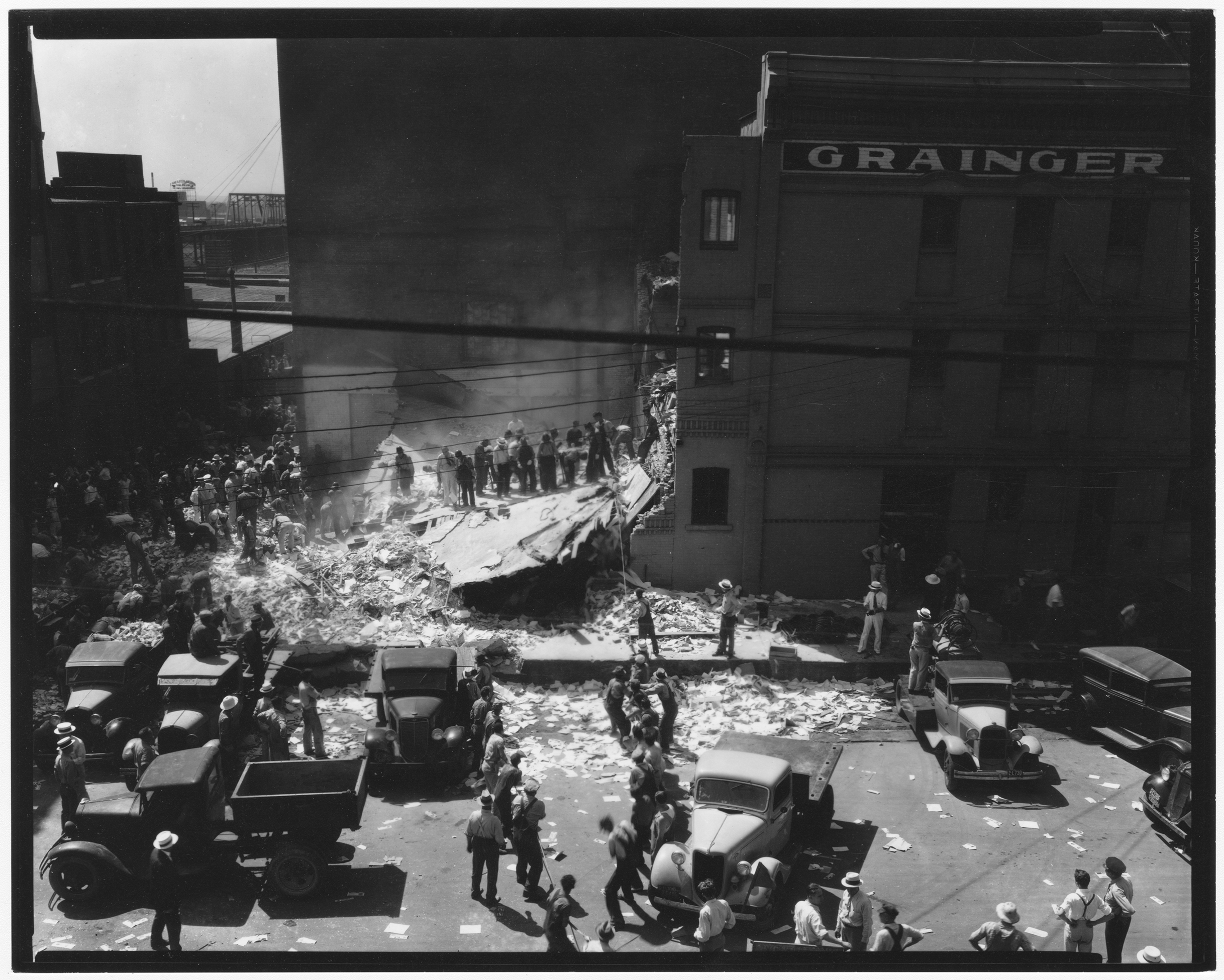