Jacob Dawson's cabin stood on this site by 1864, and it was there that the first federal court in Lancaster County convened in November of that year.  The cabin was also the local post office until 1867.

In 1884 the three-story St. Charles Hotel was built on the site, described as a medium-priced but elegant establishment.  After the turn of the century the building was converted to industrial uses, becoming the Lessenhop Creamery in 1927.  In 1981 the top two floors were removed and extensive remodeling took place.  Little remains of the original structure, but the Seaton & Lea emblem on the rightmost cast iron post is testament to an 1880s building.  This particular trademark is a special one for the Haymarket, identifying the foundry's location as Lincoln, while most of the other local examples cite Atchinson, Kansas, the ironwork’s original factory. 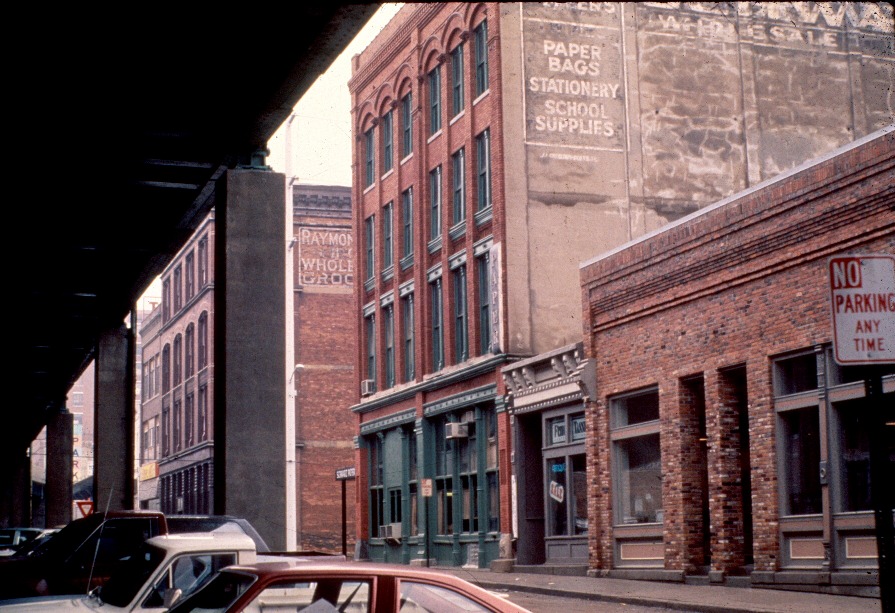 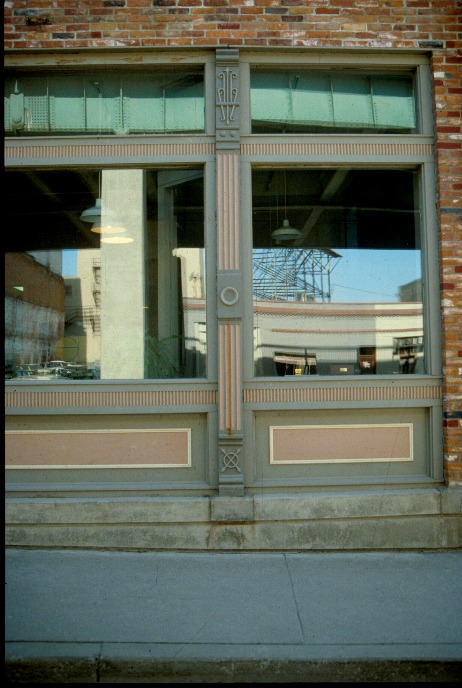 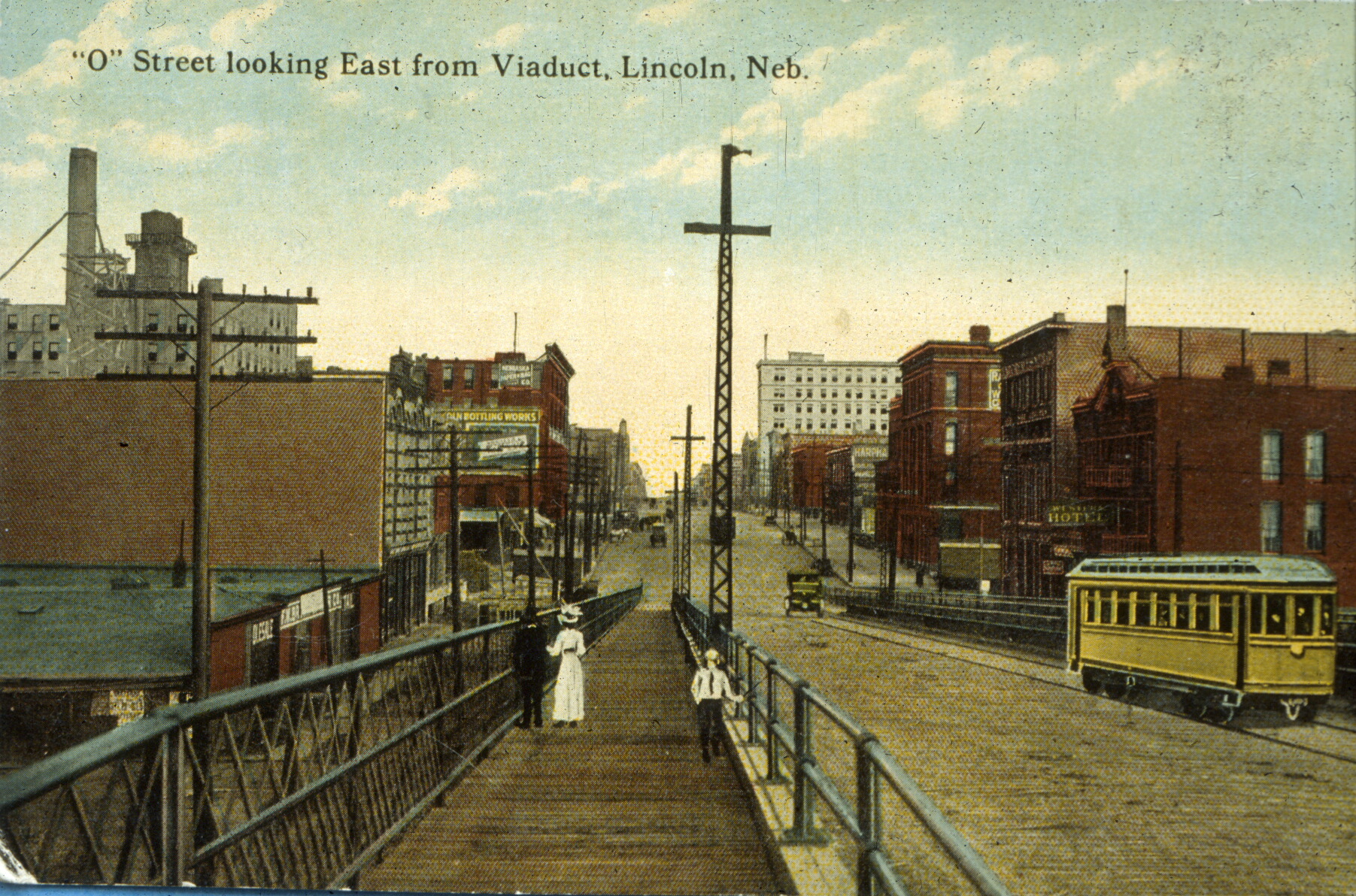