Bull Face to make waves with the sound of timeless garage rock for Lincoln Calling. 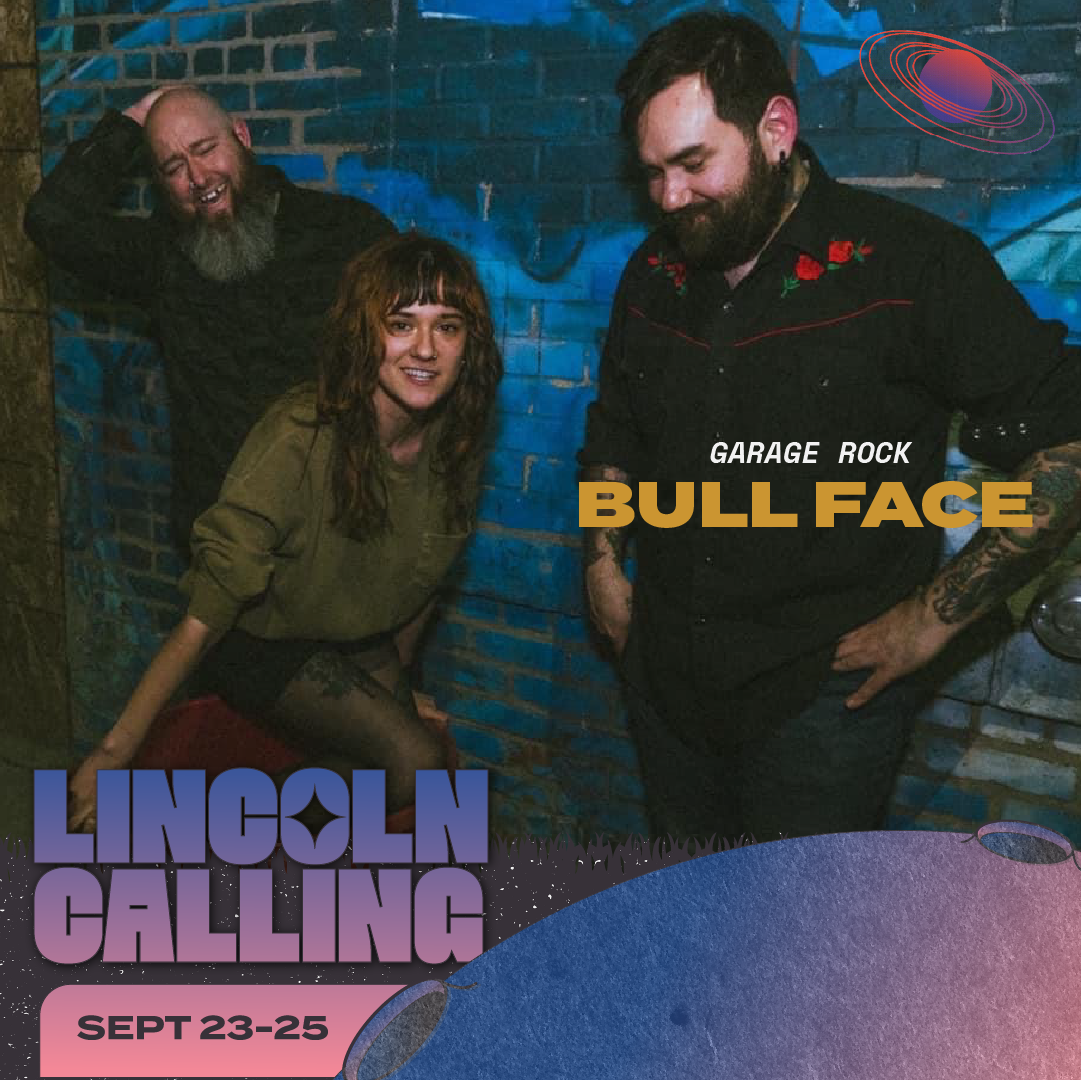 Bull Face is a new and upcoming band in Lincoln, with most of their members working downtown at Iron Brush Tattoo or Red Quill Tattoo. Matthew, Bradli, and Dakk have embraced hanging in the garage to get the timeless rock band sound.

They recently released their first-ever Ep, “Caught in the Grip” this summer. These self-proclaimed “rock monsters” will be performing for Lincoln Calling, 2:45 p.m. on Saturday in their Night Market stage.

Listen to their latest EP Caught in the Grip on Spotify and Bandcamp.

Dakk Thompson, the guitarist, divulged some details of the band.

DLA: Who is Bull Face?

Dakk: So Bull Face is a band in Lincoln. I had been in bands 12 years ago in Lincoln and I had stopped playing music for a long time and then started playing a little bit of guitar again. Matthew had just moved to Lincoln. And what I heard is he kind of just fiddle with drums a little bit. And so we started playing together and then it clicked real fast, and then we got Bradli and play bass for us. And that's kind of when it really became a band. At the end of 2019, I'd say Matthew probably started playing together like in May of 2019. So it's kind of been a long road don't we only have played a handful of shows because of COVID.

DLA: What are you most excited about for Lincoln Calling?

Dakk: Having to perform in front of a bigger audience, being able to see some touring acts, because everything has been so crazy and limited. I think this last year or a year and a half, people have been starved of doing anything in person, and then, you know, the Delta variant coming in, it’s been a bitter up a couple of months. But I think just being able to be able to perform in front of people in the community is going to be fun.

DLA: How would you describe your sound?

Dakk: It’s like garage rock with Frankensteined out of a lot of different stuff that we all really like and I'd say all three of us have very different tastes.

DLA: Who is your inspiration as a band?

Dakk:  People like Little Richard and the B-52s and some The Trash Women, The 5.6.7.8’s, it's all like garage rock with humor. We each individually have different genres we like.

DLA: If you were to make a Spotify playlist, who would you have on it?

Dakk: The B-52s for sure. Johnny Thunders, New York Dolls, we pull inspiration from them. The Temptations, The Four-Tops would be on it, any Motown Detroit stuff as a whole. Then some odd stuff, Matthew is into jazzy prog-rock and Bradli is kind of into Indie Rock and New Wave, and then I’d probably have 70s rock on there. Garage rock is pretty much across the board though.