Under the Kinkaider umbrella, the backroom lounge on P street is offering a whole new experience for the downtown crowd, from distillery tours to taste-testing clubs. 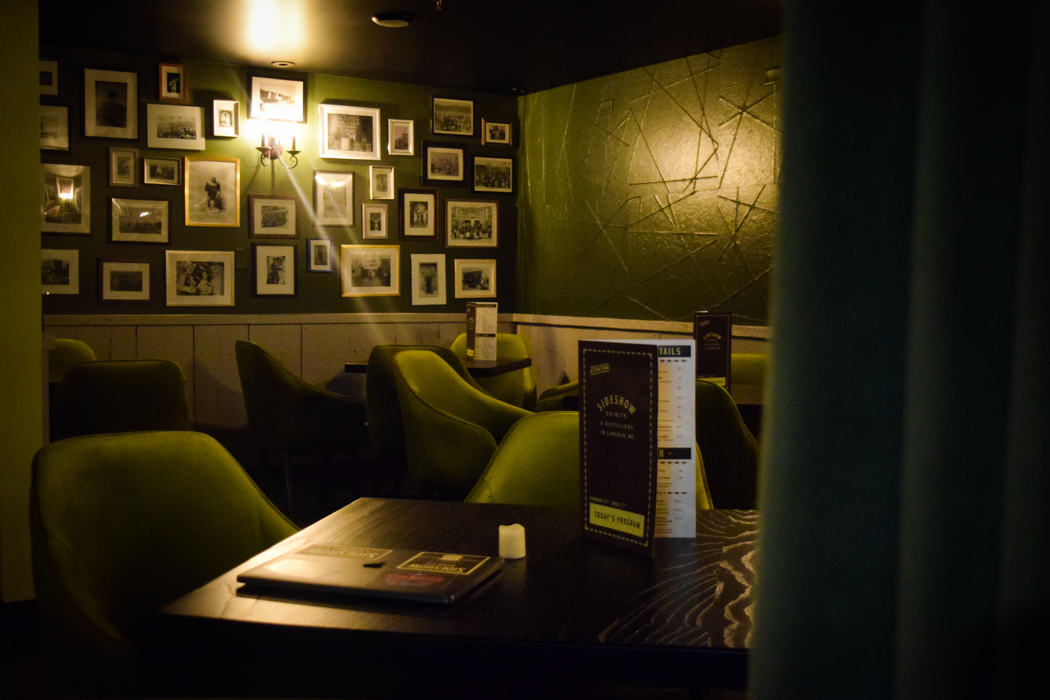 When Kinkaider Brewing took over the large brewery space at 1630 P Street, Cody Schmick saw it as an opportunity to do something totally different to make the location a destination. And he ran with it.

“We opened this insane business where one side is a pizza place and a nightclub, and the other is a high-end cocktail bar and a distillery, during this year of COVID,” he said. “We’ve got to be the only distillery connected to a nightclub in the United States. I don't know if anyone else would do something like this. But I like that about us. It's a little bit unexpected.”

Doing the unexpected is what’s kept Kinkaider growing as one of the top rated breweries in Nebraska, and provided the momentum to open a Haymarket Kinkaider taproom, an 80s themed pizza restaurant and nightclub on P street, and Lincoln’s first ever distillery, in the span of just a few years.

Boombox Social opened its neon-clad doors in April 2020 under the Kinkaider umbrella and was quickly followed by Sideshow Spirits and Cider, a dimly lit lounge in the back dedicated to craft cocktails and the businesses’ new line of in-house distillates. 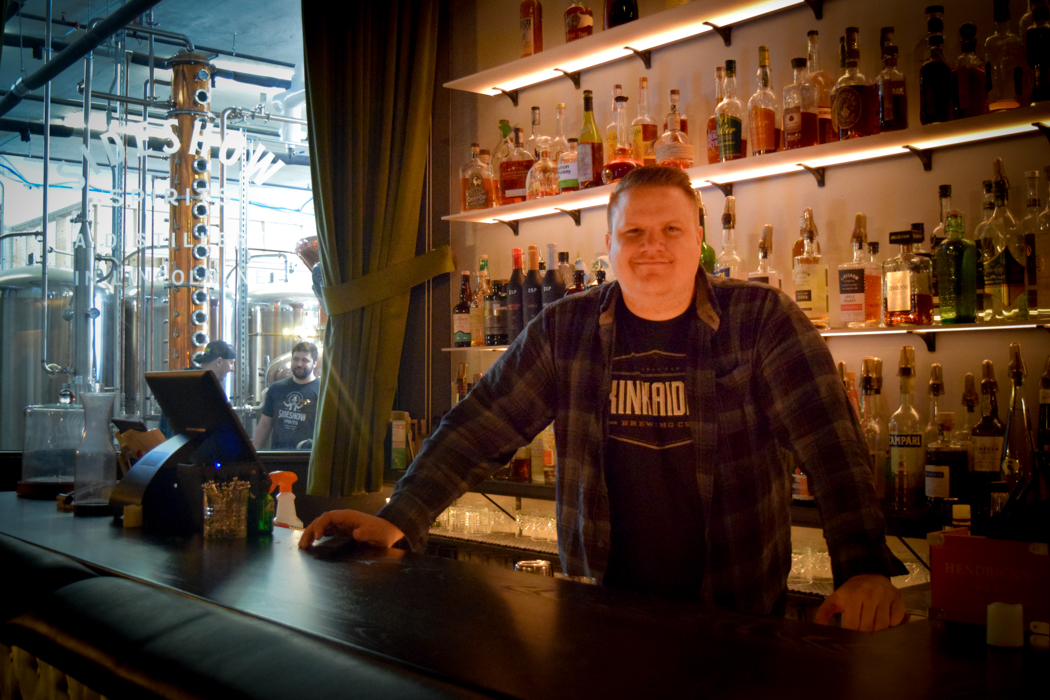 Cody Schmick, owner and operator of Sideshow Spirits and Cider

Schmick, who handles Kinkaider’s marketing and taprooms as well as owning and operating Boombox Social and Sideshow Spirits, went into the distillery project with the hope to create something very different from Kinkaider or Boombox Social.

“For me personally, I love developing and growing a brand,” he said. “We wanted to focus on keeping Sideshow as high-end and premium as possible, so it was important to me to start out on the right foot with the design.”

That means custom, plush green chairs and wallpaper, vintage photography on the walls, mood lighting, and even a high-end sound system with speakers meant to permeate the entire lounge.

The distillery itself even adds to the experience, with a large window connecting the lounge to the backroom. You’ll find the curtained, window motif engraved on Sideshow Spirit’s custom glass bottles, as well.

Kinkaider opened in 2014 and since then Schmick had been talking about the possibility of a distillery. After riding the wave of craft beer popularity, he’s excited at the prospect of craft distilling exploding in the next ten years. Sideshow is also happy to tout the title of Lincoln’s first ever distillery since before prohibition. 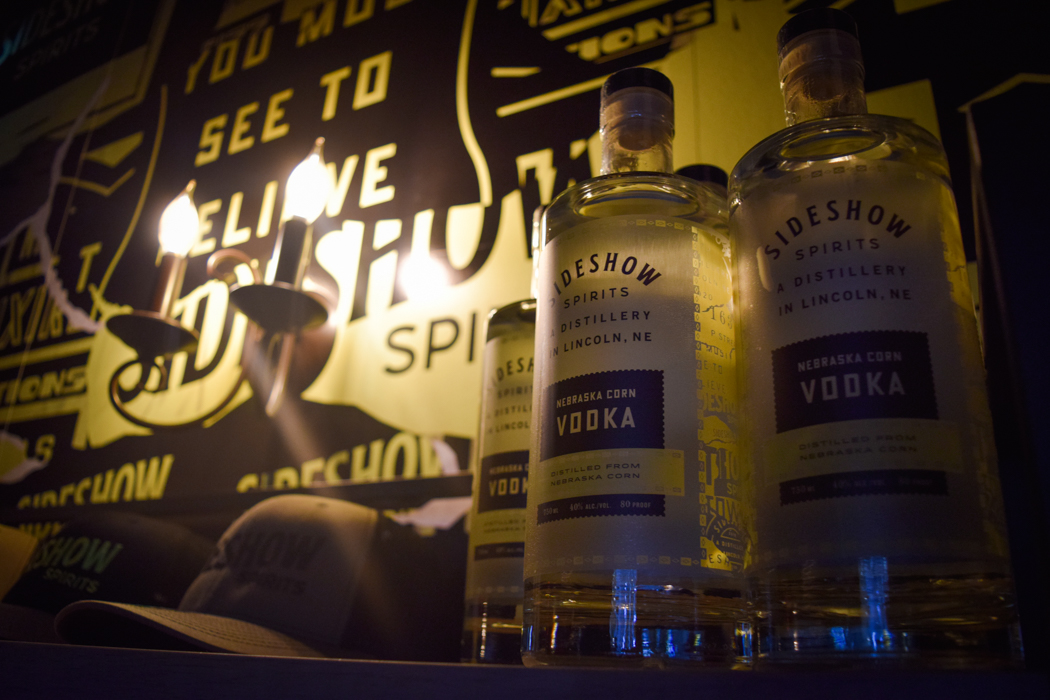 Among their house-made spirits is a white whiskey, Nebraska corn vodka, a jalapeno flavored vodka, and a hard cider. In the works is an apple flavored brandy and a barrel aged vodka.

Since Sideshow is making their spirits with Nebraska grown corn, it leaves a sweeter aftertaste, Schmick said.

You can learn about the whole process “from grain to glass” at a Sideshow Spirits distillery tour, which offer a tour, tasting, cocktail, and taster glass to take home for $25 per person. Book a tour here.

Real spirit enthusiasts can also join The Sideshow Society, a limited club where members can attend private tastings and enjoy special perks and gifts throughout the year.

“We really have put a lot of time and effort into building a feeling around Sideshow,” Schmick said. “You get a certain feel when you come in here. Especially when the bartenders are behind the bar shaking the drinks and you see the beautiful copper stills in the background, and you can enjoy a fantastic cocktail.”