The Veith Building ranks as Lincoln's best example of the small shops common throughout downtown in the 1880s and '90s, and as such it is individually listed on the National Register of Historic Places.  The building displays an abundance of architectural metalwork, including the cast iron storefront and second floor window lintels, pressed metal cornice, and wrought cresting.  The survival of the metal cornice and cresting is especially rare.  Note the nameplate on the base of the storefront columns of Seaton & Lea, Lincoln's own ironworkers.

Louis Veith opened his grocery store in this building in 1884 after working as a clerk in his brother Henry's larger grocery and hardware store.  Louis was out of business by 1890.  His building has had a wide variety of occupants since that time. 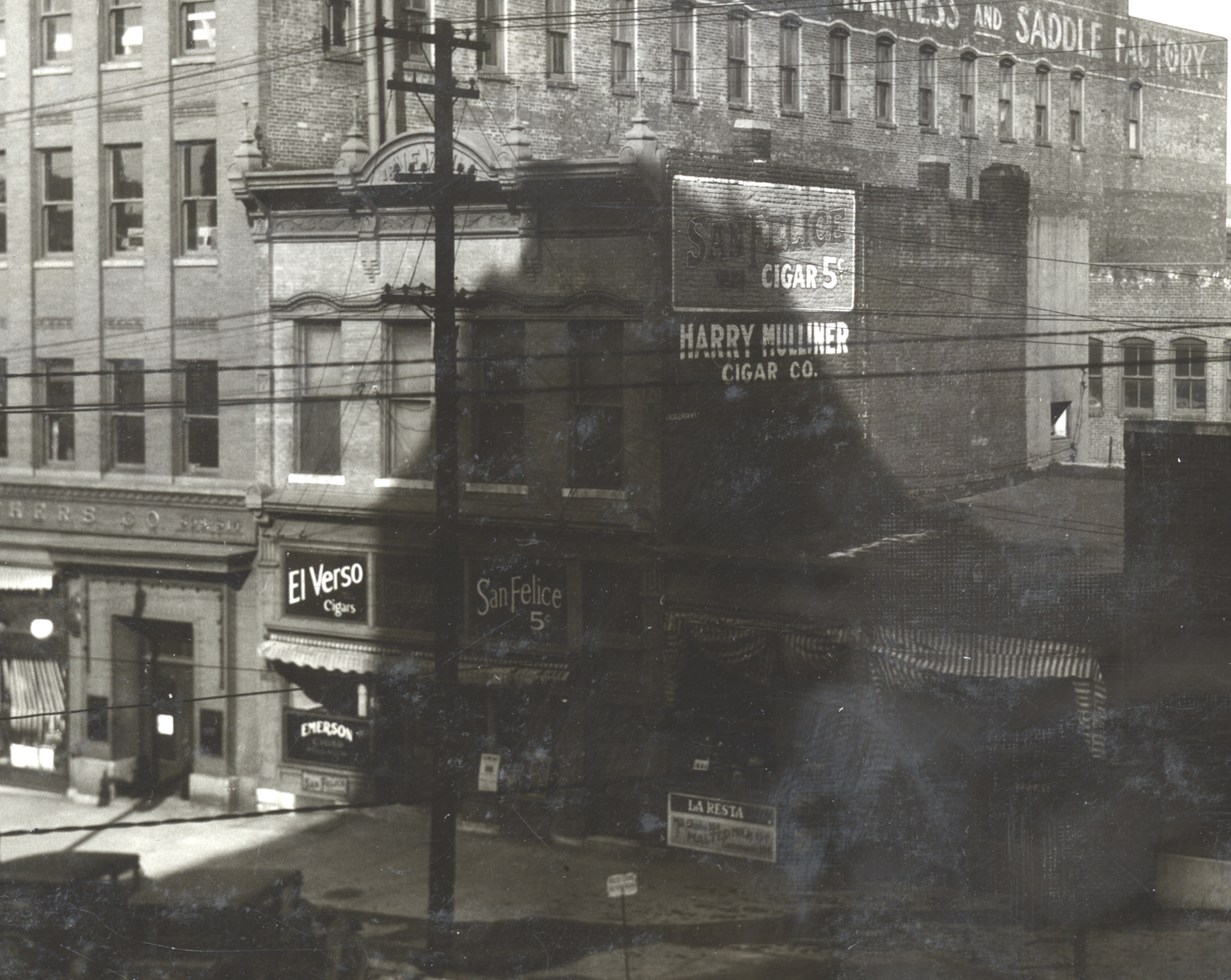